Kotsyubynska is the niece of the great Ukrainian writer Mykhailo Kotsyubynsky. She graduated from the Language and Literature Faculty of the Kyiv State University, as a “true pink” Komsomol member and was later to become a member of the Communist Party. She went on to work in the Shevchenko Institute of Literature in the same department as I. SVITLYCHNY and Y. BADZIO and was also to meet V. STUS. She completed her PhD at this time, and also wrote a number of studies on the Ukrainian avant-garde, as well as translating French poetry. The works of Taras Shevchenko occupied a special place in her work.

The Twentieth Congress of the Communist Party (where Khrushchev denounced Stalin’s crimes) was to devastate her, showing how very little she had understood. It was Y. SVERSTYUK, I. SVITLYCHNY and other Shestydesyatnyky [Sixties activists], united around the “Klub tvorchoyi molodi” [“Club for Creative Young People” (CCY)] who were to have a profound impact on her in the wake of this shattering of her illusions. She played an active role in CCY events, including literary discussions, exhibitions and readings. She took part in the memorial evening to Vasyl SYMONENKO held in December 1963 soon after the poet’s death.

Her first public act was in adding her voice to the protest against the arrests of members of the Ukrainian intelligentsia in 1965 expressed during the preview showing of S. Paradzhanov’s film ‘Tini zabutykh predkiv’ [‘Shadows of forgotten ancestors’] in September 1965. At a Party meeting in her institute, she was called on to renounce her views, to which she replied: “There has been no change in my moral stand”.

She was thrown out of the Party as a result and moved to another department of the Institute, and even her articles about the works of Taras Shevchenko could not be published. Finally, in 1968, she was dismissed from her position at the Institute as having “not fulfilled the requirements for the post”, although this step was taken under the pressure of the authorities. For a year she had no work (no one being prepared to offer her a job) and made ends meet with translations. It was only after a request from a Canadian communist whom she knew, M. Skypnyk, to the Central Committee of the Communist Party of Ukraine, that she heard at third hand that she might be taken on at the publishing company ‘Vyshcha shkola’ [‘Higher institute’] which was in the process of formation. Kotsyubynska was to work in this publishing company for 18 years.

In February 1966 Kotsyubynska signed a letter addressed to the Prosecutor General of the UkrSSR and to the Head of the KGB in which the authors expressed concern about the nature of trials being held of members of the Ukrainian intelligentsia (there were, in all, 78 signatures). In May 1966 on the instructions of the Central Committee of the Communist party of Ukraine, meetings were held in various establishments, institutes and other organizations, at which the activities of members of the intelligentsia, including Kotsyubynska, were condemned.
Asked about spiritual mentors during the 1960s and 70s, Kotsyubynska names the man of letters and renowned translator, H. KOCHUR and the writer B. ANTONENKO-DAVYDOVYCH. In this, the influence of the former was largely in the cultural and aesthetic field, while ANTONENKO-DAVYDOVYCH’s influence was more political.

Despite her active cultural and civic activities, Kotsyubynska does not consider herself to have been a dissident for, in her opinion, dissidents always think in a political way, whereas she herself only came to this through her art and certain ethical criteria, and she was never in fact a formal member of any human rights organization. Nonetheless she took part in protests (always signing letters of protest and petitions), wrote letters to her friends in captivity which at that time required a certain degree of courage.

In 1972 during the second wave of arrests of members of the Ukrainian intelligentsia, over a period of several months Kotsyubynska was regularly summoned for questioning to the KGB, subjected to searches of her home, and had texts ready for publication withdrawn. She behaved with calm dignity during these interrogations, not breaking under the stress of waiting for many hours. Having set themselves the task of discrediting the movement of Sixties activists, the KGB tried to extract public recantations from Kotsyubynska and Zenoviya Franko, the granddaughter of the great Ukrainian writer Ivan Franko, however Kotsyubynska managed to foil this plan. The KGB even used blackmail, threatening to take her child away (she had adopted a little girl), but had no success. Kotsyubynska wrote a hard letter to I. DZIUBA concerning the way the KGB had managed to break him. This was to prompt another search, and the letter fell into the hands of a KGB investigator and never reached the person it was addressed to.

Kotsyubynska was subjected to a new wave of repressions in connection with the arrests in 1977 of members of the Ukrainian Helsinki Group with whom she was friendly.

She was forced to endure yet another ordeal in 1983. She was caring for the widowed writer B. ANTONENKO-DAVYDYOVYCH, who suggested that they get married and she move in with him. She agreed to this however the authorities under various pretexts involving ANTONENKO-DAVYDOVYCH’s son, Yevhen, who was then in captivity, either cancelled or postponed the date for registering the marriage, and finally had him declared incapable of looking after himself and placed under the guardianship of his stepdaughter. The writer himself took this very hard and soon died, while all that time at work she was sent smutty letters about her relationship with ANTONENKO-DAVYDYOVYCH and given “a working over” at meetings.

Kotsyubynska returned actively to literature after 1987. In 1990 her monograph ‘Etiudy o poetike Shevchenko’ [‘Studies of the Poetics of Shevchenko’], written way back at the end of the 1960s, was published, together with a whole range of literary and critical articles. Kotsyubynska presently works at the Taras Shevchenko Institute of Literature of the Academy of Sciences of Ukraine and heads a creative team which put out an academic issue of the collected works of Vasyl STUS. 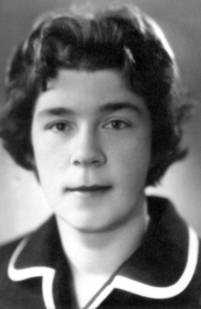