Active in writing material for and circulating ‘Chronicle of Current Events’, member of the Ukrainian Helsinki Group, political scientist and journalist

Malynkovych’s father was in the Military. After finishing school Malynkovych worked for two years as a lathe operator at the Kyiv factory ‘Kinal’ before entering the law faculty of Leningrad University.

Until 1956, Malynkovych as he himself put it “swung to and fro with the Party line, however, in contrast to the Party, after 1956 I did not swing back”.  The young lad was profoundly affected by what he learned about the horrors of Stalinism, and then the events in Hungary. Nonetheless he did not then turn away and has to the present day remained true to the socialist idea itself, having in mind, for example, the Swedish experience.

Up till 1961 the Law Faculty buzzed with civic activity with students involved in publishing newspapers, debates, different groups and arguments with the Party leadership. Then in 1961 the backlash began with many being expelled from the institute, threats and pressure resulting in one person committing suicide. Malynkovych was himself expelled from the university in his second year formally for an infringement of public order, but in fact for his active student engagement. Having worked for half a year, he entered the Kyiv Medical Institute which he was to graduate from in 1967, after which he was immediately taken on to work as a military doctor in the army for 25 years.

After the trial of Yuli Daniel and Andrei Sinyavsky in 1965, Malynkovych once and for all “parted company with the regime”. He wrote his first letter of protest in connection with the seven-day war in the Middle East which he addressed to the then Minister of Defence of the USSR, Grechko. This was also a personnel dilemma for Malynkovych who did not want to serve in the Soviet Army at all, let alone at such a time. There were no consequences, nor any answer to his letter, and Malynkovych was still accepted into the army. Then in August came the invasion of Czechoslovakia. For openly expressing his real attitude to this in front of a row of soldiers, Malynkovych was kept in a special unit of the Kyiv military circuit where all attempts were made to intimidate him, then a year later an officers’ ‘court of honour’ was held and he was thrown out of the army. He was unable to find any work for a long time, then from 1970 worked as a district doctor and later as a radiologist in an endocrinology institute. In 1973 he successfully defended his PhD thesis.

His circle of friends included V. NEKRASOV, J. ZISELS, M. Bilorusets, the lawyers Horodetsky and Kiselyov, artists and others from the liberal wing of the intelligentsia.  He was then only connected with the Ukrainian Shestydesyatnyky [Sixties activists] through friends who moved in both circles. However after the second wave of arrests of members of the Ukrainian intelligentsia from 1972-1973, the contacts became direct and much closer although he remained rather wary of the Ukrainian nationalist ideas and in particular continued to support the official status of the Russian language in Ukraine.

From 1969 Malynkovych participated in the laying of flowers and gatherings at the Monument to Taras Shevchenko on 22 May (the anniversary of the poet’s reburial after dying in exile), and in Baby Yar on 29 September to commemorate the thousands of victims, mainly Jewish, of the Nazi massacre. From the beginning of 1970 Malynkovych became more active in human rights work, regularly sending letters of protest, circulating samizdat and passing on information for ‘Khronika tekushchykh sobytyji’ [‘Chronicle of current events’]. From 1975 to 1979 there was a “permanent war with the authorities”, with endless attempts at provocation, warnings, detentions, secret searches of his home. Malynkovych concealed nothing: he spoke at public meetings, openly informed Andrei Sakharov by telephone about arrests, about his conversations with the authorities and so forth. It was at this time that he met O. MESHKO who herself lived under close scrutiny.  In October 1978 he joined the Ukrainian Helsinki Group (UHG). In one ‘conversation’, a KGB officer (later to become the head of the Security Service of Ukraine), V. Radchenko, demanded that Malynkovych signed a statement announcing the dissolution of the UHG. The latter refused and was beaten up several times by unidentified individuals.

In September 1979, as the next provocative attack against Malynkovych, a woman from Chernivtsi claimed that he had raped her and infected her with a venereal disease. This was alleged to have taken place in Chernivtsi whereas at the time in question Malynkovych had been in Kyiv. This time he was faced directly with an ultimatum: emigrate or be arrested. The same officer, Radchenko told his wife: “We won’t make any agreements with him – we will put you both inside and place your daughter in a children’s home. Then let your world community help you”. On the night of 1 January Malynkovych and his family left for Germany, where he worked for Radio “Svoboda” [Radio Liberty] as senior editor and presenter of a number of programs, including the program ‘On the national issue in the USSR’. He was also the editor of the journal ‘Forum’, which aimed to provide an opportunity for dialogue between Russian and Ukrainian émigrés. Malynkovych himself continued to defend liberal and socialist values. He was a foreign representative for the UHG, and also a co-founder of the International Helsinki Association and co-chairperson of the Democratic Union of Soviet Political Émigrés.  During this period Malynkovych also wrote the books ‘Golod 1933 goda na Ukrainye’ [‘The Famine of 1933 in Ukraine’] and ‘Afghanistan v ognye’ [‘Afghanistan burning’].

In 1992 Malynkovych returned to Kyiv and became one of the most prominent politicians in Ukraine. He was the ideologist behind the presidential campaign of Leonid Kuchma, and when the latter came to power, became his adviser. However he left the Administration after protesting against the appointment of V. Radchenko Minister of Internal Affairs. Until November 1997 he was in charge of the Institute of Integration Issues of the Kyiv Centre for political studies and conflict management, and also published a large number of articles in the press. In 1997 he founded the party ‘SLON’ [Social-Liberal Organization], however left it at the very beginning of the election campaign, objecting on ethical grounds to the inclusion of several people on the party’s list of candidates. 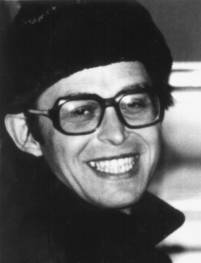