Matusevych’s father was an agronomist, his mother a teacher of biology. He studied at the History Faculty of Kyiv State University, however was expelled when already in his fourth year, officially for “lack of progress”, but in fact for “suspicious political behaviour” in laying flowers at the Monument to Taras Shevchenko on 22 May (the anniversary of the poet’s reburial in Ukraine), and for his support for arrested members of the Ukrainian intelligentsia. He worked as an editor in a publishing company for medical literature.

Matusevych was a founding member of the Ukrainian Helsinki Group (UHG) in November 1976 and took part in drawing up UHG Memorandum No. 1 on the violation of human rights in Ukraine. This was to be the first document based on international legal norms written on behalf of a human rights organization. Almost all the appeals and memoranda issued by the UHG before April 1977 were signed by Matusevych.

On 26 December 1976, the KGB carried out searches of the homes of members of the UHG in the course of which 40 US dollars were “found” in the flat of M. RUDENKO, some pornographic cards in O. BERDNYK’s home and an old German rifle in O. TYKHY’s flat.  Matusevych joined M. RUDENKO, O. BERDNYK and M. MARYNOVYCH in declaring a hunger strike in protest at such deliberate provocation. After the arrest of M. RUDENKO and O. TYKHY, Matusevych signed an Appeal addressed to the State signatories of the Helsinki Accords calling on them to help obtain the men’s release.  In March and April, 1977 Matusevich was repeatedly summoned to interrogations in connection with the cases involving RUDENKO and TYKHY.
In March 1977 at an evening dedicated to Taras Shevchenko at the Kyiv Philharmonia, Matusevych, together with M. MARYNOVYCH, despite the efforts of the organizers to stop them, appeared without warning on the stage and called on those present to sing Shevchenko’s ‘Zapovit’ [‘Testament’][1].

On 24 April 1977 Matusevych was arrested together with M. MARYNOVYCH and charged with “anti-Soviet agitation and propaganda” under Article 62 § 1 of the Criminal Code of the Ukrainian SSR and with “hooliganism” under Article 206 § 1.  The first charge was connected with his participation in ‘producing and distributing’ UHG documents, specifically the UHG Declaration and Memoranda No. 2, 10 and 11. The supposed ‘hooliganism’ related to an event four years earlier when Matusevych had stood up for a young Ukrainian girl whom some tourists had addressed in an offensive manner.  Matusevych refused to take any part in either the investigation, or the trial which was held between 22 and 27 March 1978 in the town of Vasylkiv in the Kyiv region. The two men both received the maximum sentence possible under Article 62 § 1, this being 7 years harsh regime labour camp and 5 years exile.  From the beginning of June 1978, Matusevych served this sentence in the Perm political labour camps, Camp No. VS-389/35 at the station Vsekhsvyatskaya, Chusovoi district, Perm region.

It was not only Matusevych’s wife, Olha HEIKO-MATUSEVYCH, who suffered persecution in connection with his imprisonment, but also his sister, T. Matusevych. At the factory where she worked, meetings were organized where she was criticized for not distancing herself from the ‘anti-Soviet activities’ of her brother. Those speaking even suggested that her work as an engineer could not be trusted.

In the camps Matusevych signed many letters and appeals, took part in protest hunger strikes on the Days of the Political Prisoner and on Human Rights Day, as well as in strikes as a sign of protest at violations of the rights of prisoners, etc.  Together with Y. Orlov, Z. ANTONYUK and V. MARCHENKO he put together material on the basis of which the Moscow Helsinki Group put out Document No. 87 ‘On the position of prisoners in Soviet labour camps’ on 25 April 1979.  For these activities, Matusevych was on several occasions deprived of visits and not allowed to receive letters, and was on 9 occasions placed in punishment cells – in all, for a period of 10 months.

In October 1979, Matusevych’s mother issued an ‘Appeal to all people of good will’ calling upon them to defend her son. On 5 February 1980 a KGB officer told his mother that she would be allowed to see her son if she agreed to ‘exert influence’ upon him.  In December 1980 his mother made an appeal to the Madrid Conference[2] and to the International Red Cross, and then in January 1981 to the 26th Congress of the Communist Party of the Soviet Union.

On 17 September 1980 Matusevich was sentenced to 3 years in prison and was moved to Chistopol Prison, No. UY-148/st.-4g, in the Tatarstan Autonomous Republic of the USSR.
Matusevych served his term of exile in the village of Kira in the Chytynsk region. Having received a ‘pardon’ (as part of the Gorbachev campaign) in 1988, Matusevych refused to leave his place of exile demanding full rehabilitation. The KGB organized various attempts at provocation, including attempts on Matusevych’s life.

Since the beginning of 1989, Matusevych has lived in the town of Vasylkiv in the Kyiv region where he works as a builder.

[1]  It was in keeping with this poetic ‘testament’ that students carried Shevchenko’s body back from exile in Russia and buried him high above the Dnipro river in Kaniv.  The testament is, however, about much more, calling on the poet’s countrymen and women to rise and break free of the fetters binding them. (translator’s note) 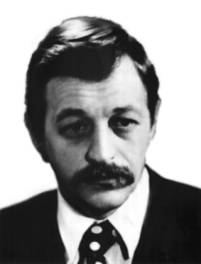