Ratushinskaya’s family had Polish aristocratic roots. Her great-grandfather was killed during the Polish Uprising of 1963, while her father, an officer in the Russian Army, took part in the White Movement (against the Bolsheviks). Her mother was a teacher, her father an engineer, while she herself graduated from the Physics Faculty of Odessa University.

She first came into conflict with officialdom while at school where she was considered too ‘political’: she showed her aversion to atheist propaganda.  Her first run-in with the KGB came during her student days after she was asked to work in a group of informers specializing in contact with foreigners. Ratushinskaya refused and was warned that she could say goodbye to a career as a physicist.

She read a great deal and became familiar with samizdat, typing out some of the works prohibited at the time. “The Gulag Archipelago” was her most authoritative textbook, and the motto she found there[1]: “Believe nothing. Fear nothing. Ask for nothing” became hers also in her dealings with the KGB.

She worked as an assistant for a while at the university, but lost her position due to her refusal to comply with anti-Jewish university entry regulations. She then found work as a physics and maths teacher in a school, but again came under pressure and moved to giving individual tuition. Her students whom she was getting ready for trying to get into university were summoned to the KGB, just like adults, for ‘private’ conversations.

She had known her future husband, Igor Gerashchenko, since childhood, with their parents being friends. They themselves were true soul mates, sharing views and interests. They were married in a church wedding in 1979.

Ratushinskaya and her husband were in close contact with human rights activists and samizdat authors from both Moscow and Leningrad. They published a number of articles and human rights documents in samizdat journals quite openly under their own names. Both were first subjected to administrative arrest on 10 December 1981 for taking part in a demonstration near the Pushkin Monument in support of human rights. Ratushinskaya’s poems and short stories had been circulated in samizdat since 1973.  Her principle was to be totally open in her literary and human rights activities.

In connection with this appeal, the couple were summoned to the KGB where the latter made threats and demanded that they sign a warning about criminal responsibility in accordance with the Decree of the Presidium of the Supreme Soviet of the USSR of 25.12.72. They both refused.

A number of searches were carried out of their home in 1982, and on 17 September Ratushinskaya was arrested.  She was charged on the basis of 6 poems from different years, with the fact that her works had been published abroad, with holding samizdat literature, as well as with her human rights activity, in particular, the address to the Soviet government protesting at the forced exile of Andrei Sakharov. It was her poems which were presented as proof of ‘anti-Soviet agitation and propaganda’: "in them she makes defamatory remarks about the Soviet State and social order, for example, claiming that our country is ‘impoverished’, ‘breeds loyal slaves” and suggesting that ‘terror is used against dissidents’ (from the verdict). Ratushinskaya denied any guilt and refused to take any part in the trial proceedings.  She was sentenced under Articles 62 § 1 of the Criminal Code (CC) of the Ukrainian SSR and 70 Part 1 of the CC of the RSFSR (both ‘anti-Soviet agitation and propaganda’) to 7 years labour camp and 5 years exile. At 29 she was the youngest in the camp for women political prisoners. Joseph Brodsky in an article dedicated to Ratushinskaya’s work wrote: “Political court trials are criminal by definition. The trial of a poet is an offence – one that is not merely criminal, but above all anthropological. It is a crime against language, against that which raises human beings above the animal world”.

She served her sentence in camp No. ZhKh-385/3-4 in Barashevo in the Tengushevsk district (one of the Mordovian political labour camps). Together with other prisoners she signed an appeal to the governments of western countries “In defence of rights which are being trampled upon”. At the beginning of September 1983 a hunger strike was declared in the women’s political zone. From 24 September those refusing to eat were force fed.  Ratushinskaya suffered concussion from the force applied, yet the camp doctor V.A. Zhirkova-Volkova refused to treat her. From 7 to 23 December 1983 and from 30 January 1984 she was held in a punishment isolation cell where she contracted pneumonia. She was placed in the camp hospital and prescribed medication however the doctors refused to tell her what the drugs were, so despite her serious condition, complicated by a kidney disorder, she refused to take them.

The campaign in support of Ratushinskaya spread through the entire world. Amnesty International demanded that she be freed, while the international PEN-club which Ratushinskaya had been a member of since 1983 sent a special appeal to the Soviet government calling for her release.
In August 1986 Ratushinskaya was moved to Kyiv. On 9 October 1986, the day before the meeting between Mikhail Gorbachev and Ronald Reagan in Reykjavik, KGB General Y. Marchuk took her home, following a special decree from Gromyko. She couldn’t believe it at first. Her motto “Believe nothing. Fear nothing. Ask for nothing” worked at a subconscious level. She came home ill and emaciated. After the camp doctors, she had lost all faith in medicine in her own country and began asking to leave for treatment in England. Later, during an international poetry festival in Holland, just before she was about to appear, she was informed by telephone that she and her husband had been stripped of their Soviet citizenship.

After leaving the USSR, Ratushinskaya and her husband travelled a lot, carrying out a campaign in support of Soviet political prisoners. Ratushinskaya has also concentrated on her writing, and has received 5 International Awards for her poetry and prose. Her books have been published in 15 countries. Her memoirs “Grey is the colour of hope” [“Sery – tsvet nadyezdy”] won her worldwide recognition, and was chosen as one of the 30 best books published in any language to be given to Queen Elizabeth that year. The book is about life in the only political camp for women in the Soviet Union. It has been published in 18 countries and was the top bestseller in Sweden and Finland.

In 1991 Ratushinskaya had her citizenship reinstated and in 1992 she was rehabilitated. Up to 1998 she and her husband, with their twin sons, lived in London, then in December 1998 they moved to Moscow.

[1]  In the second volume, chapter 19, Solzhenitsyn explains that this was a camp prisoner’s commandments, the adherence to which gave the only chance of surviving in the totalitarian regime. (translator’s note) 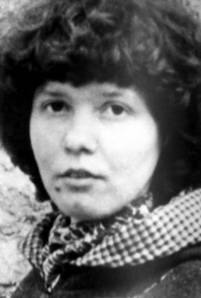