Strokata graduated from the Odessa Medical Institute where she later worked, first as an assistant in the Department of Microbiology, then as a research assistant of the institute. During this time she published 23 scientific works.

In 1961 she married Sviatoslav KARAVANSKY who had been released in 1960 after 16 years in the camps. Following her husband’s new imprisonment in 1965, Strokata took up the struggle against his illegal arrest and conviction, despite demands from the heads of her institute that she renounce him.  In December 1966 she addressed a letter to the head of the camp where KARAVANSKY was serving his sentence, to the General Secretary of the Central Committee of the CPSU, Leonid Brezhnev, and also passed a copy to the editorial board of the French communist newspaper “L’Humanité, with the following “appeal”: “Over the last 18 years the administration of the labour camps has not succeeded in exerting their influence upon the prisoner, S.I. Karavansky, yet his family are not given the chance to have the contact with him permitted in legislation. Therefore, I, wife of S.I. Karavansky ask you to SHOOT him in order to put an end to my husband’s long years of torment and the unceasing conflict between Karavansky and the administration”.

Travelling to the camp for a visit to her husband, Strokata met Larissa Bogoraz, and then other Moscow human rights activists. Virtually from the first moment that ’Khronika tekushchykh sobytiy’ [’Chronicle of Current Events’ (CCE)] began coming out in 1968,  Strokata acted as its representative in Ukraine, bringing Ukrainian samizdat to Moscow and translating it into Russian.  In May 1969 after a meeting with her husband in the Vladimir Prison Strokata was searched and her husband’s notes, which she had hoped to take to the outside world, were removed. In 1970 Strokata sent a letter to the Supreme Court of the UkrSSR protesting against the harsh sentence meted out to Valentyn MOROZ.

In April 1970 S. KARAVANSKY was sentenced while in prison to an additional term – 5 years in prison and 3 years exile. Strokata’s energetic attempts to defend her husband in this court case led to the court passing a separate resolution demanding that she be punished. Long-term pressure at work finally ended with her dismissal from the medical institute in May 1971.

Since she could not find work in Odessa, Strokata moved to Nalchyk (in the Caucuses) where she was offered a teaching job in a medical technical college. In Autumn 1971 she swapped her flat in Odessa for a flat in Nalchyk and settled there together with the family of Yury SHUKHEVYCH (BEREZYNSKY). At the same time in Odessa, a doctor, Aleksei Ptrytyka, was arrested, who admitted to having exchanged prohibited literature with both Strokata and a teacher of Ukrainian, A. Reznykov. On 11 October 1971 A. Reznykov was arrested, and on 6 December Strokata herself. She was accused of distributing the journal  ‘Ukrainsky visnyk’ [‘Ukrainian Herald’ ] and samizdat material.

In response to her arrest Ihor KALYNETS and Viacheslav CHORNOVIL created a “Public Committee in defence of Nina Strokata” which was also joined by Vasyl STUS, L. Tymchuk, Pyotr Yakir and others. This was the first open human rights organization in Ukraine. However by the beginning of 1972 almost all members of the Committee had themselves been arrested. They had had time to publish only two documents – the statement declaring the formation of the committee and the article “About N.A. Strokata (Karavanska)”

The trial of Strokata, A. Reznykov and A. Prytyka on charges under Article 62 §1 of the Criminal Code of the Ukrainian SSR (“anti-Soviet agitation and propaganda”) was held from 4-18 May 1972 in the Odessa Regional Court. Strokata was sentenced to 4 years harsh regime labour camp.

She served her sentence in the women’s Camp No. ZhKh-385/3, the settlement of Barashevo, Tengushevsk district (one of the Mordovian political labour camps).  Despite being in ill health all through her sentence, she insisted on taking part in all protest hunger strikes, as well as signing protests and appeals from the political prisoners to Soviet and international bodies. In 1974 she was made a member of the American Association of Microbiologists.

In 1975 Strokata formally stated that she was renouncing her Soviet citizenship. She spent the last part of her sentence in the oncology clinic of the Ministry of Internal Affairs in Rostov on the Don. After her release, she lived in the town of Tarusa in the Kaluzhka region where she was placed under administrative surveillance, this being regularly extended right until she left the USSR. Her husband was also placed under administrative surveillance in Tarusa when he too was released from the camp.

In 1976 Strokata was a founding member of the Ukrainian Helsinki Group (UHG). She played an active part in the work of the UHG and was involved in drawing up, as well as signing, virtually all documents – protests and appeals – issued by the Group. She was in regular contact with members of the Moscow Helsinki Group.

In February 1977 a search was carried out of Strokrata’s home in connection with the case involving Alexander Ginsburg, and samizdat texts and the UHG Declaration were confiscated.

Even after they received permission to leave the USSR the authorities did not withdraw administrative surveillance from Strokata and her husband: they were only allowed to travel to Moscow in order to organize their exit documents one at a time, each having one more “infringement of surveillance rules” imposed.

On 30 November 1979 Strokata emigrated with her husband to the USA, where they settled in Denton. Strokata was a member of the External Representation of the Ukrainian Helsinki Group. Her book about women political prisoners in the USSR “Dokumentovane peresliduvannya 1975 – 1980” [“Documented persecution 1975 – 1980”] was published by the publishing house “Smoloskyp”. 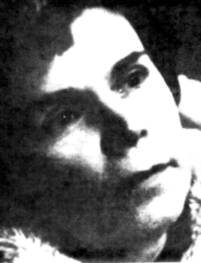