One of the prominent representatives of the Shestydesyatnyky [Sixties activists], enjoying enormous respect and influence among them

Leonida Svitlychna (neé Tereshchenko) was born in Kyiv near Khorevyts Hill. Her father was a student architect, her mother a housewife. She was christened in the Pokrova Orthodox Autocephalous Church on Solomyanka.

Her first visual impressions were of Andriyivsky Sobor and a two-hundred-year-old lime tree, while her first memories of sounds were of the Ukrainian songs which her parents would sing as a duet.

Leonida laid flowers at the grave of Mazepa’s mother and the grave of the fighters from the regiment named after Bohdan Khmelnytsky, shot by Muravyov.
In 1929 the monastery was closed. All her life, Svitlychna said she was tormented by the cry of the bells as they were hurtled from their bell-tower.  In 1936 churches were destroyed everywhere – the Pyrohoshcha Church of the Mother of God, the Brotherhood Cathedral of the Epiphany, the Church of the Birth of the Mother of God in which the burial service had been read for Taras Shevchenko.

The beginning of her school studies coincided with the Holodomor [Famine] of 1932-1933. Walking to school, she would pass the bodies of those who had died. In order to prevent the children from starving, her mother took her rings, silver spoons and even the frame of an icon to “Torgsyn” (“Trade with foreigners”). Her grandfather and many relatives died of starvation. A typhus epidemic also began.

After the murder of Kirov which was used as a pretext for destroying the Ukrainian intelligentsia, Svitlychna began to read newspapers.  She heard conversations between her parents about the trial of members of Spilka Vysvoleniya Ukrainy [Union for the Liberation of Ukraine]. Many people she knew were arrested.

1937 came. The best teachers disappeared, and the parents of many of the students were arrested. The children were placed in children’s homes – against the background of upbeat marches to mark the introduction of Stalin’s constitution.

A parallel class from the Jewish school was transferred to Svitlychna’s school, and students appeared from the Polish and German schools – in 1938 schools for national minorities were closed.

Then the pre-war years, the Finnish War … Young men were mobilized even from higher educational institutes.  Fees for tuition were introduced in the senior classes of secondary schools and higher institutes with the poorest thus being forced to abandon their studies. There were queues for food items, a camouflaged ration card system, and bread and milk in limited quantities were distributed around the flats.

Svitlychna was a first-year student of a construction institute on geodesic practice on the first day of the War.  A month and a half later German troops were just outside Kyiv.  Volodymyrska Street near the NKVD was strewn with burning paper. All those older than 16 were sent out “to the trenches” which the Germans calmly passed by. A week before the arrival of the Nazis, the authorities swore not to let Kyiv fall.

On 20 September 1941 German forces occupied Kyiv.  The mass executions at Babi Yar followed, along with famine, pillaging, and people being sent to forced labour in Germany.  To save herself from the latter fate, Svitlychna became a student first of the Medical Institute, than of the Irrigation and Drainage Construction Institute – these being the only institutes still allowed to function under the Nazi occupation.

In September 1943 the Germans drove the remainder of the population out of Kyiv. She was separated from all her relatives and people she knew. Having spent some time in a vault in the Baikove Cementary, Svitlychna returned home with her mother to the Frolivsk Monastery. “That journey through empty Kyiv streets, when anybody could have killed us is one of most terrible memories of my entire life”, she was to recount.

In 1944 Svitlychna was able to renew her studies at the Construction Institute, which released her from mobilization into the armed forces. Their accommodation had no heating, they were hungry and in rags, however she managed to study.  And at the same time she needed to earn money since the student grant could not even buy a loaf of bread at the market.  It was especially tough during the famine of 1946 – 47.

In 1948 Svitlychna graduated from the institute and faced the prospect of having to leave for Krasnoyarsk-20. There was no chance of her doing post-graduate studies as she had remained on occupied territory.

Svitlychna succeeded in managing to remain in Kyiv, and took part in planning Kyiv bridges (surely that was a paradox: having been on occupied territory was not regarded here as being an obstacle).

She eventually began post-graduate studies in the Institute of Construction Mechanics of the Academy of Sciences of the Ukrainian SSR.  However there was no way of studying at home, and she worked in the Vernadsky Library of the Academy.  It was there that she met Ivan SVITLYCHNY.

They were planning to get married in 1955, but due to the death of Ivan’s father, postponed the wedding for a year.

For over three years they lived (or, more accurately, slept) in Svitychna’s mother’s room, where, as well as them and her mother, there was also her brother’s family – in all, six people in a room of 14 metres.

After completing her PhD, Svitlychna worked as an assistant in the Construction Institute, while Ivan was a junior research assistant in the Institute of Literature of the Academy of Sciences of the UkrSSR.  Their life was very difficult as their salaries were pitifully small, and they needed to help their mothers. With Ivan’s passion for books, there was no possibility of thinking about any clothes.

However they were young and full of optimism. Ivan, with his innate charisma and leadership qualities, was always at the centre of public events. Leonida was never a leader, but with her natural spirit of independence seen from childhood (at school she taught other children), she provided the family with strong back-up, and was the “guarantor of their being and making it through” as Ivan wrote in a sonnet dedicated to her. Without such support, the civic activity would have suffered: the KGB often exploited family difficulties.

Svitlychna was always determined and uncompromising in her convictions. She played an active role in the work of the “Klub tvorchoyi molodi” [“Club for Creative Young People” (CCY)] and after its closure, it was thanks specifically to her that in the one-room flat that she had with Ivan SVITLYCHNY, creative young people could gather and any person in need could find support and shelter.

In whatever way she could she helped the families of prisoners. For some time, she and V. LISOVA and M. KOTSYUBINSKA were the administrators of the Solzhenitsyn Foundation for Political Prisoners and their Families in Ukraine. And, of course, she provided moral and material support to both her husband and Nadiya SVITLYCHNA, to her mother-in-law, and to Nadiya’s son, Yarema.

Having retired, she lived with Ivan in exile in the Altai Mountain region.  When, in 1981, he had a stroke, she spent 9 months with him in hospital, and then for 18 months until the end of his sentence (which against all human norms, not to speak of God’s law, was not remitted) she lived with him in a hostel among alcoholics and prostitutes. In January 1983 she brought him back to Kyiv. For the last three years Ivan could not speak or move, and he required special care.

In 1989, together with Ivan, Svitlychna prepared his book “Sertse dlya kul’ i dlya rym” [“A Heart for bullets and for rhyme”] which was published in 1990. In 1994, Ivan SVITLYCHNY was posthumously awarded the Shevchenko Prize for this book.

After Ivan’s death, together with his sister, Nadiya SVITLYCHNA, Leonida prepared a book of his poems under the title “U mene tilki slovo” [“I have only words”] (published in 1994) and a book of recollections Dobrookiy [The man with kind eyes] Memories of Ivan Svitlychny (published in 1998). She also had a book of his letters from the camp published with the title “Ne dokhodyat nenapysani lysty” [“Unwritten letters don’t reach us”].

Leonida (“Lyola” as all her friends knew her) Svitlychna died in Kyiv on 18 February 2003.  She is buried in Baikove Cemetery next to her husband. 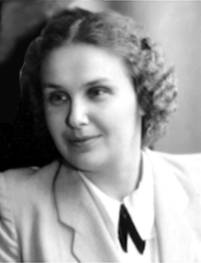