Arrested at 15 as the son of the Main Commander of UPA (the Ukrainian Resistance Army), he spent 38 of his life in captivity as a Ukrainian nationalist

Roman Shukhevych, Yury’s father, was a member of the Organization of Ukrainian Nationalists (OUN) from 1929. In 1939 the family moved to Krakov, however in 1941 returned to Lviv. In 1944, his father (under the pseudonym General Taras Chuprinka) became the Main Commander of the UPA (the Ukrainian Resistance Army).

In 1945, attempting to hide from the NKVD, Shukhevych and his mother had documents prepared under her maiden name – Berezynsky. In 1945, his mother and grandmother were arrested as members of Roman Shukhevych’s family, and Shukhevych with his five-year-old sister were sent to children’s homes, first in Chernobyl, and then in Donetsk. Shukhevych ran away from the home and fled to Halychyna (Western Ukraine) where, through the underground, he made contact with his father, and then returned to Donbass to get his sister. On 22 August 1948 he was arrested and sentenced by a special unit of the MGB (the renamed NKVD) “for his connection with the underground” to 10 years deprivation of liberty. He served his sentence in the Vladimir prison. His father died in 1950 in a shoot-out with chekists (MGB forces). Shukhevych was taken from prison to identify his father’s body.

In 1956 Shukhevych was released in compliance with a ruling of the Vladimir Regional Court as having been a minor when the “crime” was committed. Following his release, he joined his mother in exile, and after she was released, he returned with her to Lviv. They were not able to get registration in Lviv, and soon his mother was sentenced again to 3 years for an “infringement of the passport regime”, however she was freed after 2 years under an amnesty. After a protest from the Prosecutor General of the USSR, R. Rudenko, Shukhevych was again imprisoned to serve the remainder of his sentence. However, when the sentence term was over, Shukhevych was not released, and on 1 December 1958 the Lviv Regional Court sentenced him under Article 54-10 of the Criminal Code of the Ukrainian SSR {“membership of a counter-revolutionary nationalist organization”] to another 10 years deprivation of liberty, the first 5 of which in prison, the rest in the camps. Shukhevych served this sentence in Dubravlag (the Mordovian political labour camps). On 1 July 1967 he sent a letter to the Head of the Presidium of the Verkhovna Rada of the Ukrainian SSR, D. Korotchenko, in which he described how his case had been fabricated.

He was freed in 1968 but was not allowed to live in Ukraine for the following 5 years. He lived in the Northern Caucuses, in Nalchyk. He worked as an electrician, having learned the profession while in captivity. He soon married and his son and daughter were born.

His general education, in Shukhevych’s words, was gained from the professors, philosophers, writers, scientists, engineers and others who were serving their sentences together with him. In the camp libraries there were books which in the outside Soviet world had long been removed from circulation.

In Nalchyk, through Nina STROKATA, whose flat he and his family lived in, he met and talked with several Shestydesyatnyky [Sixties activists]. In July 1970 he was one of 9 people who signed a letter to Party and State bodies in protest at the arrest of Valentyn MOROZ.

On 14 February 1972, during the second wave of arrests in Ukraine, Shukhevych was again arrested. On 8 September that year the Supreme Court of the Kabardino-Balkarsk Autonomous SSR tried and convicted him under Article 70 Part 2 of the Criminal Code of the RSFSR (“Anti-Soviet agitation and propaganda”) for the article “Razmyshleniya vslukh” [“Thinking aloud”] – about the prospects for the national liberation movement during the next 10 years, the text of which had been found during a search.

Shukhevych had finished the article in prison and had it smuggled to the outside world.

Shukhevych was sentenced as a “particularly dangerous repeat offender” to 10 years labour camp and 5 years exile.

While still in the investigation unit cell, Shukhevych wrote a letter to the UN in which he exposed the criminal system of trials and condemned the totalitarian regime of the USSR, destroying those citizens with a sense of national identity. Shukhevych succeeded in having the letter passed to the outside world, but a copy was found and removed during a search. For this the Supreme Court of the Kabardino-Balkarsk Autonomous SSR on 23 July 1973 sentenced him to a new term under the same Article 70 Part 2. The 10 years imprisonment and 5 years exile, including a year already spent in captivity, were not counted.

In prison Shukhevych was diagnosed as having a stomach ulcer. From time to time he was visited by KGB officers who suggested collaborating with them and expressing “repentance”. Shukhevych consistently refused.

Until 1979 he was held in Vladimir prison, from where he was taken to the Chistopolsk prison.

On 24 December 1979, he and another prisoner, V. Balakhonov, sent a letter to the Presidium of the Supreme Soviet of the USSR protesting against the sending of Soviet troops into Afghanistan.

In February 1979 Shukhevych, together with a group of political prisoners and political exiles, was declared a member of the Ukrainian Helsinki Group. He later stated that nobody had agreed this with him.

In prison Shukhevych went blind after an operation carried out in Leningrad hospital for prisoners in 1982 went wrong. From March 1983 he was held in a home for the disabled in the Tomsk region.

Through all those long years the authorities demanded that Shukhevych renounce his father and condemn Ukrainian nationalists. In 1985 the authorities tried direct provocation by using the newspapers “Visti z Ukrainy” [“News from Ukraine”] to publish an article entitled “Prosrenye” [“Seeing the light”] which had allegedly been received from Shukhevych. The letter spoke of “a final split with Ukrainian nationalism” and a condemnation of any nationalist activity. However neither Shukhevych himself, nor any of those close to him, knew anything about this publication.

Yury Shukhevych was released on 11 January 1988 and on 21 October 1989 he returned to Lviv. In 1991 he was fully rehabilitated. He receives a benefit assigned to him as a victim of repression by the Lviv Regional Council. He believes that it was his faith and optimism that enabled him to survive. He is actively involved in civic affairs. He was the chairperson of the Ukrainian Inter-Party Assembly, the main commander of the Ukrainian National Self Defence (UNSD), however left the latter organization considering that its leadership did not support the purity of the national idea. 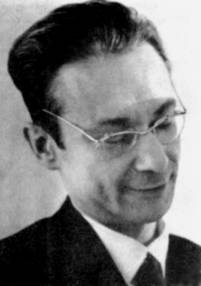