Active in the national liberation movement and the OUN (Organization of Ukrainian Nationalists), twice a political prisoner

Saranchuk was born into an educated, patriotic family.  His father had been in the Ukrainian Halychan Army, was an active member of the society «Prosvita» [“Enlightenment”], and of the cooperative movement. He was more than once arrested by the Polish authorities. The family subscribed to Ukrainian cultural journals and publications on agriculture.

In 1939, before the arrival in Western Ukraine of, first, the Soviet powers, and then the Nazis, Saranchuk finished his seventh year at a Polish school.  There was no chance of studying further. In 1942, the Nazi occupiers sent Saranchuk, together with many others from the same village, to forced labour in Germany.  He managed, however, to escape while the carriages were being loaded. Having returned home, he joined an underground youth nationalist organization “Ukrainske yunatstvo” [“Ukrainian youth”], which was acting under the wing of the Organization of Ukrainian Nationalists (OUN). In 1943 the organization sent Saranchuk to the “Khliborobsky vyshkil molodi” [Training school for grain-growers] where in fact young lads and girls were trained in partisan battle against the Nazis and Communists.

In the middle of August 1944, the 17-year-old Saranchuk joined a unit of the UPA (the Ukrainian Resistance Army) which in a raid on the Carpathian Mountains was crushed in the third battle. Saranchuk returned to his native village. As a result of the so-called “general raid” (the mass arrests of members of the underground and the deportation in March – April 1945 of the population supporting them), the underground movement of OUN was crushed, after which Saranchuk was appointed “stanychny provydnyk” (the head of OUN for several villages) of the Konyukhivsk stanytsa.

On 19 January 1946 Saranchuk got caught in an ambush in the Zalyssya farmsteads near the village of Konyukhy, and around the 20th of March, in a special cell of the Ternopil prison, on a charge of “State treason” (although he had never accepted Soviet citizenship), he was sentenced by a three-strong tribunal of the MGB (the renamed NKVD) to 15 years labour camp in the far North and loss of civil rights for 5 years.

He was taken in chains, together with old people and invalids, to Chusovoi in the Perm region to build the Ponyshk Hydro-Electric Power Station (“Ponyshlag”). Having been subjected to torture in the cells and while being transported, he became “nekategoryny”, that is, not capable of working. In 1949 he was sent to “Ozerlag” (the city of Taishet in the Irkutsk region), and from there in 1950 to “Gorlag” (the mining GULAG, in Norilsk, Krasnoyarsk region).

Saranchuk played an active part in the Norilsk Uprising of 1953, one of the leaders of which was D. SHUMUK.  The uprising lasted from 4 June until 4 August. Saranchuk and two other inmates prepared “lightening” leaflets which were hurled over Norilsk from paper kites. The uprising was crushed with the use of tanks, and the inmates were split up and moved to different camps.

In November 1956 Saranchuk’s sentenced was reduced to 12 years since he “had ended up in an UPA gang as a minor” (the loss of rights remained in force).

He returned home in January 1957, but he was sent away from Western Ukraine. He lived in the city of Komunarsk in the Luhansk region, than later in Mykolaiv. He worked as a compressor operator, a worker at a concrete factor and a graphic designer. He was permanently under KGB surveillance.

On 1 July 1970 he was arrested and on 18 December sentenced by the Mykolaiv Regional Court under Article 62 § 2 (“Anti-Soviet agitation and propaganda”) of the Criminal Code of the Ukrainian SSR to 8 years deprivation of liberty in special regime labour camps, having been designated a “particularly dangerous repeat offender”. Saranchuk was charged on the basis of verbal utterances, as well as with keeping brochures with material of the “IV General Assembly of the OUN”. Later M. HEIFETS, in a section entitled “Svyatiye stariki Ukrainy” [“Sacred elders of Ukraine”] of his book “Ukrainian silhouettes” wrote: “Perhaps only the sentences meted out to people of the Church could compete in shamelessness with this feat of the Soviet judiciary.  The main point in the prosecution’s case was a phrase of Saranchuk’s said to someone he knew who was complaining about some everyday difficulties: “Life would be better in an independent Ukraine”.  The main material evidence of a crime was supposed to be a coded note about … the numbers of men in the Ukrainian Fleet during the Civil War”.

He served his sentence in the Mordovian political labour camp No. ZhKh-385/10 (Sosnovka), together with V. ROMANYUK, D. SHUMUK, E. Kuznetsov and others.  He took part in numerous protest actions. On 1 October 1978 he was transferred to a harsh regime camp (ZhKh-385/19, Lesnoye). About Saranchuk himself, M. HEIFETS wrote: “He did not stand out physically: he was rather weak in build and small (I suspect that the permanent lack of enough food in the Norilsk hard labour camp stunted the growth at some stage of the young lad). He had black eyes on a narrow and intelligent face, and a strange expression… Sad – smiling ironically, that’s it, like one of Shakespeare’s fools!”  While V. STUS, according to M. HEIFETS, said the following about Saranchuk: “Petro Saranchuk is just like a stone, polished from all sides, pure, and yet a stone, a strong stone”.

In 1978 Saranchuk was brought to Mykolaiv and on 1 July, at the end of his sentence, freed. He was immediately put under administrative surveillance. The officers of the Mykolaiv department of the KGB constantly summoned him, demanding that he write a letter renouncing his views “to any newspaper of your choice”. He was at the same time threatened with psychiatric treatment or a “chance” encounter with a car.  Two years later, the deputy head of the Mykolaiv department of the KGB was entirely open: Petro Stepanovych, you are going to get yourself another stretch!” – “For what?” – “We’ll find something!”.  Saranchuk wrote letters to his former fellow prisoners M. HEIFETS and E. Kuznetsov asking them to send him an invitation to settle permanently.  However, the laws of Israel only allowed such an invitation to be made in the case of relatives.

On 1 September 1980 Saranchuk was arrested on a trumped up charge of “acting as an accomplice in the theft of building materials” — “he built a 14,35 m. fence out of illegally purchased material”.  On 22 October he was sentenced by the Mykolaiv Regional Court under Article 84 § 2 of the Criminal Code of the UkrSSR to 5,5 years deprivation of liberty and the confiscation of half of the bare-walled small home that he had built himself back in the 60s. He served his sentence in the penal zones for criminals, notorious for their very harsh regime, in Izyaslav, Khmelnytsky region and  Lozovsky in the Luhansk region where, in 1983, a KGB major once again suggested that Saranchuk renounce his views.  After Saranchuk categorically refused, he was transferred to Olshansky, in the Mykolaiv region. He worked in a stone quarry.  For two months he was held in solitary confinement.  10 days before the end of his sentence, at the beginning of 1986, already into the period of “perestroika”, Saranchuk was sentenced to 3 years imprisonment for “insubordination, expressed in failure to meet 100% production norms”.

Saranchuk managed to have the last sentence revoked. On 10 March 1989 the Mykolaiv Regional Court was forced by a protest from the Supreme Court of the Ukrainian SSR to rescind the sentence of 1986.

He was rehabilitated for the political Articles.  After 28 and a half years in captivity, having passed through 30 labour camps and 14 prisons, he returned to Mykolaiv. From the moment when patriotic organizations formed (the Association for the Ukrainian Language, the Ukrainian Helsinki Union (UHU), Narodny Rukh Ukrainy [Popular Movement of Ukraine] (Rukh), the Ukrainian Republican Party (URP), Saranchuk became an active member. He took part in numerous mass events organized by the national democratic forces. He also contributed to the formation of the Ukrainian Church.

His seventieth birthday was publicly celebrated in Mikolaiv. This was the first time that the birthday of a participant in the national liberation struggle was covered by the local mass media.

Petro Stepanovych Saranchuk died on 10 September 2008 at the age of 81. He is buried in his native Konyukhy. 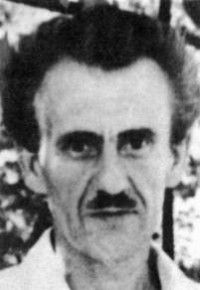 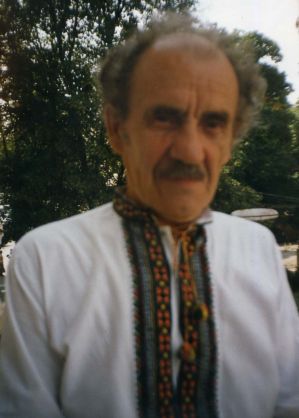