Sapelyak was born into a traditional Ukrainian family belonging to the Greek-Catholic Church which cultivated reverence for Taras Shevchenko, the Holy Scriptures, love of folk songs and dances, and where the family remembered also the underground movement of the Ukrainian Resistance Army (UPA).

In 1969 Sapelyak entered the Language and Literature Faculty of Lviv University.  From foreign radio broadcasts, most of all from Radio “Svoboda” [Radio “Liberty”], Sapelyak and his friends became familiar with the names of those of their contemporaries struggling for Ukrainian independence, with their works and appeals (I. DZIUBA, V. MOROZ and others), with the poetry of V. SYMONENKO, V. STUS and L. KOSTENKO. The incompatibility between the norms of his life within the family and that in the university, the double morality in real life and, finally, the second wave of arrests of members of the Ukrainian intelligentsia in 1972 led to Sapelyak’s sending a letter to the Lviv regional committee of the Party protesting against the arrest of I. KALYNETS.  On 20 January 1973 Sapelyak joined an underground organization created by V. MARMUS.  For the 55th anniversary of the proclamation of the Ukrainian National Republic (UNR), Sapelyak distributed more than 30 leaflets with the headlines: “Svoboda ukrainskym patriotam” [““Freedom for Ukrainian patriots”], “Hanba polititsi rusyfikatsiyi!” [“The policy of Russification is an outrage!”], “Svobodu zboram, mitingam, demokratiyi!” [“Freedom of assembling, political rallies, democracy!”]  During those days official flags were pulled down and four national blue and yellow flags were raised in Chortkiv.

“For behaviour incompatible with that of a Soviet student” Sapelyak was expelled from the Komsomol, and later from his university. On 19 February 1973 Sapelyak was arrested.  The charges related to the texts of the leaflets, his poems and to listening to foreign radio stations.

On 24 September 1973 in the same case as V. MARMUS and others, Sapelyak was sentenced by the Ternopil Regional Court under Article 62 § 1 (“Anti-Soviet agitation and propaganda”) and Article 64 (“Organizational activities and involvement in an anti-Soviet organization”) of the Criminal Code of the Ukrainian SSR to 5 years labour camp and 3 years exile.

He served his sentence in one of the Perm political labour camps, No. ZhKh-389/36 in the village of Kutchino. He actively participated in the numerous hunger strikes and protest actions by prisoners between 1974 and 1978.  As one of the youngest of the prisoners, Sapelyak was a favourite among “the oldies” who protected him. For example, a day after Sapelyak was beaten up by guards, a protest strike was called in which 45 of the prisoners took part.

At the end of 1978 Sapelyak arrived at his exile destination in the village of Bogorodskoye, Ulsk district of the Khabarovsk area.  He worked on a logging site.  A year later he was transferred to the Shantarsk islands.

Following his release in 1982 he could not get registration in his native area, in Western Ukraine. After a hunger strike because of this in Moscow, the KGB ordered Sapelyak to leave Moscow within 24 hours and to travel to the Kharkiv or Donetsk regions. In Kharkiv, officers of the local KGB took Sapelyak from the train and placed him under surveillance in the village of Udyanka in the Zmiyivsk district.

On the basis of his book of verse “Den molodoho lystya” [“The Day of a young leaf”], Sapelyak was accepted into the PEN club. In 1988 he was the laureate of the Ivan Franko Award (USA).  On the invitation of the PEN club, he travelled to Germany, and soon after to Canada, the USA and the United Kingdom. In 1989 he returned to Kharkiv where he was very active, taking part in political rallies and gatherings. He was a founding author and the editor of the journal of the Association of the independent creative intelligentsia, as well as the chronicle “SNIP”.  He was the founder of the Kharkiv branch of the Ukrainian Helsinki Union in 1989 and founding member of the All-Ukrainian Association for political prisoners and victims of repression.  He received the Taras Shevchenko State Prize in 1993 for his book of verse “Tryvaly rvany zoik” [“Long, broken cry of lament”], and in 1995 was the laureate of the Lepki Brothers All-Ukrainian Literary Award.

Sapelyak lives in Kharkiv and has ceased to be active in political life. He is a member of the Union of Writers of Ukraine.

I. Rapp, revised by V. Ovsiyenko 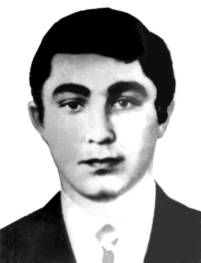 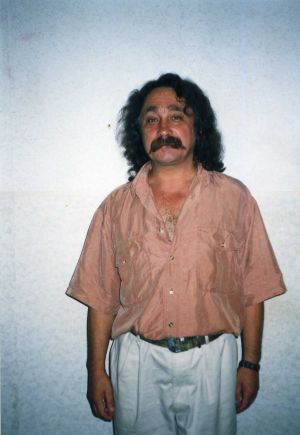