Teacher, member of an underground youth organization supporting Bandera, involved in the creation of the Ukrainian National Front (UNF), twice a political prisoner

Prokopovych was born into a peasant family. His country, the Church and school, in his words, all contributed in forming his world view and in understanding the need to struggle for Ukraine’s independence.

In 1944 while taking part in a 9-month course of preparation of teachers in the city of Drohobych, Prokopovych was arrested on suspicion of distributing leaflets in which the population was called upon to not take up arms against UPA [the Ukrainian Resistance Army], to not collaborate with the security services, to carry out reconnaissance as to the stationing and movement of troops, to help UPA fighters by providing food, clothes, and so forth. All summer Prokopovych and five others were held by the NKVD, however when no proof could be found of their involvement in distributing the leaflets, they were released.

Having finished the preparation course, Prokopovych worked as a teacher in a village school, and then became the head of the school.

From 1946 to 1950 he was an external student of the History Faculty of the Lviv Teachers’ Training College.

In November 1948 Prokopovych was involved in creating an underground youth organization “the Stepan Bandera Organization” which was crushed by MGB [the renamed NKVD] in 1950. The task of the organization was to provide assistance to the UPA in its struggle for Ukrainian independence (through contacts, reconnaissance work, collecting food and clothes, etc).  In addition, the organization ran a system of so-called “bofons” [abbreviation of the Ukrainian words for military fund]. These were small pieces of papers sized 10 x 10 cm, on which there was a trident inside a crown of thorns with the inscription “For a Ukrainian United State, with the amount marked below – 5 or 10 karbovantsi [Ukrainian currency, more or less equivalent to roubles]. These “bofons” were distributed to the population in exchange for help to resistance fighters in the form of food or clothes with the promise that when Ukraine became independent, the owner of the “bofons” would be able to redeem them for ten times their value.

In 1950 Prokopovych was removed from his position as head of the school as somebody had informed the authorities that children in his school were taking part in prayers. In February 1950, he was arrested and charged with “Treason against the homeland”, under Article 54-1a of the Criminal Code of the UkrSSR, and taking part in “the movement and membership of the organization OUN [Organization of Ukrainian Nationalists], under Article 54-11. He was sentenced by the Military Tribunal of the forces of the MGB in the Drohobtsky region to 25 years deprivation of liberty, 5 years exile and 5 years loss of civil rights. He served his sentence in both labour camps (Karaganda, Norilsk, Taishet) and prisons (the Vladimir Prison, the prisons in Semipalatinsk, Groznensk). In 1956 his sentence was reduced to 10 years.

Prokopovych was released in September 1958 from Ozerlag (Irkutsk region) on “zaliki” (a system whereby one day’s work was equated to several days deprivation of liberty depending on the nature and conditions of work. On a logging site in the Irkutsk taiga the ratio was one to three. The system was soon abolished.)

Since he was not permitted to live in his native land, in Western Ukraine, for 8 years he worked in the mines in Popasny in the Luhansk region.

From 1960 to 1967 he studied at the external department of the Faculty of Foreign Languages of the Kyiv State University. In 1967 he moved to the village of Mizhdurechye in the Chernivtsi region.

In 1963-64 the Ukrainian National Front (UNF) was created. The main objective of the organization was to achieve Ukrainian independence. There were branches of UNF in many regions of Ukraine. Together with Z. KRASIVSKY, Y. LESIV, D. KVETSKO, I. Hubka and others, Prokopovych played an active part in creating the UNF and then in its activities (discussing organizational events, articles for the journal «Volya i Batkivschina» [“Freedom and the Motherland”]). In October 1964 an underground printing press produced the first issue of «Volya i Batkivschina». UNF was active until 1967 when it was crushed by the KGB.

On 21 March 1967 Prokopovych was arrested in Lviv on charges related to UNF, when he came to the printing press to pick up a font, and from 6-7 July 1967 he was sentenced by the Lviv Regional Court under Article 62 of the Criminal Code of the Ukrainian SSR [“anti-Soviet agitation and propaganda”] to 6 years labour camp and 5 years exile.  He was accused of having stored and distributed the journal  «Volya i Batkivschyna» and “bofons”.  He served his sentence in the Mordovian political labour camps, and then his exile in the Krasnoyarsk region from where he was released on 25 May 1978.

In prison he wrote his “History of the UPA”, but when a second copy was being made by B. REBRYK, the work was confiscated by the administration and lost.

After his release, Prokopovych worked for three years on the mines in Boryslav and then retired. He now lives in his native village in the Lviv region. He is married and has one son.  He is the warden of the local church parish. 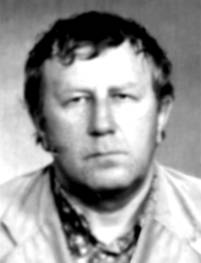 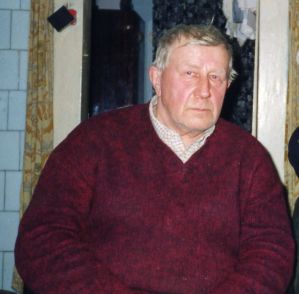