Active in the national liberation movement. Member of the Organization of Ukrainian Nationalists (OUN) and the Ukrainian Helsinki Group (UHG), twice a political prisoner

Oksana Popovyvh’s father was a postal worker, an educator and a member of the Ukrainian Halychan Army (UHA).  He died at the end of the 1940s. Her mother was related to the writer Lesya Martovych. She fled in 1945 from a convoy point and until the Khrushchev “Thaw” lived in the village of Hrynovets in the Tlumatsky district under a false name, dying at the age of 101.

Popovych studied at a lyceum in the city of Horodenko.  She received her ideological and military training in the youth branch of the Organization of Ukrainian Nationalists (OUN) and was the leader of a district OUN youth organization.  She was a member of OUN from the beginning of 1944. She went underground, and was arrested with resistance literature on 12 January 1945 in the village of Ispas in the Kolomyisk district.  In an attempt to escape arrest she was wounded in the chest and right leg. The investigation was carried out in Yablunevo where she also contracted typhus, for which she received no treatment.. Under a false name – Varvara Petrivna Petrushak – she was sentenced in June 1945 by a tribunal of the NKVD forces of the Stanislavsk region under Articles 54-1a (“Treason against the homeland”) and 54-11 (“involvement in a counter-revolutionary organization”) of the Criminal Code of the Ukrainian SSR to 10 years labour camp with loss of civil rights under points a and b of Article 29 to 3 years with confiscation of property. She served her sentence in the camps of Vorkuta (Mukerka, Adat) where she worked breaking up the permanent ice layer on a building site

She was released in August 1955. She returned to her sister in the village of Manyava in the Solotvinsk district and reverted to her real name. She was finally able to undergo a medical examination and was assigned second group disability status. She worked as a bookkeeper, then moved back to her mother in the village of Krykhivtsy and worked as an electrician in the Ivano-Frankivsk electricity department.

From 1959 Popovych circulated samizdat literature (in particular, the works of V. MOROZ, the journal ”Ukrainsky visnyk” [“Ukrainian Herald”], a collection of poetry by Hryhory Chubai and others).  She was in contact with B. ANTONENKO-DAVYDOVYCH and O. MESHKO and collected money to provide support for political prisoners. In December 1969, together with V. MOROZ, V. CHORNOVIL, I. SENYK and others she signed an appeal from 16 former political prisoners addressed to the Head of the Presidium of the Supreme Soviet of the Ukrainian SSR, protesting against the practice of trials and convictions of those already serving sentences, called “Once again “cell” trials?” (published in ”Ukrainsky visnyk” №1 1970, and broadcast on Radio “Svoboda” [Radio “Liberty”].

A month before her second arrest, she received a flat in Ivano-Frankivsk.  On 2 October 1974, the second day after being discharged from hospital where she had undergone a second operation on her thigh-bone, Popovych was taken to the prosecutor’s office, detained there and on 3 October arrested on a charge of engaging in “anti-Soviet agitation and propaganda”.  All the time in custody she was on crutches. She spent 48 days on hunger strike in protest. In connection with her state of health, her case on 17 July 1974 was treated in isolation.  Those tried as part of the same case – Roman Haiduk, Mykola Hamula and Mykola Hutsul – were sentenced separately.  Popovych was charged with making anti-Soviet pronouncements, distributing samizdat and collecting money for the preparation and distribution of samizdat.  On 15 November 1974 supplements to her testimony were removed which were also used against her, being labelled anti-Soviet and defamatory, directed against the national policy in Ukraine.

On 14 January 1975 Popovych was sentenced by the Ivano-Frankivsk Regional Court under Article 62 § 2 of the Criminal Code of the Ukrainian SSR to 8 years harsh regime labour camp and 5 years exile, as an especially dangerous repeat offender.

She served her sentence in Barashevo, Tengushevsk district of Mordovia in the women’s harsh regime labour camp ZhKh-385/3.  As a person with disability status, she refused to work.  She took part in protest actions together with other political prisoners. For example, on 30 October 1976, on the Day of Soviet Political Prisoners, she held a hunger strike. On 5 December 1976 she supported a letter written by Armenian political prisoners to the Presidium of the Supreme Soviet of the USSR calling for the legalization of the National United Party of Armenia and for the holding of a referendum on the question of Armenian self-determination.  On 12 January 1977 she took part in a one-day hunger-strike in connection with the anniversary of the beginning of repressions in Ukraine in 1972.  The hunger-strikers demanded the release of Ukrainian political prisoners, the end to persecution on the basis of nationalist convictions. On 4 October 1977 she was also involved in a protest hunger strike on the day of the opening of the Belgrade Congress.  Together with other camp inmates, as well as political prisoners from other camps, she signed an address to the Apostolic Throne, the World Council of Churches, to governments and parliaments of the countries who were signatories to the Helsinki Accords about the “flagrant violations of fundamental human rights” in the USSR, citing as an example the fate of the priest V. ROMANYUK.

On 2 October 1978 the Initiative Group in support of the rights of the Disabled in the USSR sent a document to the Presidium of the Supreme Soviet of the USSR, the International Red Cross and to the UN Human Rights Committee in which they stated that people with disability status (aside from those with first group disability status) in camps and prisons were not exempted from the system of compulsory labour beyond their strength, from camp punishments etc. Popovych was registered as having second group disability status.

On 3 February 1979 Popovych was declared a member of the Ukrainian Helsinki Group (UHG). In Bulletin № 8 of UHG from 20.02.80 her name was on the list of those most acutely requiring immediately release from the labour camps.

On May 1981 Popovych was taken to Ivano-Frankivsk to “be worked on”.  She was allowed a meeting with her mother and sister. On 7 August she was returned to the camp. In October 1982 she was sent to exile to Molchanovo in the Tomsk region. As a disabled person she could not work, however the State provided her with no means to live, and it was friends in Ukraine who helped. However Popovych categorically refused to ask for a pardon. She was released on 2 October 1987 having spent in total 24 and a half years in places of deprivation of liberty.

She returned to Ivano-Frankivsk, to her mother.  In 1988 she was a founding member of the Ivano-Frankivsk branch of the Ukrainian Helsinki Union (UHU). 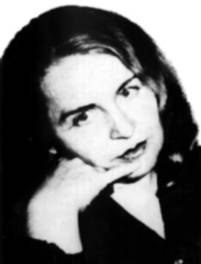 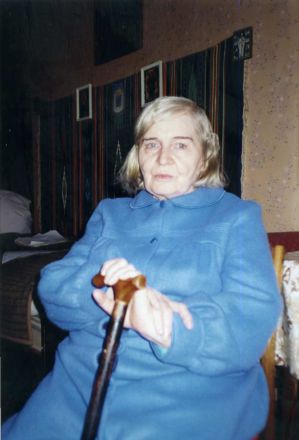