Plakhotnyuk was born into a family of affluent peasants. In 1930, his grandfather was dispossessed under the campaign against “kulaks” [more affluent peasants]. He died during the Holodomor [Famine] of 1932-1933. Plakhotnyuk’s parents, in order to escape the famine, fled to Russia and worked on phosphate mines in the Kursk region. During the Second World War the family returned to Ukraine, to the Kyiv region.

Plakhotnyuk was brought up and studied in a Ukrainian-speaking milieu. He finished school in 1955, but in the same year became ill with tuberculosis and was treated for two years.  He was to suffer from relapses later also.

Having graduated from the Kyiv Medical College in 1959, he worked as a medical assistant in the village. Then in 1960 he entered the general medical training faculty of the Kyiv Medical Institute.  While at the institute he was the Komsomol leader of the group and responsible for the cultural sphere in the faculty’s union office.

In 1963 Plakhotnyuk became involved in the work of the “Klub tvorchoyi molodi” [“Club for Creative Young People” (CCY)) “Suchasnyk” [“Contemporary”]. CCY organized literary and music evenings, art exhibitions; created a student inter-institute folklore and ethnographic circle and travelling choir “Zhaivoronok” [“Lark”]; it established the tradition of Shevchenko readings on 22 May at the monument to Taras Shevchenko..  The Club was often visited by Ivan SVITLYCHNY, Yevhen SVERSTYUK, Viacheslav CHORNOVIL, Alla HORSKA and others.

In summer 1963 Plakhotnyuk wrote a letter to the Ministry of Higher Education of the Ukrainian SSR in which he suggested that teaching be in Ukrainian.

On 23 March 1963 he organized an evening in the club of the medical institute with the participation of Vasyl SYMONENKO, M. Vynhranovsky, V. Korotych and others.

On 16 December 1963 he took part in the funeral of V. SYMONENKO, and on 22 December organized an evening at the medical institute in his memory, where I. SVITLYCHNY, Y. SVERSTYUK, M. KOTSYUBINSKA, V. Korotych and others spoke. There were attempts to ban the evening, and even while it was being held, Plakhotnyuk was summoned to Party and Komsomol offices, however they limited themselves to a reprimand. Plakhotnyuk himself considers the holding of that evening to have been the first test of his civic maturity.

In August 1965 the first wave of arrests of members of the Ukrainian intelligentsia swept through the country. One of those arrested was a fifth-year student of the Dentistry Faculty of the Kyiv Medical Institute, Y. Hevrych, who lived in the same hostel as Plakhotnyuk.  The two sang in the same choir “Zhaivoronok”, and together organized a group of carol singers. Hevrych was the organizer of a group of bandurists [playing the traditional Ukrainian stringed instrument, the bandura].  Having rung his parents, Plakhotnyuk visited Hevrych in prison, found him a lawyer and offered to testify in court. However, having walked into the court room in May 1966, and seen only the judge, assessors, the lawyer, accused and guards, he refused to give testimony in a court session held illegally behind closed doors, and addressed only some words of support to Hevrych. This action in support of Hevrych was soon to be viewed in the Dnipropetrovsk Special Psychiatric Hospital as the beginning of his “illness”.

In 1966 Plakhotnyuk graduated from the medical institute, but was kept on to work in the institute.

On 22 May 1967, several hundred people gathered on the anniversary [of the reburial of Shevchenko’s ashes in Ukraine] at the Monument to Taras Shevchenko in Kyiv. They placed flowers at the monument and read poetry. In the evening the police began arresting those addressing the gathering. Plakhotnyuk then led the crowd to the building of the Central Committee of the Ukrainian Communist Party and held a demonstration there demanding that those arrested be released.  A few days after this demonstration, Plakhotnyuk was dismissed from his job.

In 1969 a discussion evening dedicated to Lesya Ukrainka’s epic poem “Oderzhyma” [“Possessed”] was held at Plakhotnyuk’s flat with the participation of I. DZIUBA and V. MOROZ.

In June 1969 the poet Ivan SOKULSKY, whom Plakhotnyuk had met in November 1968, was arrested, and Plakhotnyuk was questioned.  After his interrogation, he was asked at the institute to resign “at his own request”. He refused and was fired “due to staff reductions”.

On 13 January 1970 the trial took place in Dnipropetrovsk of I. SOKULSKY.  Plakhotnyuk sent an open letter in his defence to the Dnipropetrovsk newspapers. This was published in April 1970 in the journal “Ukrainsky visnyk” [“Ukrainian Herald”] (№ 2)

In 1970 Plakhotnyuk passed some samizdat material abroad via a Czech student of Kyiv State University, A. Kotsyura. He also established other channels for passing on material.

On 12 January 1972, during the second wave of arrests, Plakhotnyuk was arrested and charged under Article 62 § 1 of the Criminal Code of the Ukrainian SSR [“anti-Soviet agitation and propaganda”]. The charges involved disseminating, including by passing abroad, the journal “Ukrainsky visnyk”.

Plakhotnyuk was sent for psychiatric examination to Moscow, to the Serbsky Institute. There he was diagnosed as having “schizophrenia with a persecution complex and being periodically not in control of his actions”.  The Kyiv Regional Court ruled that he should be sent for compulsory treatment to a special psychiatric hospital (SPH). The Ukrainian Helsinki Group (UHG) was to speak out in his defence on many occasions.

From 1972 – 1978 Plakhotnyuk was forcibly treated at the Dnipropetrovsk Special Psychiatric Hospital and the Kazan SPH.

Several expert opinions from medical commissions calling for the end to compulsory treatment (in 1974, 1976, 1977) were rejected by the Kyiv Regional Court. Finally, in February 1978 after another representation from a medical commission, the court had him transferred to a general psychiatric hospital.  It was still only in August 1978 that Plakhotnyuk reached the Cherkasy general psychiatric hospital (in Smela). In 1979 a medical commission called for Plakhotnyuk to be discharged, but the Kyiv Regional Court again turned this down. In November 1980 he was taken to the Serbsky Institute where they said that he should have been home a long time ago. The members of the commission assured him that they try to have the court agree to discharge him.  On 5 March 1981 Plakhotnyuk was finally discharged from Cherkasy psychiatric hospital.

On 8 April 1981 he was beaten up in Kyiv so severely that he had to be treated in hospital.

Plakhotnyuk was not able to find work in either Kyiv or the Kyiv region. In the end he was sent for further training to a clinic of the regional anti-tuberculosis health centre in Cherkasy.

On 6 September 1981 he was arrested on a trumped-up charge, and on 30 September taken to the Cherkasy psychiatric hospital. A psychiatric examination found him mentally fit. On 30 December 1981 he was again taken to Moscow to the Serbsky Institute where he was again found mentally fit. In April 1982 Plakhotnyuk was sentenced by the Cherkasy District Court to 4 years deprivation of liberty. He served his sentence in the Voroshylovradsk (now Luhansk) region. From April 1984 Plakhotnyuk was on the so-called “chemical brigade” [compulsory labour brigades], working as a concrete layer, bricklayer and metal mover on a construction site for a hospital in Luhansk. In June 1984 he received a suspended early release.

He worked as a tuberculosis specialist in the Luhansk Tuberculosis Clinic for two years, then from May 1989 in Kyiv as a doctor in the city tuberculosis hospital.

He regularly publishes memoirs and accounts of the Shestydesyatnyky [Sixties activists] on the pages of the journal “Ukrainska kultura” [“Ukrainian culture”] and newspaper “Chas” [“Time”]. 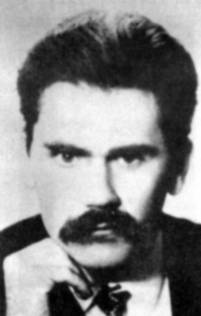