Pidhoretsky was born into a peasant family. He finished five classes of the village school. When the War began, Pidhoretsky joined the youth network of the Organization of Ukrainian Nationalists (OUN). Young lads carried out the tasks for the district leadership: they obtained food and medicine for those in the underground. In 1944 he was detained by the Soviet army, but after being held for two months was released. He went underground. In a shoot-out, he remained alive by sheer miracle (in those years relatively large amounts of money were offered for the head of any resistance fighter). In the middle of 1948 Pidhoretsky was sent to Eastern Ukraine to carry out underground propaganda activities in order to explain to people who the Bandera fighters were (the faction of the OUN supporting Stepan Bandera) and what they wanted. He agreed despite knowing that he would never return from there to his native Capathian mountains. In the second half of 1949 Pidhoretsky’s family were moved to Tynda in the Amursk region.

For a whole year Pidhoretsky and his comrades lived in stone quarries in Moldavia, then moved into the Khmelnytsky region from where they transferred to the Luhansk region, and finally arrived in the Donetsk region in 1952. In 1952 the MGB [as the KGB was then called] found out that some kind of unit of the OUN was active in the Stalinsk (now Donetsk) region and began looking for them.

On 16 March 1953 Pidhoretsky was arrested by the Makeyevsk City Unit of the MGB, sent first to Kyiv, then Lviv and finally to Drohobych. At each stage he was severely beaten.

The military tribunal of the Carpathian area military district heard 150 witnesses during a three-day court hearing and on 9 September 1953 sentenced Pidhoretsky under Articles 54-1A, 54-9-11 of the Criminal Code of the Ukrainian SSR (“State Treason”, “Diversions” and “Involvement in a counter-revolutionary organization”) to 25 years deprivation of liberty.

Pidhoretsky served his sentence in the Omsk, Irkutsk and Mordovian political labour camps and in the Urals. In December 1954 he was brought to the Omsk camp where he ended up immediately in a punishment isolation cell for insolence in response to rudeness and threats from the head of the camp.

In the camps he took a consistently active part in protest actions against the harsh regime and administration for which he was punished on frequent occasions, including being put in prison.

In 1954 on the 300th anniversary marking the union of Ukraine with Russia, Ukrainian prisoners, including Pidhoretsky, hung a black flag in protest with the message: “Three hundred years of captivity”. There was a major in the camp who, for nothing, would put Ukrainians in the isolation cell as a result of which he was beaten up by the prisoners. In punishment for the latter, the Ukrainians were sent off to various, harsher camps. Pidhoretsky ended up in camp № 5 in the Irkutsk region, where the head of the camp stated that here he was boss, the bears - the prosecutor, and the taiga - the judge. The conditions in the camp were so bad that the inmates organized a strike and refused to work for 6 months. After the strike was over, Pidhoretsky was warned that he would be tried as one of the organizers. The investigation lasted seven months. The prosecutor had demanded the death penalty, however the Irkutsk regional court on 28-29 March 1956 sentenced him under Articles 58-14, 59-2 of the Criminal Code of the Russian SFSR to 25 years deprivation of liberty, this including the sentence from 09.09.53. 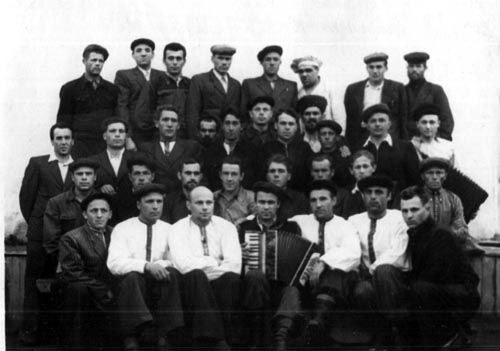 A Ruling of the Supreme Court of the RSFSR on 12.06.56 revoked the charge under Article 58-14 and under Article 59-2 the sentence was lowered to 10 years, with the inclusion of the part of the 25-year sentence not yet served. After this, Pidhoretsky was first taken to the Tobolsk prison, then for 7 months to Kharkiv prison, then Odessa.

In 1960 Pidhoretsky was in the Mordovian political labour camps where he first met M. SOROKA who was generally respected and whose authority was recognized. 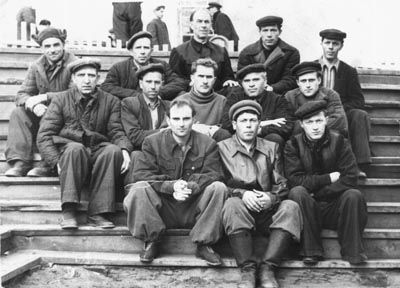 In 1966 the Shestydesyatnyky [Sixties activists] appeared in the Mordovian camps and Pidhoretsky became friendly with them. He was especially close to M. HORYN. In 1972 Pidhoretsky was moved to camp No. 35, one of the Perm political labour camps.

In 1974 the camp administration threatened to try Pidhoretsky for his “negative influence” on those around him and to deprive him of his 2nd group disability status. In September 1974 a commission withdrew this status.

On 11 October 1975 Pidhoretsky, together with other political prisoners, congratulated Andrei SAKHAROV on being awarded the Nobel Peace Prize. In September 1975 Pidhoretsky took part in a collective rejection of Soviet citizenship as a sign of protest against the repressive measures of the administration meted out in response to the struggle of political prisoners for their rights. In 1976 Pidhoretsky sent an appeal to the Central Committee of the Communist Party demanding that, in compliance with the Helsinki Accords, a commission of the International Red Cross be given access to prisons and labour camps. In January 1976 he signed a letter in support of S. KOVALYOV and against continuing political repression both in the camps and in the outside world. He took part in hunger strikes.

In 1979 Pidhoretsky was transferred from Perm camp № 35 to a general criminal camp in the Perm region. The transfer was due to his having received extra sentences for taking part in resistance within the camp. Inmates sentenced for such activities were not considered political prisoners (in the official jargon they were “especially dangerous State criminals”) and were held in general criminal camps. Since the term of his “political sentence” had elapsed, he was transferred from a political to a criminal camp.

Having spent 28 years in captivity, Pidhoretsky was released on 29 March 1981. He travelled home via Moscow where he was supposed to pass on letters from the camp for Andrei SAKHAROV, however he was met by KGB officers who escorted him to the station so that he would leave for home without stopping. 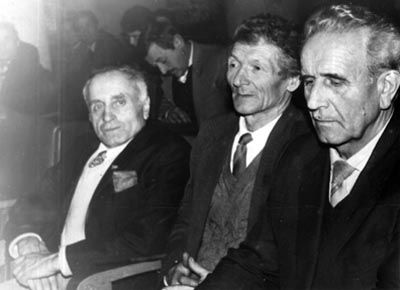 At home, in his native village, he was immediately placed under supervision. He worked in a construction brigade. A year later, in 1982, he was informed that he should not consider himself registered in this district, but that if he publicly renounced his views on radio and television, the problem over registration could be resolved. Pidhoretsky replied that this was madness – to demand that he now renounce views for which he had spent 28 years in prisons and labour camps. Two days later he was sentenced in the city of Skola for infringing the passport regime and sentenced to 3 years deprivation of liberty. Pidhoretsky wrote appeals and protests to all relevant institutions. As a result, in 1984 he was released after having served one and a half years. He was arrested a further two times for infringements of the passport regime: in 1984 and 1985, and each time sentenced to one year’s deprivation of liberty. He was finally released in 1986.

In all, Pidhoretsky spent almost 32 years in captivity.

Pidhoretsky has remained all his life passionately committed to the Ukrainian nationalist ideals and fought hard and uncompromising for Ukrainian independence. 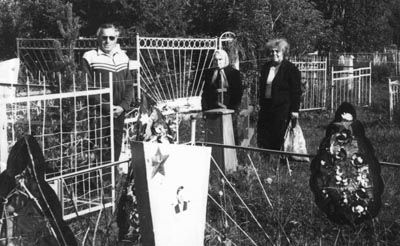 In 1991, Pidhoretsky, M. HORYN and Z. KRASIVSKY reburied the remains of resistance fighters who fell in their village, and brought the ashes of Stepan Bandera’s sister back to her homeland.

Appeal to the Presidium of the Supreme Soviet of the USSR // Malva LANDA in support of human rights.– NY., 1976 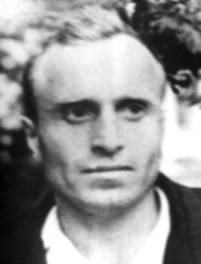 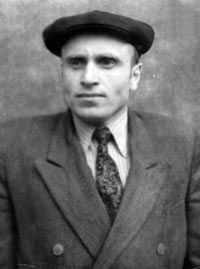 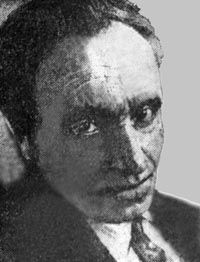 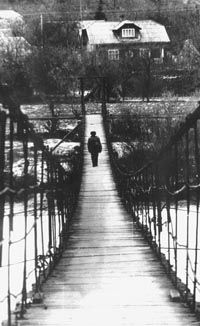 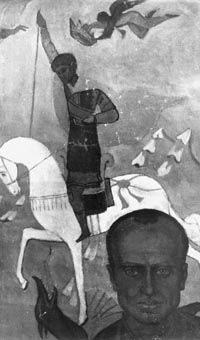 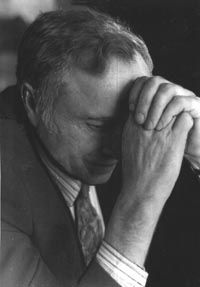