Oleksiy Nikitin was born into a peasant family with many children. His parents worked all their lives on the collective farm. In school Nikitin was leader of the Komsomol organization. After completing the Donetsk Mining Technical College, he served in the Soviet Army. He was demobilized in 1962 and worked in the mines as an electrician-mechanic while studying at the external department of the Electrical-Mechanical Faculty of the Donetsk Polytechnic Institute. In 1965 he joined the Communist Party. In 1967 he graduated from the institute, becoming a specialist in his field.

From the 1960s he constantly approached the local and central Party bodies to defend workers’ interests and to complain about the administration’s infringements of labour legislation and safety standards. In 1969 he initiated a collective letter to the Central Committee of the Communist Party (signed by 130 people) about the illegal actions of the administration.

Nikitin attempted to create a workers’ rights group at his own mine. In 1970 he was expelled from the Communist Party, the reason given being “for a provocative letter”, and he soon lost his job. His appeal to the Congress of the Communist Party and to the court had no effect and he spent several years unemployed.

In 1971 he attempted to make contact with the embassies of foreign countries in Moscow in order to pass on documents, but was detained by KGB officers and sent to Donetsk.

On 13 January 1972 he was arrested under Article 187-1 of the Criminal Code of the Ukrainain SSR (“Dissemination of patently false statements defaming the Soviet political and social system”) and by a ruling of the court on 14 June 1972 sent for compulsory treatment to the Dnipropetrovsk Special Psychiatric Hospital.  In 1975 he was moved to a general psychiatric hospital from where, on 26 March 1976, he was released.

After a year of being unable to find work, at the beginning of 1977, Nikitin again approached the Norwegian embassy in Moscow with a request to grant him political asylum. On leaving the embassy he was arrested, taken to Donetsk and placed in the city psychiatric hospital. After a month and a half, he escaped and hid in the Bryansk forests, however he was captured by KGB officers and placed in the Dnipropetrovsk Special Psychiatric Hospital. As punishment for disobedience he was subjected to neuroleptic (anti-psychotic) treatment.  He was moved to the Donetsk City Psychiatric Hospital.

In May 1980 Nikitin was released. In September of the same year an expert from the Working Committee against Psychiatric Abuse for Political Purposes, Anatoly KORYAGIN carried out an examination of Nikitin and found him mentally fit (KORYAGIN passed details about Nikitin’s medical history and his imprisonment to the West).

In November 1980 Nikitin addressed trade union organizations in Great Britain asking that they provide assistance to organize free trade unions in the USSR. He later met with foreign journalists who had come to Donetsk, told them about his hospitalization for several years in a special psychiatric hospital (SPH) for coming out in defence of human rights and organized meetings with miners who told the journalists about their life.

On 12 December 1980 Nikitin was forcibly hospitalized. When his sister visited him after a few days in hospital, she found him changed beyond recognition.  In accordance with a court ruling of 6 January 1981 he was for the third time sent to the Dnipropetrovsk SPH.  From 1982-1983 Nikitin was held in the Alma-Ata SPH, where he was operated on after stomach cancer was diagnosed.

In September 1983 Oleksiy Nikitin was moved to the Donetsk Psychiatric Hospital where he died in spring 1984. 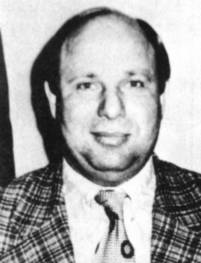