Serhiy Naboka was born in Tula, Russia, into a family of journalists who moved and settled in Kyiv.

Naboka began reading very early. At the age of 13 or 14 he read Lenin’s “The State and revolution” and was thereafter both anti-Soviet and anti-communist in his views. He then read the textbook “The History of the Ukrainian SSR”, which raised so many questions that he had to read other open and “approved for studies” literature. “So many lies emerged, even in some philosophical understanding”, that Naboka, in his own words became a real “bourgeois nationalist”.

Naboka was profoundly affected by the arrests of the people who had come to the monument to Taras Shevchenko on 22 May 1972 (to commemorate the anniversary when Shevchenko’s remains were brought from Russia and reburied in his homeland by laying flowers, and reading both Shevchenko’s verse and their own).

Having completed his military service, Naboka studied at the Kyiv University Faculty of Journalism from 1976 to 1981.  He worked as editor in the publishing company “Mystetstvo” [“Art”].  The general atmosphere was oppressive (this being during the so-called period of stagnation). He continued to meet with friends from school and felt the need to do something.  In 1979 he co-founded the Kyiv Democratic Club which ran seminars on philosophy and religion, held discussions and exchanged literature. In Naboka’s words, the core of the Club was made up of those who wanted to do something, while on the periphery there were those who might take part, and there were was a third circle who didn’t want to do anything, were afraid of everything, but who found the Club interesting.  In this way, a group gathered around the Club of forty, perhaps fifty people.

It would appear that the Club was being watched. When, in 1981, five members of the Club attempted to distribute leaflets on the eve of the Day of Ukrainian Political Prisoners, with more or less the following content: “Fellow Citizens!  The twelfth of January is the Day of Ukrainian Political Prisoners. Let us support them!” — arrests followed immediately. Four people were arrested in this connection (Naboka, L. Mylyavsky, L. Lokhvytska, I. Chernyavska).

Naboka was arrested on 11 January 1981.  The charges included, in addition to the leaflets, writing “defamatory” poems and articles, including the poem  “O, dai nam Bozhye” [Lord, grant us], “Khvala tobi” (“Praise to Thee”), a collection “Prozrinnye” [“Insight”], the articles “Na pereputye. Psyevdosotsializm” [“On the crossroads. Pseudosocialism”], “Vzhe chymalo nadyi” [“No few hopes already”, taking part in drawing up a manifesto about the internal political situation in the USSR and the text “Prospects for filling the spiritual vacuum in Soviet society”, as well as in composing the text of a leaflet with a call to support the boycott of the 1980 Olympic Games in protest against the occupation by the USSR of Afghanistan. On 29 June 1981 he was sentenced by the Kyiv City Court under Article 187-1 of the Criminal Code of the Ukrainian SSR (“dissemination of patently false statements defaming the Soviet political and social system”) to 3 years deprivation of liberty. He served his sentence in a camp for criminals in the Khmelnytsky region.

On his release in 1984, Naboka returned to Kyiv and became involved in religious activity. He worked for a year as a caretaker in the Kyiv Pecherska Lavra. During perestroika he took part in the restoration of the Ukrainian Autocephalous Orthodox Church (UAOC). He takes pride in the fact that the community of the UAOC created by him and people who shared his views was the first in Ukraine.

From 1987-1989 he was the organizer and head of the Ukrainsky kulturolohychny klub [The Ukrainian Cultural Studies Club].  Later the Club fully merged into the Ukrainian Helsinki Union (UHU).

In 1989 Naboka published an independent newspaper called “Holos vidrodzhenya” [“ Voice of Renewal”].  Although the newspaper actually stated that it was the newspaper of the UHU (and Naboka was at the time a member of the All-Ukrainian Coordination Council for the UHU), the Union did not in fact play any role in its production. Naboka and his wife themselves put together the newspaper, used their own money to have it published in the Baltic States and distributed it on Khreshchatyk in Kyiv.

From 1989 Naboka was a correspondent for Radio “Svoboda” [Radio “Liberty”], the co-founder, joint owner and general director of the Ukrainian independent news agency “Respublika” (UINAR). From 1994 he was the President of the Ukrainian Media-Club and Chief Editor of the press centre “Haryacha liniya” [“Hotline”].

Naboka was one of the most popular of contemporary Ukrainian journalists.

He died suddenly in Vinnytsa near the prison where he had once been held. He had been preparing material about the treatment of prisoners in Ukrainian penal institutions. He was 48. 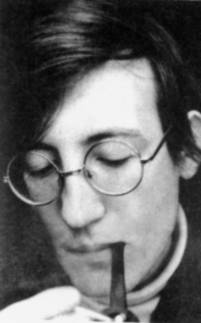 DAY OF THE UKRAINIAN POLITICAL PRISONER