Mazur was born into a family of teachers. His early years passed in an atmosphere of still surviving national traditions, and against the background of the War, living history and frequent moves by his parents from village to village.  From childhood he strove to fully understand the essence of the life of the people.  After the War, Mazur heard stories about Stalin’s crimes.  All of this required deep thought and a process of clearly defining his own position. In 1961 he entered the language and literature faculty of the Zhytomyr Teachers’ Training Institute, but he was called to military service while in his second year. He served in the Crimea and in where he fell ill with hypertension and returned home with 3rd group disability status.

He returned to his studies in 1965.  He carried out national awareness-raising work among students, as a result of which he was summoned to discussions at the KGB in 1966. He heard about the works of I. DZIUBA and travelled to Kyiv to meet him.

He graduated from the institute in 1967, and taught Ukrainian language and literature in the in the Yemylchynsky district.

In the spring of 1968, at a meeting of the writer O. Honchar with students from the Zhytomyr Teachers’ Training Institute, a text written by Mazur was read out in the students’ name. The text spoke of issues of national spiritual level, raised by Honchar in his novel “Sobor”, attacks on which were only beginning. The hall and all of Zhytomyr were in furore.

The KGB began systematic persecution of the author of the text and Mazur was forced to leave his work in the school in Ryasno. He was able to find work in the neighbouring in the Korostensk district as a teacher of German.  At a “Lenin lesson” in 1971, Mazur told the students about the Holodomor [Famine] of 1932-1933, repressions, about the appalling position of elderly collective farm workers which often ended in tragedy, and he criticized the Soviet system of compulsory “elections without choice”. He was dismissed from his job due to his “professional unsuitability”.  Deprived of the possibility of working according to his profession, and ill with hypertension, Mazur was charged by the Malyn District Court with “parasitism” and sentenced to a year’s compulsory work. Mazur appealed the sentence however he did not have a chance to hear the ruling of the appeal court. On 28 February 1973 Mazur was summoned to the , where in five minutes he was sentenced to one year’s imprisonment (instead of the replacement in accordance with the law of one year’s compulsory work by a 4 month term of imprisonment. He served his sentence in a general regime labour camp in the of , Romensk district of the region. He was often ill. KGB officers arrived from Zhytomyr and tried to concoct a new “case”.  One of the prisoners refused in writing to testify against Mazur. It was possibly for this reason that the KGB limited itself to a warning in accordance with the Decree of the Presidium of the Supreme Soviet of the from 25.12.1972.

After his release, he worked in Malyn at a factory carrying out experiments, then, following an accident, on the collective farm in his home village. He worked with the Ukrainian Helsinki Group (UHG) and met with M. RUDENKO.  In connection with a trumped up case, V. OVSIYENKO travelled to O. MESHKO in Kyiv and on 7 February 1979 brought a human rights representative from to his trial.

During a search in June, Mazur’s statement in defence of I. DZIUBA, his protest about the exclusion from the Union of Writers of A. SOLZHENITSYN, the text of V. OVSIYENKO’s “Instead of final words”, were removed. In his sentence, only V. OVSIYENKO’s text is mentioned.  On 30 June Mazur was arrested by the KGB and charged with “anti-Soviet agitation and propaganda”.  The charges were based on verbal utterances about the Russification of Ukraine, about the expediency of Ukraine’s secession from the USSR, etc back in his student days, while later statements were also mentioned, where Mazur expressed his views about the violation of human rights in the USSR, about the occupation of Czechoslovakia in 1968, against the war in Afghanistan, about the inevitable collapse of the USSR and others.

On 5 December 1980 the sentenced Mazur under Article 62 § 1 to 6 years harsh regime labour camp and 5 years exile. Mazur’s mother wrote a letter to the Secretary of the French Communist Party, J. Marchet, about the trumped up charge against her son, enclosing a copy of the sentence and asked for his help. This letter was published abroad however this did not have any impact on Mazur’s fate.

Mazur served his sentence in one of the Mordovian political labour camps, camp No. ZhKh-385/35 in the settlement of Barashevo. During his mother’s visits he passed on written and verbal information about the conditions for political prisoners. Mazur was co-author of a letter to Amnesty International in support of political prisoners. In 1983 Mazur was taken to Zhytomyr for “conversations” in the KGB.  They offered him release in return for renouncing his views. Mazur said nothing.

For letters addressed to Gorbachev about the threatening Chernobyl catastrophe he was, at the insistence of the Zhytomyr KGB, put into a punishment cell and spent the last 9 months of his term on punishment cell regime ( without being allowed to buy extra food, etc, and with hot food only once every two days).

On 30 June 1986 Mazur was sent straight out of the punishment cell into exile, and after a month he was moved to the in the Zaigrayevsk district of Buryatiya.  He was given a room in the hostel with the secretary of the Komsomol organization who in a drunken state broke Mazur’s arms, caused him severe cerebral injuries and broke his nose. After an operation and 10 days of treatment, Mazur was returned to the same room, where the torture continued. The authorities scarcely responded to Mazur’s complaints.  In autumn of 1986 Mazur fled from his place of exile and hid for two months in his home area. He was arrested in January the city of . He was sentenced to a year’s imprisonment. He served his sentence in a harsh regime labour camp in Sonechny, Buryatiya. On completion of his sentence, he was sent into exile in the same Zaigrayevsk district. He had no money, clothes or place to live. Mazur already had tuberculosis, and trying to save his life, in February 1988 he again fled. He was arrested in March in Mariupol and again sentenced to a year in the camps. He was placed in tuberculosis unit of the camp in Sonechny where he also contracted Botkin’s disease.

In September 1988 the Ukrainian Committee for the Defence of Political Prisoners sent a telegram to Mikhail Gorbachev calling on him to save Mazur’s life (a copy was sent to the international community). He was isolated from other ill prisoners, and on 8 December 1988 “pardoned”.

He lives alone in his home village.

I. Rapp. Supplemented by V. Ovsiyenko in July 1998, on the basis of D. Mazur’s own verbal 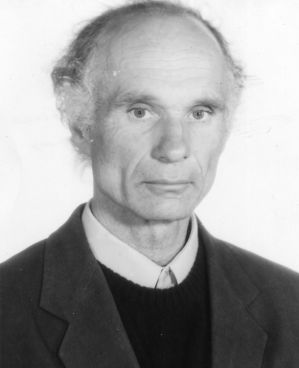