From a peasant family, in 1969 Marmus finished a vocational college in Lviv. He worked first at a meat processing factory in the city of Chortkiv, and then on a collective farm in his home village.

It was from broadcasts of Radio “Svoboda” [Radio “Liberty”] that Marmus and his friends first heard the names of contemporaries fighting for a free Ukraine, using words as their weapon. They heard the works of I. DZIUBA, Y. SVERSTYUK, the poetry of V. SYMONENKO, L. KOSTENKO and others. Particularly decisive was to be 1972 which saw the second wave of arrests throughout Ukraine.

In light of the seriousness of the situation, Marmus decided to create an underground organization with the objective of achieving Ukrainian independence. Marmus drew up the text of an oath which each person joining the organization was obliged to declare their adherence to. On 5 November 1972 the oath was taken by Marmus himself, P. Vynnychuk, V. Senkiv and P. Vytiv. That same night they ripped down flags of the USSR hung to commemorate the October Revolution at the medical treatment clinic and at the sauna. There were 9 members in all of the organization.

In 1971 in the village of Rosokhach in front of everyone, the burial site of the Sichovi striltsi [fighters from military units striving for a free Ukraine] which had been dug by the entire village in 1942 in one night, was destroyed. Marmus then concluded that if a grave for the striltsi was not needed, then neither was the monument to Soviet soldiers. In this way, one ill led to another: in October 1972 V. Senkiv and P. Vytiv tried to destroy the monument.

For the 55th anniversary of the proclamation of the Ukrainian National Republic (UNR) in 1918, Marmus wrote the texts of a proclamation and leaflets: “Svoboda ukrainskym patriotam” [“Freedom for Ukrainian patriots”], with the victims of the repressive measures meted out to dissidents in 1972 – 73 in mind; “Hanba polititsi rusyfikatsiyi!” [“The policy of Russification is an outrage!”], “Khai zhyve zrostayuchy ukrainsky patriotism!” [“Long live and flourish Ukrainian patriotism!”] In honour of this date, on 21 – 23 January 1973 the group held a protest action against the policy of Russification in Ukraine and the arrests of members of the Ukrainian intelligentsia, demanding freedom of the press, of political demonstrations and gatherings. Four blue and yellow flags were raised in Chortkiv and 19 leaflets pasted up.

The KGB began actively searching for those responsible. On 25 February 1973 Marmus was arrested and taken to Ternopil where the investigation was carried out. During the investigation, Marmus stood firm in rejecting all of the KGB’s accusations.

All those arrested were charged with anti-Soviet activities under Articles 62 and 64 of the Criminal Code of the Ukrainian SSR.

In the camps he took part in protest actions to mark Human Rights Day, the signing of the Helsinki Accords and over the intolerable conditions in which political prisoners were held.

While in exile in the Tyumen region, Marmus on several occasions addressed appeals to various bodies in support of O. MESHKO, V. PIDHORETSKY, Z. ANTONYUK, Y. SVERSTYUK with regard to their medical treatment and improving their living conditions, etc.

After his release, Marmus worked on the collective farm in his village.

Marmus lives in Chortkiv and works in the district State administration. He is married and bringing up two sons.

The sentence of the Ternopil Regional Court from 24 September 1973. 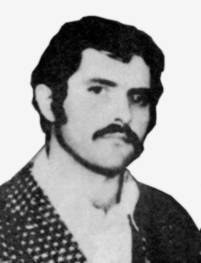 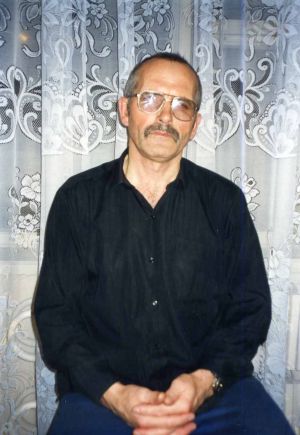