Marchenko’s grandfather – Mykhailo Marchenko – was a well-known Ukrainian historian who went through Stalin’s camps and who from 1962 was a professor of Kyiv University. His mother, Nina MARCHENKO (SMUZHANYTSA) was a teacher of Ukrainian and specialist in methodology.

Marchenko graduated from the Languages and Literature Faculty of Kyiv State University. From September 1970 he worked in the editorial office of the newspaper “Literaturna Ukraina” [“Literary Ukraine”], while at the same time studying as an external student of the Baku University.  His first writing experience was from articles about Ukrainian-Azerbaijani literary contacts and translations from Azerbaijani and Polish.  By 1973 Marchenko had more than 100 publications to his name, and three books – translations from Azerbaijani

For refusing to collaborate with the KGB, Marchenko was placed under surveillance and his articles “Za paravanom ideinosti” [“Behind the screen of idealism”], “strashny yakis tyahar” [“Some kind of terrible burden”], “Kyivsky dialoh” [“Kyiv dialogue”] were deemed to be anti-Soviet and nationalistic.

On 25 June 1973 Marchenko was arrested. He was charged with authorship of the above-mentioned articles, and agitation in verbal and written form, reading and distributing the work of Ivan DZIUBA “Internationalism or Russification?”  On 29 December 1973 the Kyiv Regional Court sentenced him under Article 62 §1 of the Criminal Code of the Ukrainian SSR (“anti-Soviet agitation and propaganda” to 6 years labour camp and 2 years exile.

He served his sentence in the Perm political labour camps.  Marchenko’s experiences in KGB cells, solitary confinement or cells with planted informers, long gruelling journeys under convoy, prisons, punishment cells and prison hospitals with medical staff with sadistic leanings made him an adamant opponent of the regime.

„Having challenged the entire empire of lies, I had one support, my awareness that the yoke was unendurable. I need only hurl myself against the stone wall, and feel the pain of impact in order to understand that it can nonetheless be overcome, that one can and must fight it. Rejection of Bolshevism is not a discovery for me, but a form of existence.  And it is not silently, passively that it needs to be opposed. The demand to democratically resolve all problems – this is the only possibility for each Ukrainian citizen“ (from a letter to his grandfather, Ural, 1975, harsh regime camp, No. VS 389/35, Vsekhsvyatskaya, Chusovoi district, Perm region).
He could not, however leave this earth without telling people what he had seen. Marchenko became a kind of chronicler of the camps: he collected information about the position of prisoners, collective and personal appeals, articles, essays and interviews and had it smuggled to the outside world. He was one of the compilers of the report “On the position of prisoners in the labour camps of the USSR”, which was published by the Moscow Helsinki Group as Document No. 87, on 25.04.1979.  The main role in getting this material out of the camps and to the West for publication was played by his mother.  During his years in captivity, including those in exile in Saralzhyn, Aktyubinsk region in Kazakhstan (from July 1979 to May 1981, he translated Tomas Jefferson’s “Declaration of Independence” (1976), the poetry of Robert Burns, W.B. Yeats, Edgar Lee Master and E.J. Gaines (1975-1976), as well as prose by Somerset Maugham, Edgar Allen Poe and others.

In May 1981 Marchenko returned from exile to Kyiv.  He found work as guard of a plantation for trees and bushes, earning a pitiful salary. He directed addresses at the authorities in which he protested against the lawlessness and tyranny in the country and wrote about the lack of rights of former prisoners, about the endless terms of punishment.  And this was after he had been warned by a doctor that with his grave kidney disorder “you won’t survive a prison sentence”.

In 1982 Marchenko applied to no avail for permission to go abroad for medical treatment.

In the same year he wrote an article with the title “Hulak”, about the Kyrillo-Methodian Mykola Hulak. The fate of a representative of the intelligentsia in conditions of totalitarianism had long concerned Valery. His suffering had developed in him a deep faith in God, faith in his awareness of God in himself, in people, and a sense of the spiritual level of the world. The essay “Tam, u kyivskykh pecherakh” [“There in the Kyiv caves”], written in 1983, reflects his own worldview. At that time he also took interviews of Boris ANTONENKO-DAVYDOVYCH, and Nadya SUROVTSOVA.

The world did hear Marchenko.  Almost everything that he wrote was published abroad. For his courage and honesty as a journalist he was made a member of the European PEN-club.

In 1982 an order was issued by the Minister of Education of the Ukrainian SSR to increase the studying of Russian in Ukrainian schools. Marchenko got this to the Ukrainian Diaspora with the comment: “I enclose a fresh Valuyevsk Decree” [referring to a secret instruction in Tsarist times banning the Ukrainian language].

On 21 October 1983 Marchenko was again arrested. He was charged, in particular, with preparing and distributing documents “in order to subvert and weaken the Soviet political and social system”.  They even included the case of his grandfather, who had been in the GULAG from 22 June 1941 to February 1944 and who died a year before the second arrest of his grandson.

On 13 March 1984 the Kyiv City Court declared Marchenko a particularly dangerous repeat offender and convicted him under Articles 62, § 2 of the Criminal Code [CC] of the UkrSSR,  Article 56 § 2 of the CC of the Kazakhstan SSR and Article 70 § 2 of the CC of RSFSR (All the same “anti-Soviet agitation and propaganda”).  He was sentenced to 10 years special regime labour camp and to 5 years exile.

He was transported under convoy, with the journey lasting 55 days, spent in transfer prisons, in Stolypin carriages, with no concessions made to his illness, to a unit of the special regime colony VS-389/36 in the village of Kutchino, Chusovoi district of the Perm region. From 27 May to 20 August 1984 he was held in the camp.  Then, after worldwide appeals to release him, he was sent first to a prison hospital in Perm, and then to Leningrad.  The medical department of the Ministry of Internal Affairs had called for him to be released as terminally ill, but the KGB refused to allow this.  He died on or around 7 October 1984 of kidney failure in a prison hospital. His mother was not allowed to take her son’s body for several days.

Valery Marchenko was buried on 14 October 1984 in the cemetery in the village of Hatne, Kyiv-Svyatoshynk district of the Kyiv region.

On 18 October 1991, an evening in memory of Valery Marchenko was held in the Grand Hall of the Kyiv House of the Teacher.

In November 1997, the Board of the Literary Fund of the Union of Writers of Ukraine and the Health Centre “Kebot” launched the Valery Marchenko Literary Award for works of civic significance and social impact. 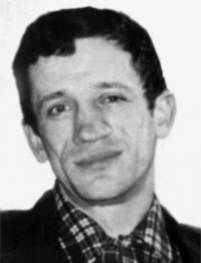