Lupynis was born into a family of dispossessed “kulaks” [more affluent peasants]. In 1954 he entered the Mathematics faculty of Kyiv State University and in the same year began writing poetry, leaflets and letter-appeals in connection with the bad conditions of life calling on the people to take up arms against the government and ruling elite of the Party. He considered that the struggle of the 1940s and 1950s in Western Ukraine was connected with the rejection of the system existing in the USSR.

On 15 October 1956 he was arrested, and charged on the basis of a poem “The Eagle and falcon” about Stalin and Khrushchev, as well as with anti-Soviet conversations.  On 8 April 1957 he was sentenced by the Kyiv Regional Court under Article 54-10 (“anti-Soviet agitation and propaganda”) of the Criminal Code of the Ukrainian SSR to 6 years labour camp.  At the trial Lupynis stated that the policy of Khrushchev was directed against the people.

He served his sentence in the Mordovian political labour camps.  In 1957 the camp inmates marked the fortieth anniversary of the October Revolution by calling a strike in which 2000 prisoners took part.  On 3 February 1958 the Supreme Court of the Mordovian Autonomous SSR sentenced Lupynis as the head of the strike committee under Articles 58-10, 58-11 (the same as the Ukrainian Articles 54-10  and 54-11 “involvement in a counter-revolutionary organization”), and Article 59-2 Part 2 (“organization of mass disturbances”) of the Criminal Code of the RSFSR to a 10 year prison sentence.

Lupynis began serving his sentence in the Vladimir prison.  However in 1962 he fell seriously ill, with polyneuritis which was not treated, leading to paraparesis of the legs.  In later years he was also diagnosed as having stomach ulcers, myocardosis, kidney stones and an illness of the liver. He was returned to Mordovian camp No. 10, and spent much of his sentence in the hospital (camp No. 3, the settlement of Barashevo).

In 1967 at the end of his sentence, he was taken to his parents on a stretcher.  He was given lifelong first group disability status.  It was two years before he could move around on crutches.

In 1969 Lupynis applied to study at the Philosophy Faculty of Kyiv State University. Having seen his application form the Dean of the Faculty, Tancher, sent Lupynis to see the deputy head of the Committee for Party Control under the Central Commission of the Communist Party of Ukraine, Podopryhora, who informed him that even having received a score of 20 out of a possible 20, he would still not be accepted. He advised Lupynis to go and work in a factory, in a workshop so that he could begin to understand proletarian ideology and win the trust of the workers. In December 1969, Lupynis entered the External Department of the Economics Faculty of the Ukrainian Agricultural Academy.

By spring 1970, Lupynis could already move around without crutches. He worked as the administrator in the Kyiv Concert Choir Society.

On 22 May 1971, he spoke at the traditional gathering around the Monument to Taras Shevchenko (marking the anniversary of the reburial of the poet in his native land).

On 28 May 1971 Lupynis was arrested and charged under Article 62 § 1 of the Criminal Code of the UkrSSR (“anti-Soviet agitation and propaganda”).  An examination by the Serbsky Institute, led by L. Lunts, declared him mentally unfit (although after his first arrest, an examination at the Pavlov Psychiatric Hospital in Kyiv had found him mentally healthy).

When A. Sakharov, I. SVITLYCHNY and I. PLYUSHCH appeared in court, the hearing was postponed. On 28.12.1971 the Kyiv Regional Court, in the absence of Lupynis and his lawyer ruled that Lupynis undergo compulsory “treatment” in the Dnipropetrovsk Special Psychiatric Hospital. He was treated with haloperidol, triftazine, tizertzine, sulfozin (anti-psychotic drugs), and 40 sessions of insulin shock therapy.

In January 1974 a medical commission called for him to be discharged however the court refused to release him. The treatment was resumed. Two months later the chief psychiatrist of the Ministry of Internal Affairs (MIA) of the USSR, Professor Rybkin, examined Lupynis and concluded that it was necessary to “stop the treatment and discharge him as soon as possible”.  In June, the commission again called for Lupynis’ discharge, and received the same negative result from the court.  .

Lupynis lodged complaints with the Ministry of Health, the Medical Department of the MIA USSR and the Presidium of the Society of Neuropathology and Psychiatry. The only result was that he was transferred to another unit and an investigation was carried out as to how he had managed to send out the complaints.  Members of the medical staff who were suspected of having helped him were dismissed.

Half a year later the commission repeated their call for Lupynis to be released with the same outcome.  The head of the unit refused to treat him, and he was transferred to another unit.

In 1976 Lupynis was moved to the moved to the Alma-Ata Special Psychiatric Hospital (SPH).  Since the Dnipropetrovsk SPH did not send on his medical records, the treatment was started from the beginning.

In February 1977 the medical commission decided to present their conclusions regarding the withdrawal of Lukynys’ diagnosis at a general medical conference. They asked the Dnipropetrovsk SPH for the medical records and received information presenting Lukynys as a particularly dangerous criminal.  Three more requests for the records were sent with no response.

In 1978 the medical commission called for Lukynys to be discharged, and the court this time ruled that he receive compulsory treatment in a standard hospital.

In April 1979 Lupynis was assured in the Pavlov Psychiatric Hospital in Kyiv that “In June you’ll be home!”

In May, however, he was sent to the Cherkasy Psychiatric Hospital. On 26 November 1979 the hospital sent the Kyiv Regional Court material calling for Lukynys’ discharge, but heard nothing. They told Lukynys: “After the Olympics, we’ll send the documents again”.

On 21 June 1980 Lukynys was suddenly taken back to the Dnipropetrovsk SPH — so suddenly that the documents had not been prepared and the hospital refused to accept him, and he was returned to the Cherkasy Psychiatric Hospital.  It transpired that on 16 June the People’s Court of the Smilyansk District of the Cherkasy region had ruled that because of an attempt to run away Lukynys should be returned to the Dnipropetrovsk SPH  (neither Lukynys himself, nor his relatives were told anything about the court hearing).  The “attempt to run away” referred to one occasion when Lukynys, with the permission of his hospital attendant had spent a few hours outside the hospital with his relatives, and had, moreover, arrived back at the hospital at the time stipulated.

Lupynis’ story and his poems were published in the samizdat journal ”Ukrainsky visnyk” [“Ukrainian Herald”] edited by  Stepan KHMARA (№9).

Anatoly Lupynis was released in 1983.

In 1988 Lupynis was one of the people behind the creation of the environmental organization “Zeleny svit” [“Green world”], the Ukrainian chapter of “Memorial” and Narodny Rukh Ukrainy [Popular Movement of Ukraine] (Rukh).

In 1990 he was one of the five initiators of the calling of the Ukrainian Inter-Party Assembly), later to become the Ukrainian National Assembly.

In 1991 Lupynis was arrested and charged with organizing mass protest actions in Kyiv during the debate in the Verkhovna Rada on the draft for the new union agreement and during the visit to Kyiv by Gorbachev to meet with Germany’s Chancellor, Helmut Kohl.

Information Bulletin. Working Commission investigating the use of psychiatry for political aims. No. 23, 1980. 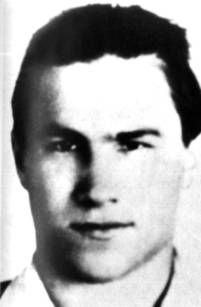