(b. 02.04.1921, village of Tserkivna, Bolekhivsky district of the Ivano-Frankivsk region, then on Polish territory)

Kurylo was born into a peasant family. He studied at the Literature Faculty of the Podebradsky University (Czechoslovakia) but could not finish because of the Second World War.

In 1941 he went through a youth program of military, propagandist and medical training for the OUN (the Organization of Ukrainian Nationalists), and in 1942 became a member of the OUN. He served in the UPA (Ukrainian Resistance Army) as a propagandist, took part in putting out journals, newspapers and leaflets. In autumn of 1946 he was wounded and sent to a hospital organized by the underground hospital where, on 7 November, he was arrested. On 25 February 1947 he was sentenced by a Military Tribunal of the Forces of the NKVD for the Ivano-Frankivsk region under Articles 54-1 (“Treason against the homeland”) and 54-11(“involvement in a counter-revolutionary organization”) of the Criminal Code of the Ukrainian SSR to 10 years labour camp. He served his sentence in the Komy Autonomous Republic of the USSR (Ukhta, Vorkuta, Mulda).  He took part in the uprising at the 29th mine on 1 August 1953 under the slogan “Freedom for us – coal for the Motherland”.  On 1 September 1953 the authorities opened fire on the protesters from the observation towers. 376 prisoners were killed.

Kurylo was released in 1958. He lived for two years in the villages of the Lviv region without registration, working as a paediatrician, and during this period was constantly subjected to persecution.  He was registered in Western Ukraine only as somebody seriously ill.  He gained his higher medical education at this time, and from 1973 worked as a masseur-therapist in hospital No. 8 in Lviv.

On 30 January 1980 Kurylo was arrested, charged under Article 62 § 2 of the Criminal Code of the Ukrainian SSR (“Anti-Soviet agitation and propaganda”) and on 16 June sentenced as a particularly dangerous repeat offender by the Lviv Regional Court to 10 years harsh regime labour camp and 5 years exile.. He was accused of keeping up till the day of his arrest “for the purpose of distributing them” documents “of anti-Soviet content”, received in Vorkuta back in 1955 “from unidentified individuals”.  He was also charged with reading the works of V. MOROZ, V. CHORNOVIL, the poetry of V. SYMONENKO, and on the grounds of his own articles: Dobrovilny soyuz” [“Voluntary union”], about the position of the Ukrainian people in the USSR (1972), “Prosnysya, skhamenysya, lyuby brate miy” [“Awake, stop and think, my brother”] (1979) about the continuing “terror and violence” in Ukraine, and also his poems from various years.  During the search of his home, the title page for his collection “Prometey” [“Prometheus”] as well as the documents he was planning to publish there were removed.  He served his sentence in the Perm political labour camp, No. VS-398/36 (the village of Kutchino, Chusovsoidistrict) where he took part in collective protest actions. Due to seriously ill health, he was several times treated in the camp hospital.

By Decree of the Presidium of the Verkhovna Rada of the Ukrainian SSR from 19 February 1987, the 67-year old, almost blind Kurylo “was pardoned”, and the remaining 2 years, 10 months and 16 days were replaced by a “suspended sentence” with a probationary period of 3 years.  Administrative surveillance of Kurylo was imposed, and four times a month, right up to the end of the sentence, a police officer checked where he was living, who was visiting him, where he was going, etc

He is retired and lives in Lviv. Due to poor eyesight, he has first group disability status

I. Rapp, supplemented by V. Ovsiyenko. 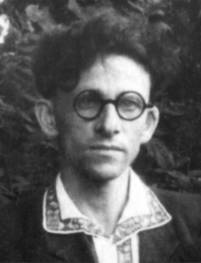 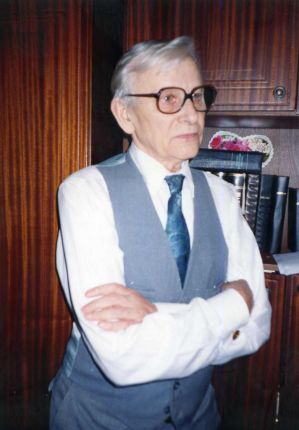