Kutsenko was born into a peasant family. From childhood he heard old men frightening children by saying that they would be put in a collective farm.  Kutsenko heard their accounts of the Holodomor [Famine] of 1932-1933 and of 1947, leading even to some cases of cannibalism. His grandfather suffered political repression from 1931 – 1934.  In the village everybody was able to read and write, and during the collectivization period the authorities seized all books they could find and burned them on the central square of the village.

Years later, in the 70s, Kutsenko with his father went through boxes of books which they had managed to hide from the authorities. As well as religious books, there were also rare editions – a history of the world in Polish, a collection in several volumes of Cervantes, a Ukrainian Psalter from 1749 and other books.

Parents endlessly urged their children to ‘study hard and move to the city, at least there you’ll be a person”.

At 15 Kutsenko likewise left for Kyiv to study in a technical college connected with ship-building. On completing this, he worked at a ship-building factory and lived in a hostel while at the same time completing evening school.  In 1968 he was called up for military service, and served in the missile forces. He was valued highly and sent to study on a year-long course for political workers which he completed with all “A“s.  In the college, he was accepted into the Party. Having attained the rank of lieutenant, Kutsenko was sent on military service already as a professional military man to the Moscow military district.  He served in Zagorsk (now Sergiev Posad).

Kutsenko always read a great deal, including those books which were vehemently criticized in the press. He also listened to foreign broadcasts. He heard a lot, at least at his work-related seminars in Moscow about A. Solzhenitsyn and A. Sakharov. He was, however, unable to get hold of their works, or religious books. By chance a Baptist from his region gave him a copy of the Gospels, and in a bookshop on Arbat (Street) in Moscow he met V. Meilanov who introduced Kutsenko to some Moscow dissidents. The latter provided Kutsenko with various books – from Iskander and Bulgakov to A. Avtorkhavov, A. Solzhenitsyn and A. Sakharov, as well as with the journals “Posev”, “Vekhi” and others.

For eight or nine years Kutsenko read avidly and, of course, could not resist sharing, as he puts it, “this light in his heart” with those around him. He was “denounced” to the political department by a close colleague although the copy of Solzhenitsyn’s “One day in the life of Ivan Denisovych” that Kutsenko had given him to read was in fact a Soviet publication. Kutsenko was thus for 5 years under close surveillance and had to be extremely circumspect. The girls from headquarters whom Kutsenko also gave books to read even gave him a list of the staff KGB informers of whom there were 10 for each battalion.  At the same time Kutsenko was a reasonably loyal officer (“an independent thinker without one thought expressed aloud”).

Kutsenko hoped, in spite of the search carried out on 13 June 1984 that a person originally from a village, a factory worker who had already served in the army as company commander for 16 years, and who had been tested for loyalty many times, would not be classified “a class enemy”.

Nonetheless in August 1984 he was taken away not for a talk at the KGB headquarters, as Kutsenko was told, but directly to Lefortovo (prison).  On 15 February 1985 Senior Lieutenant Kutsenko was sentenced by the military tribunal of the Moscow military district under Article 70 § 1 of the Criminal Code of the RSFSR (“Anti-Soviet agitation and propaganda”) to 4 years harsh regime labour camp and had his military rank removed.  The charges were based on accusations of having distributed the books of A. Solzhenitsyn and A. Zinoviev, on his diary entries and drafts of letters in support of  A. Shcharansky, Y. Orlov and others, things he said at political study sessions (in particular that Ukraine would be able to exist independent of the USSR).

He served his sentence in the Perm political labour camps.

During Gorbachev’s campaign on pardoning political prisoners, Kutsenko twice refused to make an application asking to be pardoned.  According to the Decree of the Presidium of the Supreme Soviet on amnesties of 18.06.1987, the remainder of Kutsenko’s sentence was halved. On 12 January 1988 he was released.

In 1991 Kutsenko returned to Kyiv and worked as an assistant to the Head of the Council on Religious Affairs under the Cabinet of Ministers of the Ukraine. From 1994 Kutsenko was Deputy Leader of the Democratic Party of Ukraine.

In 1988 he published a book with the title: “Dyakuyu tyurmi. Spohady i dokumenty” [Thank you, prison. Memoirs and documents”]. 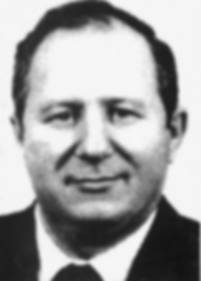