Born into the family of a grain farmer, Stepan Khmara dreamed from childhood of becoming a historian or a lawyer in order to defend the rights of the people. However he realised early that an honest person would inevitably come into conflict with the authorities and would end up as a result behind bars.  Having worked from 1955-1959 as a driver, Khmara opted for an ideologically neutral profession: in 1964 he graduated from the dentistry department of the Lviv Medical Institute, and worked in the Sokalsky district.

In the 1960s and 70s he circulated samizdat literature, and translated into Ukraine Andrei Sakharov’s “Reflections on progress, peaceful coexistence and intellectual freedom”. After the second wave of arrests of the Ukrainian intelligentsia in 1972-1973, the arrest of the editor of the journal “Ukrainsky visnyk” [“Ukrainian Herald”], Viacheslav CHORNOVIL, Khmara, Oles and Vitaly SHEVCHENKO took upon themselves the task of reviving the publication. Khmara and O. SHEVCHENKO made the preliminary arrangements for this in 1973.  The seventh and eighth issues were ready in 1974 and a microfiche copy of the journal was smuggled to the West where the journal was published and also translated into English.  The publication was one of the most important sources of information about the history of political repression in the middle of the 70s. The issues which Khmara played a part in producing differed from previous issues in their obviously political – anti-imperialist and anti-communist – nature.  The material, almost all written by Khmara, included the study: “Etnotsid ukraintsiv v SSSR” [“The Ethnocide of Ukrainians in the USSR”] (written under the pseudonym Maxim Sahaidak).  The study was based on historical facts and demographic statistics, Robert Conquest called Khmara’s work a remarkable phenomenon in the political thought of contemporary Ukraine. The study was broadcast over a long period of time by Radio “Svoboda” [Radio Liberty].

The publishers of these issues of “Ukrainsky visnyk”, activists of the national-democratic movement, were not known to the KGB, nonetheless in spring 1975, a search was carried out of Khmara’s flat, the reason given being that ‘information’ had been received about his supposed private dentistry practice.  The investigation continued for three months, but in the absence of any proof, the case was closed. Khmara understood “the hint” and for a time suspended his dangerous activities. The ninth issue of “Ukrainsky visnyk” fell into the hands of the KGB during an attempt to smuggle it to the West.

On 31 March 1980, Khmara was arrested. Together with O. SHEVCHENKO and V. SHEVCHENKO, he was tried by the Lviv Regional Court under Article 62 § 1 (“Anti-Soviet agitation and propaganda) and Article 150 (“private business activities”) of the Criminal Code of the UkrSSR.  Khmara was sentenced to 7 years labour camp and 5 years exile with confiscation of property. He was charged with the publishing of “Ukrainsky visnyk”,  writing the work “Etnotsid ukraintsiv v SSSR”, as well as “holding conversations for the purpose of undermining the Soviet regime”.

He served his sentence in the Perm political labour camps.  There he also fought against violations of human rights, incurring for this additional punishment.  He refused to sign a letter recanting when this was demanded from each political prisoner. However, on 12 February 1987, one and a half months before the end of his labour camp sentence, he was “pardoned”.

On 23 April 1987, Khmara took part in a press-conference with foreign journalists. This was the first press-conference of former political prisoners released on the basis of Gorbachev’s “pardon”.

In 1990 and 1994 Khmara was elected Deputy to the Verkhovna Rada of the USSR and to the Verkhovna Rada of Ukraine. He was on the Commission on State sovereignty, inter-republic and inter-ethnic relations, a member of the Commission, later Committee on Defence and State Security Issues. Khmara persistently sought the adoption of the Declaration of State sovereignty and the designation to it of the status of a constitutional law, the passing of laws to ensure that Ukrainian young men did their military service specifically in Ukraine, as well as a law on confiscating the property of the Communist Parties of the USSR and of Ukraine, and on ensuring the lack of party-affiliation in state institutions and law enforcement bodies.

His unyielding position led to conflict with the authorities in the already sovereign Ukrainian State and even to the temporary suspension of Khmara’s Deputy’s immunity and to his arrest on 17 November 1990, leading to mass protests in Ukraine.

In 1990, during the October strike and student hunger strikes in Kyiv, Khmara was the first deputy to support them by holding a thirteen day hunger strike.

At the Founding Congress of the Ukrainian Republican Party (URP), he was elected Deputy Chairperson.  At the third Congress of the URP in May 1992, Khmara declared that he was leaving the party and called on his radical supporters to leave the hall. On 6 – 7 June 1992, these created the Ukrainian Conservative Republican Party. Khmara was elected its first Chairperson.

Stepan Khmara  The public statement of a candidate to the post of Speaker to the Verkhovna Rada of the Ukrainian SSR. //  Radyanska Ukraina [Soviet Ukraine], 1990, 22 July 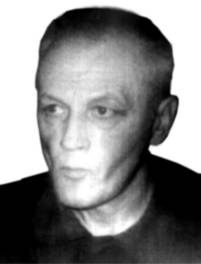