(b. 15.02 1943 in the village of Nosiv, Berezhansky (now Nodhaetsky) district of the Ternopil region)

Horokhivsky’s mother was from a peasant family, his father a carpenter. As an adolescent, his parents’ stories about the national liberation struggle, about the crimes committed by the Bolsheviks in Western Ukraine, in particular, how the bodies of 40 Ukrainians who had been tortured were pulled out of the river Zolota Lipa, had a profound impact on Horokhivsky.  At the age of 17 he decided that on Ukrainian territory he would speak only Ukrainian. From 1959-65 he studied at the Lviv Polytechnic to become a construction engineer, and then headed the construction group of a planning institute in Ternopil.

He wrote poetry, in particular, on socio-political themes, which were later judged by the KGB to be anti-Soviet. From 1966-69 he circulated I. DZIUBA’s work “Internationalism or Russification?” and other samizdat literature, held discussions with people about the anti-Ukrainian politics of the occupier regime.

He was arrested on 2 February 1969 together with Mikhail Samanchuk, with more than 100 witnesses being questioned in relation to the case. He was sentenced on 4 September 1969 under Article 62 of the Criminal Code of the Ukrainian SSR (“Anti-Soviet agitation and propaganda”) to 4 years deprivation of liberty in harsh regime labour camps. He served his sentence in Mordovian political labour camps, ZhKh-385/17-А (Ozyorny), Z (Barashevo) и 19 (Lesnoye), where Mykola BERESLAVSKY, Ivan SOKULSKY, Mykola HORBAL and others were held. He was released in February 1973 before the prisoners of the second wave of arrests in Ukraine began arriving in the camps.

Even with his technical education, Horokhivsky was not able to get a job.  Directors would first offer him work, but then, under pressure from the KGB, back down.  The KGB finally let Horokhivsky get a job at Ukrselkhoztekhprojekt – a branch of the Kyiv planning institute in Ternopil. From 1988, Horokhivsky worked at a combine factory.

Psychologically conditions “at liberty’ were worse than those in the camps because at least there he had been among people with similar views. Horokhivsky was frequently summoned to the KGB, where they demanded that he publicly condemn his past activities.

He regularly listened to Radio “Svoboda” [“Liberty”] and “Voice of America” and passed on truthful information. It was difficult among Halychans, terrified after so many years of terror, to create a milieu of like-minded people around him. He visited former fellow inmates and their relatives, but they sometimes asked him not to come anymore. In Kyiv he met with M. HORBAL, in Lviv through Olena ANTONIV he got to know M. HORYN.

During perestroika and glasnost, following the suggestion made by V. CHORNOVIL and M. HORYN, Horokhivsky began, from July 1988, creating an initiative group of the Ukrainian Helsinki Union (UHU) in the Ternopil region. On 14 January 1989 he tried to call together people to create a regional branch, but it was broken up by the police. He then, on 26 January, called people (among them the former political prisoner Volodymyr MARMUS) to his flat. The only person aware that this was a gathering of the UHU was M. HORYN, who as member of the All-Ukrainian Council of the UHU had come from Lviv. An attempt to hold a founding meeting of a branch of the UHU at the combine factory was foiled. Horokhivsky was summoned to the Prosecutor’s office where, in the presence of a KGB officer, he declared: “You can crucify me, but I won’t renounce the UHU”.

Horokhivsky organized the first political rallies in Ternopil and in 1989 founded branches of the All-Ukrainian Association of political prisoners and victims of repression, the Society of the Ukrainian Language, “Memorial”, and of Narodny Rukh Ukrainy [The Popular Movement of Ukraine] (RUKH).  In May 1989 he prepared national flags which appeared for the first time on the streets of Ternopil. At the first rally to mark the restoration of the Ukrainian Greek-Catholic Church (UGCC), Horokhivsky was detained by the police, however Ivan HEL called on the participants in the rally not to disperse until he was released. The KGB officers were forced to bring him out so that those present could see him.  The court imposed a fine of 1000 roubles or 15 days custodial arrest. Since he didn’t have the money, he agreed to the arrest.

Horokhivsky organized a petition campaign to close atomic power stations, to have Ukrainian declared the State language, to introduce Ukrainian citizenship and to ensure that Ukrainian young conscripts only served on Ukrainian territory. In 1988-89 he organized trips of Greek Catholics to Moscow to demand the legalization of the UGCC.  Under Horokhivsky’s leadership, the Ternopil branch of the UHU became the largest in Ukraine after Lviv. 1989 became a turning point for Halychyna with people ceasing to be frightened of speaking the truth.

During a one hundred thousand-strong march and demonstration held on 23 August 1989 to demand the denunciation of the Ribbentrop-Molotov Pact, the demonstrators broke through the lines of police and a battle was imminent. The demonstrators stopped in front of the regional committee of the Communist Party demanding guarantees of freedom of speech and assembly. In this struggle, Horokhivsky was the acknowledged leader of the national liberation movement in the Ternopil region.

In March 1990 and in April 1994, Horokhivsky was elected State Deputy (MP) of Ukraine. He was a member of the Verkhovna Rada Commission on State Sovereignty, then on the Committee on issues of nuclear policy and safety. He headed the Deputy group of the URP in the Verkhovna Rada, and was a member of the “National Council”, of the Deputy groups of “Constitutional Centre”, “Statehood” and “RUKH”.  He concentrated his energy on defending voters’ rights, while also taking part in drawing up the Declaration of Sovereignty, the Act of State Independence of Ukraine, draft laws on freedom of conscience and rehabilitation of victims of repression.

Since 1998, Horokhivsky has been the chairperson of the Ternopil association in Kyiv. He is an honorary professor of the Ternopil Technical University. In recognition of all he has done for his country, on Independence Day 24 August 1998, he was awarded the order “For services” third class. 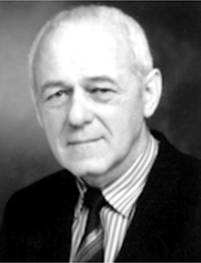