A worker, organizer of a democratic circle, former political prisoner

From the family of a civil servant, Donychenko finished secondary school and went out to work, while studying in the evenings.  At home he heard accounts from his stepmother about the horrors of collectivisation, about the Famine of 1932-1933, which had driven some to cannibalism, about arrests and repression. His father’s brother spent many years in the labour camps of the North, and took part in the famous uprising of prisoners in 1953.  In Donychenko’s words, a role in making him realize the vast divide between real life and what was written in the newspapers and talked about in schools was played by broadcasts of foreign radio stations such as “Voice of America” and others.

In 1956, while working as a mechanic for a tram and trolleybus depot and studying at evening school,  Donychenko created a democratic circle made up of workers and senior school students. In all there were 8-10 people, who in order to maintain secrecy were divided into two groups, the members of one not knowing the members of the other.  Donychenko led both groups. In the end, the group took the title “Realistic workers’ circle of democrats”, which was intended with time to turn into a party whose aim would be to fight against the existing regime. The members of the group were counting on the disgruntlement with Soviet rule on the outskirts of the USSR, the creation there of a revolutionary situation and then seizure of power. The new authorities would represent the rule of the people, this meaning first of all free elections, and democratic civil rights.  At the same time, factories and banks would belong to the State with chosen leaders.  Land was planned to be allocated to peasants according to the number of people in a household, but without the right to sell the land, in order to ensure that new “kulaks” (more affluent peasants) did not appear.  After the establishment of new structures, the authorities were supposed to organize a campaign on Moscow.

At the first stage, the main activity consisted of distributing leaflets in Donetsk and other cities of the Donbas area, under the titles: “Stalin is the enemy of the people”, “Freedom for political prisoners”, “The enemies of the people are in the Kremlin” and others.  After the introduction in 1956 of a tax on personal livestock, new leaflets appeared with “Khrushchev has thrust his hand into workers’ pockets”, “Down with Khrushchev!”.  Before the old New Year (13 January) 1957, leaflets appeared which began with the words: “Rise up, nation deceived”.

On 14 December 1956, the group distributed 150 leaflets dedicated to the anniversary of the execution by firing squad in 1934 of the Ukrainian poet D. Falkivsky[1], information about which Donychenko had received from the programs of “Voice of America”.

Donychenko also wrote letters to Ukrainian representatives of the arts calling upon them not to mask reality, but to defend the people. In all, some 2-3 thousand leaflets (all of which were written in printed letters by hand) were prepared.

All of these letters and leaflets ended up with the KGB. Some of them were found during searches, but the majority of them were handed to the KGB by normal Soviet citizens.

The organization existed for a year and a half.

On 3 August 1957, Donychenko was arrested. During the search, prepared leaflets, letters from his father’s brother in Vorkuta to Donychenko’s father were seized.  A “party archive” was later discovered, as well as a small quantity of home-made gun cartridges.  The KGB took away Donychenko’s manuscripts and 38 students’ notebooks and 7 general notebooks, as well as a notebook with the records of party payments. The notebooks had both diary entries, as well as draft copies of attempts to write articles about forced collectivization.  In addition, three home-made brochures with articles like: “Manifesto of the Democratic Party”, “The Declaration of Workers’ rights”, “Democratic teachings of our party”, “What is democracy?”, “Rules of conspiracy and the revolutionary underground”, “Tasks of the opposition”, “The Charter” and “Program of the Circle”, “Drafts of Party congresses”, and others were removed.

On the same day Donychenko’s closest friends were also arrested – Y. Serhiyenko and N. Maly, and then in a month – S. Volodchenko.  The formal pretext for arrest was the confession of the Melnyk twin brothers who had been in the Circle.

The investigation lasted 3 months. On 29 November 1957, the Donetsk Regional Court sentenced Donychenko under Articles 54-10 (“anti-Soviet agitation and propaganda”) and 54-11 (“involvement in a counter-revolutionary organization”) of the Criminal Code of the Ukrainian SSR to 8 years labour camp and 5 years loss of rights.

Donychenko  served his sentence in the Mordovian political labour camps.  In the camps he maintained contact not only with those from his native area, but also with prisoners from other cities of the USSR. For some time he lived in the same unit as the Metropolitan of the Ukrainian Greek-Catholic Church, Josyf Slipy, and in 1958, he met O. TYKHY, C. BABYCH and others. Donychenko twice ended up in a punishment isolation cell because of infringements of the regime however he did not take an active role in camp protest actions.

Donychenko was released on 8 May 1964, by a Resolution on Pardons of the Presidium of the Verkhovna Radа of the Ukrainian SSR.  This Resolution reduced the period of deprivation of liberty to the period already actually served.

After his release, Donychenko returned to Donetsk. He worked as a general labourer, a loader at various factories and businesses until his retirement in 1997.

Donychenko was fully rehabilitated in 1994. He lives as a pensioner in Donetsk.

[1]  Dmytro Falkivsky was the psedonym of Dmytro Nikanorovych Levchuk. At the beginning of December 1934, he was one of 65 writers labelled „Ukrainian bourgeois nationalists“ to be arrested, and on 14 December he was executed by firing squad. 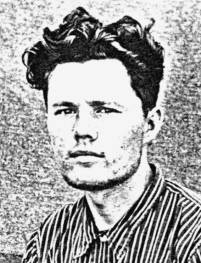