Messenger for the Ukrainian Resistance Army (UPA) from the age of 13, disseminator of samizdat, three times a political prisoner

Dolishny was from a peasant family. At the end of April 1944 he went underground, becoming a special messenger for the Ukrainian Resistance Army (UPA). On 14 November 1946 he fell into the hands of the NKVD. He was brutally tortured, forced to eat dirt; he was made to lie face down while shots were fired near his head; hung upside down, suspended, with a noose around his chin. He never, however, betrayed anybody. Dolishny was held first in the Tysmenetsk, then in the Stanislavsk prison. As a minor, he was sentenced to 10 years imprisonment and 5 years loss of civil rights. Until he turned 18 he was held in the Knyazhevsk prisoner near Lviv. On 19 August 1948 he was transported under guard through Kharkiv to Krasnoyarsk, along the Yenisey river to Dudinka, then away by goods train to Kaierkan (Norilsk). There, together with V. STRILTSIV, from his home region, he worked in the mines, learning all the horrors of the GULAG. He was released as part of the amnesty of 4 September 1954 since he had been convicted as a minor.

After returning home, he both worked and studied. He knew the history of the national liberation struggle inside out, as well as Ukrainian history in general. As a former political prisoner, it was only after several efforts that he was able to enter the external department of the Ivano-Frankivsk Institute of Oil and Gas. He worked as senior engineer of the regional gas technical inspection. Travelling around the whole region as part of his work, Dolishny circulated samizdat, in particular the work by Ivan DZIUBA “Internationalism or Russification?” and held awareness-raising discussions about patriotism with people.

During the second wave of arrests of members of the Ukrainian intelligentsia, Dolishny was sentenced on 21 February 1972 by the Ivano-Frankivsk Regional Court to 7 years harsh regime labour camp and 3 years exile under Article 62 Part 2 of the Criminal Code of the Ukrainian SSR. (“anti-Soviet agitation and propaganda”). He was held in the Mordovian political labour camps ZhKh-385/19 и 3, where he had close contact with V. CHORNOVIL, V. STUS and others. On Soviet Political Prisoners’ Day, 30 October 1975, he was moved to the Perm political labour camps. He played an active role in the protest actions, as a result of which he was frequently placed in a solitary cell. He served his period of exile in the Karaganditsk region (Kazakhstan).

He was released on 12 December 1981. He was not able to find permanent work in his profession. During the “witch hunts” under Andropov, in July 1984 Dolishny was accused of malicious hooliganism (Article 206) – attacking a policeman (although at the time his arm was in plaster). He was sent for 3 years to a harsh regime labour camp to the Komy Autonomous republic of the USSR. He was released during “perestroika” forty days before the end of his sentence, on 7 September 1987.

On 7 February 1989, Dolishny was one of the first from the Ivano-Frankivsk region to become a member of the Ukrainian Helsinki Union (UHU). He organized meetings and political rallies, the preparation and sanctification of graves of UPA fighters, disseminated samizdat literature. Dolishny was a founding member of the All-Ukrainian Association for Political Prisoners and Victims of Repression (03.06.89), the Ukrainian Republican Party (URP) (29.04.90), and was a member of its Council and the chairperson of the control and audit commission.

Vasyl Dolishny died on 31 December 1995 and was buried in his native village. 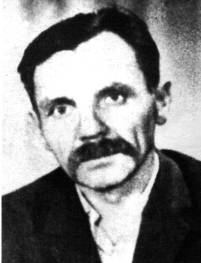