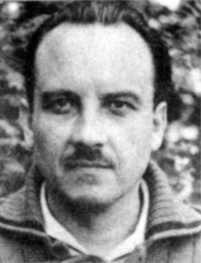 Antonyuk was born into a family of Ukrainian workers. In a Kholmsk Ukrainian lyceum he was still able to receive a nationally orientated primary education and upbringing. His heightened national awareness from childhood days was fuelled by the complicated relations between the Ukrainian and Polish parts of the population.

In 1952, Antonyuk finished the Lviv railway technical college. From 1953 to 1958 he studied at the Mechanics Faculty of the Lviv Polytechnic specializing in “the economics and organization of production”. From 1959 – 1960 he had a job in the scientific research part of the Polytechnic, and from 1960 – 1964 studied for his doctorate. From 1958 to 1959, he worked as an engineering economist at the Lviv instrument-making factory. From 1962 until his first arrest in 1972, he was employed in the Kyiv Institute for Oil Refinement and Technology.

In 1962, through Alla HORSKA, Antonyuk met Ivan SVITLYCHNY, who was to have an enormous influence on him.  “I understood for the first time, – he wrote later, in his reminiscences about Ivan SVITLYCHNY, - that real patriotism, not that which is for show alone, is always quiet, always serious and always civic, and not ethnic in a narrow sense”.  Antonyuk became one of the most active participants in duplicating and circulating samizdat. In 1964, he was the initiator of an organization at the institute where he worked of an on-going history reading program, led by the well-known historian M. Braichevsky. At I. SVITLYCHNY’s request, he translated several large articles from Polish into Ukrainian on the history of Polish-Ukrainian relations. The arrests in 1965 of members of the Ukrainian intelligentsia, in particular, the first arrest of I. SVITLYCHNY, had a devastating effect on Antonyuk, yet prompted even greater social activity. “The most important thing was samizdat.  It was vital to convince the leadership that they had chosen the wrong people, that samizdat activity was continuing without those arrested”.  An important channel for passing on samizdat, including “Ukrainsky Visnyk” [“Ukrainian Herald”] was provided from Antonyuk through a student of the Kyiv State University, a Czechoslovakian citizen, A, Kotsurova, who smuggled it into Czechoslovakia where it was published in (predominantly but not solely) Ukrainian periodicals, and broadcast by radio.

On 13 January 1972, during a widespread wave of arrests of members of the Ukrainian intelligentsia, Antonyuk was arrested.  The court which, while formally open was effectively closed to his friends, took place from 8 – 15 August 1972 with the charges against him under Article 62  § 1 of the Criminal Code of the Ukrainian SSR (“anti-Soviet agitation and propaganda”). The Kyiv Regional Court sentenced him to 7 years in a harsh regime labour camp and to 3 years in exile.

His sentence was served in VS-389/35  or “Perm-35” of the Perm political labour camps. An ill man, Antonyuk did not receive appropriate treatment and he was repeatedly discharged from hospital while still needing medical care on the instructions of those in charge or a representative of the KGB.  He nonetheless played an active role in the struggle to be granted political prisoner status, participating in numerous hunger strikes and other protest actions, and, most importantly, became one of the key figures in ensuring the illegal smuggling of information beyond the confines of the camps: Antonyuk would write out in miniscule handwriting the majority of messages providing information about the situation in the camp and other material.  Andrei Sakharov showed these notes, prepared by Antonyuk, to foreign correspondents who published copies of them which enabled the KGB to identify the person who had written them. Antonyuk was sentenced to 3 years in prison and sent from the camp to the Vladimir prison. In July 1978, having served the prison sentence, he was sent back to “Perm-35”, where he was diagnosed as having tuberculosis. A medical commission decided that he should be sent to a specialized hospital in Leningrad, however this was never actually carried out. Antonyuk was one of the authors (together with Yury ORLOV, Valery MARCHENKO, P. Plumpa, M. Kyirend) of the well-known document of the Moscow Helsinki Group (MHG) No. 87 “On the position of prisoners in USSR camps» (1979).

On 18 January 1979, Antonyuk arrived at his place of exile – the city of Bodaibo in the Irkutsk region, where, during the procedure for finding work, the medical commission examining him diagnosed focal tuberculosis in one lung. Antonyuk was admitted to the regional clinic for long-term treatment, however when he refused to heed “advice” not to communicate and correspond with certain people, he was immediately discharged and sent back to Bodaibo 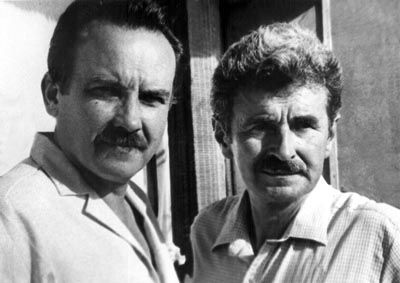 In December 1981, when the period of exile came to an end, he arrived in Kyiv, where he worked as a rate-setter in the factory “Krasny rezinshchik” [“Red rubber-worker”].  In 1982 he was sentenced on a trumped-up charge of parasitism (Article 214, Part 1 of the Criminal Code of the UkrSSR) to six months imprisonment (in the city Bila Tserkva) and six months forced labour (penal colony No. 43, Kharkiv).  From 1983 to 1993, he worked as a mechanic in the Felix Dzerzhinsky repairs factory for electrical transport in Kyiv.

In 1990, Antonyuk was elected Deputy of the Kyiv City Council. From 1992 to 1996, he was a member of the Kyiv City Council’s Commission for restoring the rights of the rehabilitated.  From 1993, he was the Co-Chair of the public council of the Ukrainian-American bureau for human rights protection; a member of the editorial board of the information and analysis bulletin “Human Rights in Ukraine”; a specialist for the International Renaissance Foundation on the program “Civic Society”.  He is the author of numerous articles on human rights, on issues of public awareness and moral cultural values.

In his “Memories of Ivan SVITLYCHNY”, A. writes: “Ukraine has only with difficulty recognized the need to intertwine its struggle for liberation into a global context of universal principles of human rights protection … Even today the understanding is not firmly entrenched of the self-sufficiency of the individual with unconditionally innate freedom, as well as the values of the freedom of the individual per se, of the individual who observes clear moral principles. … I know from my own experience that it was only my meeting with Ivan SVITLYCHNY and Semyon GLUZMAN in labour camp No. 35 that helped me totally clarify this understanding and divorce myself from a group-based consciousness in perceiving the world and to cure myself of thinking in ethnographic constraints, which gives me a constant sense to this day of those years having been the best years of my life”.  This figure, in many ways a unique thinker and searching spirit occupies a particular place in the spiritual realm of Ukrainian social consciousness.

Z. Antonyuk  Introductory words at the public procedure for considering who would be awarded the Valery Marchenko Prize for 1993-1994. - Human Rights in Ukraine, 1994, issue no. 10.

Z. Antonyuk. Relihiya v suspilstvi [Religion in society]: the possibilities for mutual reform through the right to be different, that is to maintain one’s individuality. - Human Rights in Ukraine, 1995, issue no.13.