After graduating in 1970 from the Lviv Polytechnic, Demydiv worked as an engineer at the factory ‘Silmash’ in the town of Kolomiya

In 1972, together with 12 other people, he created a group in Kolomiya called “Spilka ukrainskoyi molodi Halychyny" [“Union of Ukrainian Youth of Halychyna"] (UUYH) in order to fight for Ukrainian independence which they envisaged as being socialist in the style of Poland or Czechoslovakia . The members of the group saw themselves as the successors to the Organization of Ukrainian Nationalists (OUN), although they themselves hoped to achieve their aim through non-violent means. Their first priority being ideological work, they collected information about OUN and wrote out resistance songs. They found and took weapons for self-defence from D. HRYNKIV’s work, created a fighting group and learned how to shoot. Demydiv and D. HRYNKIV together drew up the charter for the group.

On 17 March 1973 Demydiv was arrested and on 9 August 1973 sentenced by the Ivano-Frankivsk Regional Court to 5 years harsh regime labour camp. In the same case D. HRYNKIV received a sentence of 7 years harsh regime camp and 3 years exile, while I. Shovkovy was sentenced to 5 years, and M. Motryuk to 4 years.

Demydiv served his sentence in the Perm political labour camp No. VS-389/36. Although suffering from an active form of tuberculosis, he refused to stay in the hospital cell due to the appalling conditions there. He did not take an active role in the camp resistance movement however he did sign some appeals.

He was released in 1978 having served his full sentence. He lives in Kolomiya and is back working as an engineer at the factory ‘Silmash’ 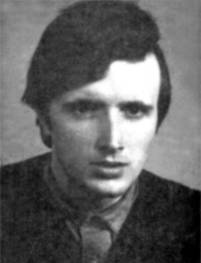 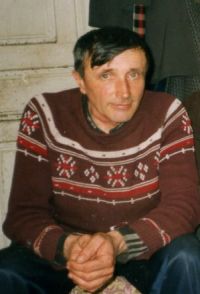