Member of the United Liberation Party of Ukraine (ULPU), authored its program and statute.

From peasant family. Since childhood, he saw violent events of national liberation struggle under the OUN. They shaped Bohdan’s worldview. He graduated from Sivetsk High School. He served in the air force in Estonia. In 1956, he was discharged before time because of the death of his father. He got a job of a worker at the Broshnivska Woodworking Plant. In 1957, he went to the mechanical department of the Lviv Forestry Institute. He changed over to the correspondence department, because his family had no money to pay for stationary training. Since 1958, B. was a labor and wage engineer at woodworking plant no. 9.

In 1957, he met Ivan Strutynskyi, Broshnivskyi chorus conductor and through him with Yarema Tkachuk, from whom he learned about the youth organization, which aspires to carry out the national liberation of Ukraine. The group was active in Kolomyya, Pyadyky Village, Vyhoda Village, Ivano-Frankivsk, and then the Broshnivska group was set up. T. drafted the program and constitution of the organization. Based on the fact that the cause of the past failures was the lack of unity of all national forces, T. proposed the name "United Liberation Party of Ukraine." In spring of 1958 (in the absence of T.) the program and constitution were adopted with amendments proposed by I.STRUTYNSKYI and V.PLOSCHAK. The organization intended to increase membership and activities throughout Ukraine and seek connection with similar organizations in other republics. They spread their ideology by personal example, carrying out agitation, participating in amateur artistic activities, awakening national consciousness of youth. They had no printed materials and wanted to buy a typewriter. They worked under conditions of conspiracy and had aliases (T.’s alias was "Wind"). The candidates were considered at closed meetings, and then they were offered to join the organization. However, the agents planted in the ULPU, including former political prisoners, sold to the KGB even the text of the oath signed in blood by its members.

T. was arrested in Broshniv on 04.12.1958. The agents confiscated the manuscripts of ULPU program and constitution. During the investigation T. was kept in a solitary cell. At trial, the prosecutor demanded for five ULPU members (B.GERMANIUK, Ya. Tkachuk, M.PLOSHCHAK, I.STRUTYNSKYI and T.) death sentence, but Ivano-Frankivsk Oblast Court sentenced them 10.03.1959 to 10-year detention in high security camps charging them with anti-Soviet nationalist activities under art. 54, p. 1a and p. 11. M.YURCHYK and I.KONEVYCH sentenced to 7 and V.PLOSCHAK to 2 years. The rest 20 ULPU members were considered witnesses.

In the camps he knew doctor Volodymyr Horbov, Mykhailo Soroka, Father Pavlo VASYLYK, made friends with Yuriy Shukhevych, Levko Lukyanenko. To Mykhailo Horyn he gave information about ULPU that was transferred abroad, after which the prisoners were put to coolers and moved to other camps and prisons.

T. was released on 4.12.1969 and he returned to his native Village of Sivka-Voynylivska to his 69-year-old mother Paraska Semenivna Tymkiv (1901-1987), who lived in misery. T. could not find a job, although he had appropriate qualifications of an engineer, mechanic, tractor driver, and electric welder. Then because of connections he was hired as a welder at Bushtyn House-Building Factory.

In 1970, the authorities decided to erect a monument to the “victims of Banderovetses and the Great Patriotic War”, T. was summoned to the KGB and the offered him to speak at the opening ceremony. T. turned down the proposition and in a week he was declared redundant and sacked. Then again because of connections he got a job of mechanic welder at the Ivano-Frankovsk Ready Mix Tracks Plant, where he worked for almost thirteen years as a mechanic, master, and foreman. The workers there treated him kindly. In 1973, he married Mariya Mykhailivna Nahorniak, a teacher.

In 1989, T. was one of the first to set up at the factory the Ukrainian Language Association, then RUKH. The meetings were held at lunchtime, T. often spoke to workers.

In 1990, he was a trustee of Lukyanenko as a candidate to the Verkhovna Rada.

In 1991, he retired, but his Sivka-Voynylivska Village community invited him to head the village executive committee. He set up the NRU organization, spent two years building a church in the village, raised a mound dedicated to the fighters for liberation of Ukraine, and organized a chorus. 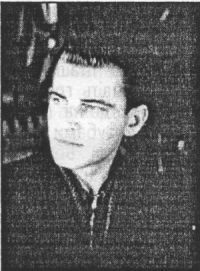 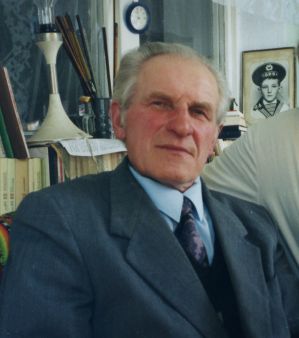