Participant of Resistance in the 60s and 90s.

From Ochakiv his family moved to Mykolayiv and in 1944 to Odesa. Leonid did not finish the school, because he had to earn his living. In 1954-56, he served in the Navy in the Crimea and Mykolayiv. After demobilization he worked at the Odesa Seaport fleet as a tow sailor, mechanic, and boatswain. He was a secretary of the Seaport Komsomol organization.

In 1967, T. graduated from sailors’ by-correspondence high school. Ever since his military service he had conflicts on the ground of differences between communist ideology and reality. Since 1959 he regularly listened to foreign radio broadcasts. T was fond of music, and on this basis he found like-minded persons like Victor and Kateryna Kriukov. They wrote letters to the BBC, but they were not delivered to the addressee.

In 1967, Larisa Bogoraz and Piotr Litvinov broadcasted their appeal "to the world community" about the trial of Yuri Galanskov, Alexander GINZBURG, Alexei Dobrovolsky and Vera Lashkova. T. together with his friends distributed transcripts of this appeal and other protests. Since none of the citizens of Odesa supported prisoners, they protested to the parliament and the Politburo of the CC of the CPSU. The Kriukovs delivered the protest to Larisa Bogoraz in Moscow, but on their return trip they were searched and many samvydav materials were seized.

The Odesa citizens also supported the "demonstration of the seven" on Red Square in Moscow on 08.25.1968 in connection with the occupation of Czechoslovakia.

The letters of Odesa dissidents were now broadcasted and the KGB called on "public meetings" to condemn T. and other dissenters. He ignored these meetings.

Meanwhile Vyacheslav Igrunov and Olexandr Rykov set up copying and distribution of samvydav in Odesa (replicated by Valentyna Prokopenko and Liudmyla Karabanchuk). It T. also actively distributed these materials.

T. met Nina Strokata-Karavanska; through her he met Mariya Ovdiyenko, Vyacheslav Chornovil, Iryna Kalynets, Stephaniya Hulyck; in Kyiv he met Oksana Meshko, Ivan, Leonid and Nadiya Svitlychna. In the fall 1971, he helped Nina STROKATA to move to Nalchik. After her arrest on 06/12/1971, Iryna Kalynets and V. Chornovil created in Lviv Public Committee for the Protection of Nina Strokata, which also included Vasyl Stus, T., and Piotr Yakir. It was the first legal human rights organization in Ukraine. But early in 1972, almost all members of the Committee were jailed. They managed to publish only two documents: the proclamation of the establishment of the Committee and newsletter “Who is Nina Strokata (Karavanska)?” during the search on13.12 at T.’s apartment, the officers seized the equipment for the R-317 radio station and some documents. Nevertheless, he delivered parcels to N.STROKATA, took care of a lawyer and lodged protests. Then he made close friends with teachers Hanna MYKHAYLENKO and Hanna Holumbiyevska, who were also persecuted for their views, and their students Zina and Vasyl Varga, Tetiana Rybnikova, Leonid and Valentyna Siryi, who also signed protests.

In 1974, the Odesa KGB department gave notice warning T. about criminal responsibility under the Decree of the Presidium of the Supreme Council of the USSR form 25.12.1972.

Following the arrest of Vyacheslav Igrunov on 01/03/1975 T. was searched again. He publicly denounced the wiretapping of the conversations of dissidents.

On the night of 10.03.1975, T. took bugs off the wall in his apartment, and a few days later he saw that they were about to mount listening devices again and interfered. They searched the apartment, found that equipment, but did not bring a criminal case, because no one admitted owning such property and did not make an application.

On 04.11.1975, when T. was returning home from work, he was detained and pushed into a van with two allegedly aggrieved women and several witnesses and then brought to the police station, accused of hooliganism and sentenced to fifteen days of imprisonment.

On 23.11.1975, on a lonely street, T. was put into a militia bus with new alleged witnesses and victim and the militia brought an action against him charging him with hooliganism. His friends, teacher H.Holumbiyevska, librarian H.MYHAILENKO, retired Rozalia Barenboim,--when the roads were ice-crusted and municipal transport was stopped--found him in pretrial detention and together with operator Zinaida Dontsova, fashion designer Taisiya​​ Kopteva, turner Victor Kriukov sent letters to the district and oblast prosecutors stating that due to his moral qualities T. could not engage in hooliganism.

At trial T. argued that he was followed by the KGB agents, he unmasked them; he also said that he collected true information, behaved like a free man, and that was why the KGB set up two provocations with “hooliganism”. The facts of surveillance were confirmed by onlookers convened to the court at his request: H.Holumbiyevska and Yuriy Horodentsev. Lawyer Rayisa Olexiyivna Movchan requested acquittal, but the Illichivsk District Court of Odesa on 30.12.1975 sentenced T. to correctional labor for 1 year with retention of 20% of earnings, and he had to give a written undertaking not to leave his place of residence. By the New Year he was released on bail on request of his friends. T. immediately called Moscow BBC correspondent and told about his case, sent a telegram of protest to the Politburo of the CC of the CPSU demanding to stop the persecution or let him leave the Soviet Union. Beside his friends, Vasyl BARLADIANU also joined the protests. After the trial, T. became a reputable person in Odesa. To prevent new provocations, the friends accompanied T. wherever he went. Eventually, he developed a method of mathematical randomness with which helped him to get rid of the tail. Thanks to the assistance of port workers--his colleagues--he managed to avoid new provocations, but he never stopped his activities. Finally he was summoned to the State Visa and Registration Department and offered to go to… Israel at the request of an unknown person. He refused to go abroad.

In connection with the arrests of V.BARLADIANU (02.03.1977) and H.MYHAILENKO (20.02.1980) the protests were now signed by dozens of Odesa citizens, including T. Actually, there existed in Odesa a branch of the Ukrainian Helsinki Group, which protected citizens and helped at least several persecuted persons to go abroad.

In connection with the case of Viktor Honcharov (Kirovohrad Oblast), searches were carried out in Odesa in September 1980; the apartment of T. was also searched.

At the time of perestroika T. participated in almost all events aimed at democratization of the society. He is still continuing his human rights activities.

He works as an electrician at Production Department of the Odesa Water Utilities Plant. He lives in Odesa. 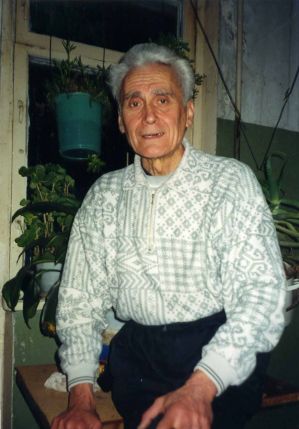 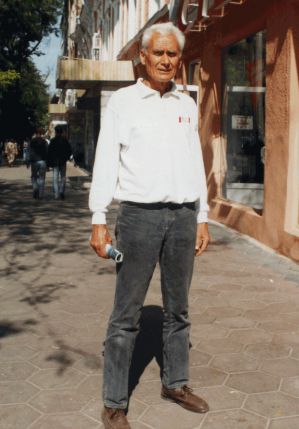