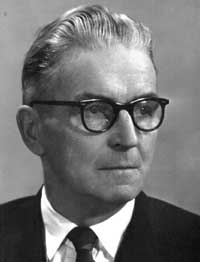 Antonenko-Davydovych was born into the family of a train driver. His first years were spent in the city of Bryansk, and then when the future writer was 6, the family moved to Okhtyrka where he finished lyceum. He later said that he had become aware of his Ukrainian identity in the last years of the lyceum when he discovered the ideological depth and literary beauty of Ukrainian classical literature.

In 1917 Antonenko-Davydovych entered the Physics and Mathematics Faculty of Kharkiv University (the department of natural sciences) and became interested in the revolutionary events taking place. He was particularly gripped by the national liberation struggle of the Ukrainian people for independence and a State of their own. In April 1918 he volunteered for a front-line regiment of the Ukrainian National Republic (UNR)[1] and took part in military action. Due to various circumstances, the regiment in which he was serving was disbanded, and Antonenko-Davydovych decided to continue his studies, transferring to the History and Language and Literature Faculty of Kyiv University. However in summer 1919, wanting to defend the young Ukrainian State’s independence, he again joined the army and was involved in many battles where he demonstrated courage and steadfast will. The odds were against them: the Ukrainian army, ravaged by a typhus epidemic, was surrounded by three enemies – the Bolsheviks, the White Guard and the Poles.

After the defeat of the UNR Army, Antonenko-Davydovych, who had suffered a severe form of typhus and who could not afford to continue his studies, returned to Okhtyrka (1920). The Bolsheviks promised Ukraine its own State, and a mass program of promoting Ukrainian language, culture, etc began.

Antonenko-Davydovich joined the Communist party (Bolsheviks) of Ukraine and from 1920 – 21 headed the Okhtyrka District Education Department. However, the Bolsheviks could not resolve the Ukrainian national issue, and he changed to the Ukrainian Communist Party of ‘Borotbists’ (‘fighters’) and moved to Kyiv, where he worked as the secretary of the party’s regional committee. He was arrested three times in connection with his political activities. The “Borotbists” also proved unable to satisfy the age-long yearning of the Ukrainians for independence, and Antonenko-Davydovich became disillusioned with political activity and from 1923 totally immersed himself in his creative work.

His first short stories had been published in 1916, however he himself considered his literary activity to have begun in 1923 when the story “Ostanni dva” [“The Last two”] appeared. In 1925 two books of selected works were published under the titles “Pryporosheni syluety” [“Dusty Silhouettes”] and “Lytsari absurdu” {“Knights of the Absurd”].

He was the author of more than twenty books, including short stories and novels. The best-known books of this first period of his literary activity which marked his distinctive features as a writer were the novel from 1928 “Smert” [“Death”] and a selection of feature reports entitled “Zemleyu ukrainskuyu” [“Through Ukrainian lands”] (1930). These works were subjected to damning official criticism, and the material existence and psychological atmosphere became intolerable for the writer. After the terrible Famine of 1932-1933 which killed millions, after the suicide of outstanding Ukrainian figures and in an atmosphere of ever increasing repression, Antonenko-Davydovych decided to leave for Alma-Ata, the capital of Kazakhstan. There he worked in a State-owned regional publishing company. However, following the murder of the prominent Communist figure, Kirov, a wave of brutal repression swept through the entire Soviet Union. On 17 December 1934 Antonenko-Davydovych’s friends - H. Kosynka, D. Falkievsky, K. Burevy, O. Vlyzko … were shot as “enemies of the people” and “terrorists”. The “avenging sword” reached far off Kazakhstan and on 2 January 1935 Antonenko-Davydovych was arrested and taken under convoy to Kyiv.

During the interrogation, the writer held himself with courage and dignity, and the investigators of the NKVD did not succeed in breaking him. He was emphatic in rejecting all charges of having belong to a nationalist counter-revolutionary military organization. Nonetheless, on 23 September 1935 a military tribunal of the Kyiv military district convicted Antonenko-Davydovych under Articles 54-8 and 54-11 of the Criminal Code of the UkrSSR of “seeking to overthrow Soviet rule in Ukraine and preparing to carrying out individual terror against the Communist Party and the Soviet State”. He was sentenced to 10 years labour camp and sent to Siberia.

On 2 January 1937 he was placed in a special isolation cell since a new criminal case was being fabricated against him. He was accused of having held conversations about the secession of Ukraine from the USSR, of singing Ukrainian songs, of showing dissatisfaction at the large number of portraits of Stalin in newspapers, of anti-Semitism reflected in telling anecdotes about Jews, etc. The investigation lasted four months, and despite the weakness of the case against him (with the only witnesses being criminals) in May 1937 Antonenko-Davydovych was sentenced by a special panel of the Far Eastern Regional Court under Article 58-10 of the Criminal Code of the RSFSR (“Propaganda or agitation containing a call to overthrow, undermine, or weaken the Soviet regime, or to commit different counter-revolutionary crimes”) to 10 years deprivation of liberty and 5 years loss of rights.

In the camps he worked as a miner, digger, metalworker, accountant, medical assistant. He had no opportunity to write, however he did commit to memory a major cycle called “Tyuremni virshi” [“Prison poems”].

Antonenko-Davydovych was first released in 1947. He wandered around Siberia, Uzbekistan and then in Ukraine, where in 1951 he worked as a medical assistant in the Vinnytsa region. He was arrested in May of that year and for keeping “nationalist literature” (this being literary works by Ukrainian writers), he was sentenced by a special committee of the Ministry of State Security of the USSR to life-long exile in Siberia. He lived in the village of Maloroseika, Bolshe-Murtynsk district of the Krasnoyarsk area, and worked as a medical assistant.

He was rehabilitated in 1956 and in 1957, with his new family (wife and son) he returned to Kyiv. He was reinstated in the Union of Writers of Ukraine.

In 1963 his novel “Za shyrmoi” [“Behind the screen”] was published in which the official critics detected a “betrayal of life’s truth” and “gloominess”. In 1970 the appearance of his book “Yak my hovorymo” [“How we speak”] was to become an important event in Ukraine’s cultural life.

Antonenko-Davydovych played an active role in the cultural activity of the Shestydesyatnyky [ Sixties activists], and he was to be one of the spiritual leaders of the Ukrainian intelligentsia.

Throughout the years following his return to Kyiv, he remained under the close scrutiny of the authorities, and was constantly “talked to” by the leaders of the Union of Writers of Ukraine (UWU) who tried to “get him to see reason”, and suggested themes he should choose for his works, worked on him, telling him to renounce his anti-Soviet nationalist activity. The pressure gradually intensified, with the KGB also becoming involved. He was now followed all the time, his correspondence was monitored, he himself was often summoned for questioning, and the searches of his home with confiscation of his manuscripts and other papers became more and more frequent.

In 1966 he signed a letter to the Prosecutor General of Ukraine and the Head of the Ukrainian KGB (the letter was signed by 78 people in all, including I. DRACH, I. DZIUBA and others), in which concern was expressed about the nature of court trials against the Ukrainian intelligentsia, and a request made to allow those signing the letter to be present at the court hearings.

In April 1968 Antonenko-Davydovych was one of the 139 people to sign a letter against political trials and "violations of socialist norms".

In 1970 he refused to have any part in the trial against V. MOROZ, since the court was not open.

In 1972 the authorities totally prohibited the publication of his books and deprived him of the possibility of earning his living through literary work. At the same time a witch hunt was initiated against him in the press. On 13 July 1973, right in the year marking 50 years of his literary activity, a scurrilous article appeared in “Literaturna Ukraina” [“Literary Ukraine”] under the title “V roli zhebraka [In the role of beggar] attempting to discredit him on account of his occasionally receiving material help from the West. On 4 August 1973 his “case” was considered at the board meeting of the Kyiv branch of the UWU. He was told that the novel which had been put on hold in the publishing company would only be published if he appeared in the press with a denunciation of the “activity” of those arrested during the second wave of arrests in Ukraine from July to September 1972.

On 23 April 1977 a search was carried out of his home in connection with the trial of M. MARYNOVYCH and M. MATUSEVYCH. This was followed on 29 April by another such article in “Literaturna Ukraina”.

Antonenko-Davydovych’s home was under close surveillance by the KGB. In May 1979 another search was carried out, this time in connection with the case brought against Y. BADZIO. Memoirs and short stories which he had been working on during that period were removed. Antonenko-Davydovych was summoned for questioning on several occasions and he was forced, on the eve of his eightieth birthday to leave Kyiv. The Union of Writers of Ukraine ignored his birthday entirely.

In that same year, the Union of Writers organized an evening dedicated to the writer H. Kosynka, who had been posthumously rehabilitated and with whom Antonenko-Davydovych had been friendly. In order to ensure that the latter did not attend the evening, KGB officers right at that time chose to hold a “conversation” with him in his home, after which his state of health sharply deteriorated.

In 1983 Antonenko-Davydovych, whose wife had died two years earlier, decided to marry his old friend, M. KOTSYUBINSKA, however they encountered unexpected obstacles – a trial period of six months was imposed, the dates for registration were postponed, and so forth. In the end, the authorities turned to Antonenko-Davydovych’s son, who was in prison and who had earlier renounced his father, for help. In 1984, at the demand of his son, Antonenko-Davydovych was placed in a psychiatric hospital where he was declared unable to function. This was a harsh blow for Boris Dmytrovych and his health was seriously affected. He died on 9 May 1984.

At his funeral in the Lisove Cemetery on 11 May there were more KGB men around than mourners.

B. Tymoshenko. Revised by I. Rapp.

[1] The Ukrainian National Republic was proclaimed in January 1918 by the social-democrat Central Rada led by Simon Petlura. Besieged on all sides, it was only to survive for a few months. (translator’s note)