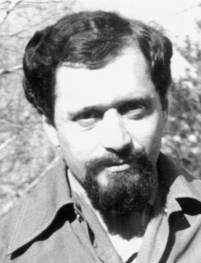 The first dissident psychiatrist, a famous human rights activist and author of a critical analysis of expert clinical assessments of General P. Grigorenko, a former political prisoner, Director of the Ukrainian-American Human Rights Bureau, Executive Secretary of the Ukrainian Association of Psychiatrists

Gluzman was born into a family of doctors: his father was a Professor of Medicine, his brother a doctor, while he himself graduated from the Kyiv Medical Institute in 1969 having specialized in psychiatry. He worked in hospitals in Zhytomyr and Korosten, and for two years in the Kyiv Regional Hospital.

In 1971 Gluzman was offered a job in the Dnipropetrovsk Special Psychiatric Hospital. Knowing that psychiatry was being used for political purposes and not wishing to go against his conscience, Gluzman turned the work down. After this for a long time he was unable to find work, and it was only after six months that he succeeded in getting a job as a psychiatrist for the ambulance service in Kyiv.

In that same year an anonymous “Analysis of expert clinical assessments of P. Grigorenko” appeared in samizdat, in which, on the basis of a study of the reports from two commissions which had examined P. GRIGORENKO, the conclusion was drawn that the doctors had had no grounds for considering him to be mentally unfit. The expert assessment from the Serbsky Institute in Moscow which had been copied out by GRIGORENKO’s lawyer, S.V. Kallistratova, was obtained from Y. Bonner via L. PLYUSHCH whom Gluzman had met at the home of V. NEKRASOV.

From autumn 1971 Gluzman was under permanent surveillance by the KGB.  On 15 March 1972 a search was carried out of his home, and nothing regarded as seditious was found, nonetheless on 11 May he was arrested. The prosecution focused on links with samizdat  however this was based only on the evidence of witnesses. The real reason for his arrest was the “Analysis of expert clinical assessments of P. Grigorenko”.

From 12 – 19 October 1972 the Kyiv Regional Court considered the case of Gluzman and L. Serednyak (an 18-year-old typist, arrested in January 1972) and sentenced them under Article 62 § 1 of the Criminal Code of the Ukrainian SSR to 7 years harsh regime labour camp and 3 years exile.

After the trial, it was made public, with Gluzman’s consent, that he was indeed the author of the “Analysis”.

He served his sentence in the Perm political labour camps. He refused to work as a medical assistant so as not to be dependent on the camp administration. He very soon organized a system for preparing documents with information about the situation In the camps and getting it smuggled to the outside world. About 200 of such documents, not counting poems, were smuggled out each year.  Gluzman was untiring in his struggle for the rights of political prisoners, against the harsh regime, and together with other prisoners held protest hunger strikes. From 1973-74, he and V. Bukovsky wrote “A Manual on Psychiatry for Dissidents” which they dedicated to L. PLYUSHCH. This reached the West and was also distributed in samizdat.

In November 1974 Semyon Gluzman suffered his first heart attack. From 1974 A. Sakharov, P. GRIGORENKO and V. Bukovsky were to make repeated appeals on Gluzman’s behalf.

As a result of appeals from Gluzman and Andrei Sakharov addressed to psychiatrists in many countries, on 19 April 1975 the first International Committee against the political abuse of psychiatry was founded in Geneva, while in New York an organization was formed calling for Semyon Gluzman to be released.

On 12 September 1975 Gluzman stated that a new case was being launched against him under Article 62 § 2 [1]of the Criminal Code.  He was being charged with collecting information and getting it passed to the outside world.

In December 1975 Gluzman sent a statement to the UN renouncing his Soviet citizenship.

In March 1976 he was sent for “re-education” to the Perm prison where he was again told that a case was being launched against him. Gluzman was on many occasions flung into a punishment cell or isolation cell, deprived of the right to buy food and had correspondence blocked because of his participation in protest actions.

Nonetheless, in 1977-78 Gluzman’s short stories and essays, written in prison or the labour camps, were distributed through samizdat.

On 8 January 1979 Gluzman was imprisoned in a punishment cell of Camp No. VS-389/37 in the Perm region until the end of his camp sentence, i.e. until 11 May. On his arrival at his place of exile in the village of Nyzhnya Tavda in the Tyumen region, he was immediately hospitalized. He worked in the local collective farm.

In July 1980 an officer of the local KGB demanded that Gluzman write that the statements about the poor state of his health and harsh living conditions are vicious lies (A. Sakharov wrote about this in an appeal on behalf of Gluzman). Gluzman refused and was threatened with “consequences”. Indeed, the exile regime immediately became more severe, with Gluzman now having to appear at the police station four times a month rather than the once previously. As a result of the threats and tightened regime, Gluzman was forced to write a statement saying that he did not require medical help.

In 1980 Gluzman was elected honorary member of the American Psychiatric Association.

From 1985 Gluzman began publishing his works and worked in a professional capacity as the executive secretary of the Ukrainian Psychiatric Association. He was elected member of the Royal College of Psychiatrists of Great Britain and of the Association of Psychiatrists and Neurologists of Germany.

Gluzman is the Director of the Ukrainian-American Human Rights Bureau which he created in 1993.

Thanks to Gluzman’s efforts, a specialized library of the Ukrainian Psychiatric Association has been set up.  In Kyiv Gluzman also established the only International Medical Rehabilitation Center for the Victims of Wars and Totalitarian Regimes (MRC) in Post-Soviet countries, with a clinic attached, as well as an International Charitable Foundation “Publishing House “Sfera” in order to publish medical and humanitarian literature and distribute it free of charge. Gluzman has been instrumental in Ukraine’s receiving significant aid in medicine and medical equipment, and in ensuring that Ukrainian psychiatrists have become more familiar with the achievements of modern psychiatric treatment in the West.

In 1994 his book of poems “Psalmy i skorby” [“Psalms and songs of sorrow”], written in the camps and in exile, was published.

[1] Also “Anti-Soviet agitation and propaganda”, but Part 2 was applied when the person was charged a second time.  The sentence was much harsher, and often the person was designated a “particularly dangerous repeat offender”. (translator’s note)