Psychiatrist and consultant to the Working Committee against Psychiatric Abuse for Political Purposes , former political prisoner

Koryagin’s father was killed at the front during the Second World War. Koryagin himself graduated from the Krasnoyarsk Medical Institute in 1963. He began his PhD studies in Kharkiv in 1970 at the Scientific Research Institute of Neurology and Psychiatry and defended his PhD thesis on schizophrenia.

He worked as deputy head clinical doctor in the Krasnoyarsk area psychiatric hospital in the town of Kyzyl in the Tuva Autonomous Republic of the USSR, and then from 1978 as a psychiatrist in the Kharkiv Regional Psycho-neurological clinic.

He became involved in the activity of the Working Committee against Psychiatric Abuse for Political Purposes as a consultant doctor from December 1979.  He explained his engagement in the following way: “In Kharkiv I learned from foreign radio broadcasts that there was a special committee investigating the abuse of psychiatry for political purposes in the USSR.  I felt it my duty to take part and offered my professional services. Victims of punitive psychiatry were sent to me for examination. On each such occasion I prepared my assessment and if the person seemed mentally fit, and had no objection, I sent the results of the examination to the Working Committee which interceded with the authorities on behalf of the patient.  The KGB soon began threatening me and carrying out searches of my home.”

He examined and pronounced mentally fit the activist of the trade union movement of miners from Donetsk, O. NIKITIN in September 1980.  The latter was, nonetheless, forcibly placed in the Dnipropetrovsk Special Psychiatric Hospital on 6 January 1981 for speaking out in support of the labour rights of miners, as well as because of an interview which he had given to foreign journalists.

His article ‘Patsienty ponyevolye’ [‘Patients against their will’], published in the 24th issue of the ‘Information Bulletin’ of the Working Committee focused on the use of Soviet psychiatry in the service of the KGB.

Koryagin attempted to get to Moscow twice, and both times he was removed from the train under concocted pretexts, while also being searched.

By 1981 Koryagin was the only member of the Working Committee who had not yet been arrested. Aware that arrest could come at any moment, Koryagin passed on to the Moscow Helsinki Group (MHG) an “Open Appeal”.  This letter was, via S. V. Kallistratova, published in the West.

“The diagnosis of psychological illness which I have been involved in as a doctor is my professional duty, a duty which can be carried out only by professionals with the relevant competence, not by representatives of the KGB, the Prosecutor or the courts”, - he wrote in the letter.

At the trial he was charged with preparing and circulating the article ‘Patsienty ponyevolye’, an abridged version of which had been published in the Russian émigré journal ‘Posev’ No. 2 for 1981, the article ‘Dobro, zlo, nasilye’ [‘Good, evil, violence’], published in the journal ‘Lancet’, an individual medical examination card for A.A. Budko, his ‘Autobiography’, the above-mentioned open appeal, private correspondence with “relatives and foreigners”, other documents and letters, as well as with “verbal agitation”.  In addition he was accused of illegal possession of a sawn-off hunting rifle removed during a search carried out of the flat of his brother-in-law’s parents. It should be mentioned that Koryagin was a passionate hunter and a member of a hunting club.

The trial took place from 3-5 June 1981 in the Kharkiv Regional Court. Koryagin rejected the services of a defence lawyer and asked to be allowed to represent himself however, in contravention of the Criminal Procedure Code, the Prosecutor turned down his request and a lawyer was present during the trial. In his final words, Koryagin said the following: “I am now sure and can confirm that in our country mentally healthy people are held in psychiatric hospitals for expressing dissent … The investigation into my ‘case’ and this very trial are not an act of justice, but a punishment for my views. I know that the verdict will be harsh and am asking for nothing.”

Koryagin’s reaction to the pronouncement of the sentence was succinct: “The longer the sentence, the more shameful the court”

In accordance with the court ruling, Koryagin was deprived of his rank as senior lieutenant and it was decided to appeal to the higher certification commission to have his academic degree withdrawn.

He refused to lodge an appeal. His wife tried for several days to get permission for a visit. This was finally fixed for 25 June, however on 23 June Koryagin was sent to the labour camp.

He served his sentence in the Perm political labour camps, camp No. VS-389/37 (the settlement of Polovynka, Chusovoi district of the Perm region).

He was sentenced to 3 years in prison for taking an active part in the struggle of the political prisoners against the local administration. In the Chistopolsk Prison he declared a hunger strike and maintained it for four months. The doctors considered that during this period irreversible processes had occurred in his organism and that his condition was life-threatening. In 1982 he was severely beaten by the guards. His wife and mother who arrived for a visit found him changed beyond recognition.

In December 1986 Koryagin was taken to Kharkiv. By chance on the same flight a former political prisoner, A. Zdorovy, was travelling on a business trip. He noticed a passenger guarded by two soldiers, and leaving the plane, recognized Koryagin and immediately informed his family.  Attempts were made to coerce Koryagin into writing a request for a pardon, he was told that he would be returned to the camp, then taken to Kyiv where he was ‘talked to’.  Koryagin refused to write an appeal but was, nonetheless, released in February 1987.

Soon after his release, on 24 April 1987, he emigrated to Switzerland together with his mother, wife and three sons. Two months later he was stripped of his Soviet citizenship. 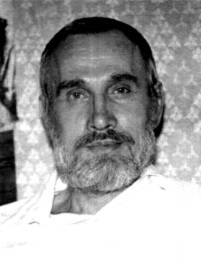