Poet, writer, publicist, member of the Ukrainian Helsinki Group (UHG), he died in captivity, having spent 20 years a political prisoner in camps and prisons

Yury Lytvyn was the son of village teachers. His father first fought at the Front during World War II, then as a partisan in a unit led by Sydir Kovpak, the legendary commander who waged guerrilla warfare against the Nazi occupiers. He was mortally wounded in 1944.

Yury Lytvyn and his mother moved to the village of Barakhty in the Kyiv region. On completion of the seven-grade school there, he enrolled in the mining technical school in the town of Shakhty in the Rostov region but was forced through illness to return to his village.

On 24 June 1953 Lytvyn, together with several other lads, was arrested and on 29 July was sentenced by the Vasylkivsky District Court under Article 4 of the Decree of 4 July 1947 “On criminal liability for the theft of State or public property” to 12 years deprivation of liberty.  In trying to obtain the relevant documents enabling them to leave the village to continue their studies, the boys had attempted to “blackmail” the head of the collective farm with the “loss” of a cow which they had in fact tied to a tree in the forest. Lytvyn served his sentence working on the construction of the Kyubyshev Hydroelectricity Station (the Kuneyev Corrective Labour Camp).

On 31 January 1955 Lytvyn was released thanks to the efforts of Sydir Kovpak, however on 14 April he was once again arrested and charged with having organized an anti-Soviet nationalist organization ‘Bratstvo vilnoyi Ukrainy’ [‘Brotherhood for a free Ukraine’] in the camp between July and August 1954.

The members of this organization had planned, on their release, to establish contact with the underground groups of the Organization of Ukrainian Nationalists (OUN) in order to fight for Ukraine’s independence. Although they had got no further than drawing up a charter, taking an oath of allegiance and campaigning within their circle, Lytvyn as initiator and one of the leaders of the organization was on 10 September 1955 sentenced by the Kyubyshev Regional Court under Articles 58-10 § 2 [“Propaganda or agitation containing a call to overthrow, subvert or weaken the Soviet regime or to commit particular counter-revolutionary crimes”] and 58-11 { Participation in a counter-revolutionary organization ] of the Criminal Code of the RSFSR to 10 years labour camp and 3 years loss of civil rights. In all, 16 Ukrainian prisoners of the Kuneyev labour camp were tried and sentenced in connection with this organization.

Lytvyn served his sentence in the labour camps of Siberia (Medyn and Ozerlag) and Mordovia.  It was there that he wrote his book of poems ‘Tragicheskaya galereya’ [‘Tragic gallery’] about the fate of his generation and the victims of the Terror, dedicating the book to L. LUKYANENKO.

He was released on 14 June 1965 and set off immediately for Moscow where he passed to the US embassy information about the situation of political prisoners in the labour camps. Employees of the embassy were able to get him away without his being noticed and leave him somewhere on the street.

He settled in the village of Barakhty where his mother lived. During this period he married and his son, Rostislav, was born.

Lytvyn found work in a factory producing refrigerators in the town of Vasylkiv, and in a factory producing pipes, where he was elected to the trade union committee.  He tried to convince his colleagues that a trade union was not the “drive belt of the Party”, but rather a means for protecting the economic interests of the workers.  The KGB’s response was to threaten him with arrest and Lytvyn was forced to leave and find work in Siberia.

After returning, he was arrested in Rivne on 14 November 1974. He was charged on the basis of a number of literary and publicist works deemed to slander the State, On 13 March 1975 the Kyiv Regional Court sentenced Lytvyn under Article 187-1 of the Criminal Code of the UkrSSR (“Dissemination of patently false statements defaming the Soviet political and social system”) to 3 years harsh regime labour camp. This sentence was served in camp no. 25 (village of Verkhniy chov, the Komi Autonomous SSR).  In the camp he was operated on to remove a stomach ulcer.

On 14 November 1977 Lytvyn returned to Barakhty, where for a year and a half he was held under administrative surveillance. At the suggestion of O. MESHKO in June 1978 he joined the Ukrainian Helsinki Group (UHG).

In 1979 during searches carried out in other people’s flats, Lytvyn’s work ‘Pravozakhysny rukh v Ukraini, yoho zasady ta perspektyvy’ [‘The Human rights movement in Ukraine: its principles and prospects for the future’] was confiscated. This document was to be published in 1983 in the books Ukrainska Helsinksa Grupa 1978-1982 [The Ukrainian Helsinki Group 1978 – 1982) and Portrety suchasnykiv [Portraits of contemporaries], compiled by N. SVITLYCHNA.  In it he writes:  “Society is a living organism which lives and develops in accordance with natural laws and the trend towards ever greater freedom… Dissent in Ukraine has its own deep revolutionary-democratic and liberal traditions... The love of freedom and democracy are characteristic features both of individual Ukrainians and of the Ukrainian nation as a whole...’  The work was held in high esteem by Petro GRIGORENKO.

On 6 March 1979,  a search was carried out of the home of Lytvyn’s mother in connection with the arrest that day of O. BERDNYK, and Lytvyn’s unfinished study "Radyanska derzhava i radyansky robitnychy klass” [“The Soviet State and Soviet working class"] was removed. On 30 March he himself was summoned to the KGB for questioning, but refused to give any evidence.

At the end of July 1979, some of Lytvyn’s works were published in the ‘Informatsionny bulleten’ [Informational bulletin] printed in New York. In November 1979 Lytvyn signed several documents of the UHG: Nashi zavdannia [Our tasks] and Rukh za prava ludyny na tli natsionalnykh zmahan ukrainskoho narodu [The Human rights movement against the background of the national aspirations of the Ukrainian people).
On 19 July 1979 Lytvyn, who had recently been operated on for varicose veins, was detained by five police officers and taken to the police station where he was beaten, fined and released. Then on 6 August he was arrested and charged with showing resistance to police officers. He was tried and sentenced on 17 December by the Vasylkivsk District Court under Article 188-1 § 2 of the Criminal Code of the UkrSSR to 3 years harsh regime labour camp. In his final words he said: “You want to destroy Lytvyn but you will not succeed. You, gentlemen, will not succeed in crushing the human being in me, my faith in love, in the sublime, in truth and freedom. Lytvyn is not afraid of you, gentlemen in power. He is not afraid despite the fact that he knows what you are capable of, knows your real nature, he is aware of what Soviet reality and Soviet power are, and knows its punitive bodies”.

Lytvyn served this sentence first in the town of Bila Tserkva, then in camp no. YA-45/85 in the settlement of Bucha near Kyiv, then from July – September 1980 in Kherson no. 17/90.
A month and a half before the end of his sentence, on 24 June 1982, the Kyiv Regional Court declared Lytvyn a ‘particularly dangerous repeat offender’ and sentenced him under Article 62 § 2 of the Criminal Code of the UkrSSR (“anti-Soviet agitation and propaganda) to 10 years special regime labour camp and 5 years exile. He was, charged with writing a number of articles, as well as “making verbal statements slandering bodies of Soviet power”.  The following documents, written earlier, were also added to his case: “Bortsam za svobodu i nezalezhnist Chekhoslovachhyny” [‘To those fighting for Czechoslovakia’s freedom and independence”], “Slovo pro hrishnykiv shcho kayutsa” [“On sinners who repent”], “Nekrolog” [“Obituary”], "Appeal to Jimmie Carter", "Radyanska derzhava i radyansky robitnychy klass” and other publicist works.

In May 1983, Lytvyn who was suffering from a stomach ulcer was moved to camp No. VS-389/36-1 in the settlement of Kutchino, Chusovoi district of the Perm Region (the Perm political labour camps). A dentist there removed the enamel from his teeth apparently in order to put crowns on yet never appeared again. In the last 9 months of his life Lytvyn lived in terrible pain, and then heard that his former wife had died in captivity, and his son was now in the care of his grandmother. For Lytvyn news of the deaths of O. TYKHY and B. ANTONENKO-DAVYDOVYCH also came as a harsh blow. All of these circumstances combined to cause a severe deterioration in his physical health and psychological condition. During his last days Yury Lytvyn was unable to walk and almost blind. He was let off work.

On 23 August 1984 Lytvyn was found in the barracks with his stomach cut open, and he died in a prison hospital in the town of Chusovoi two weeks later. His mother was allowed to be present at the funeral in Kutchino.  The question remains open whether it was suicide. The guards never found anything he could have used to cut himself, neither then, nor during subsequent searches.

In all Yury Lytvyn was sentenced to 41 years of captivity, not counting the 18 months of administrative surveillance. He spent 20 of the 49 years of his life in labour camps.  He wrote several novels and collections of poems (the majority of his literary works have never been found).

On 19 November 1989 the remains of Yury Lytvyn, Vasyl STUS and Oleksiy TYKHY were reburied in a solemn ceremony at the Baikove Cemetery in Kyiv.

In 1980 the External Representation of the Ukrainian Helsink Group published the book “Yury Lytvyn (Portraits of contemporaries)”.  In 1981 a collection of poems by V. STUS and Lytvyn entitled “Peredchutya” [“Presentiment”] came out in Lviv. In 1996 Lytvyn’s friend and former political prisoner, I. Pashkov, had Lytvyn’s collection of poems ‘Tragicheskaya galereya’ published in Kharkiv. 42 documents pertaining to his case – manuscripts, articles, appeals, letters were handed to the Security Service of Ukraine by Lytvyn’s mother in 1991. Some of these were published in a separate book in 1999.

In 1992 the Drohobych branch of ‘Memorial’ arranged for a new house to be built for Lytvyn’s mother, Nadiya Antonivna Parubchenko in the village of Barakhty where she lived until her death in 1997. In 1994 a memorial room dedicated to the memory of Yury Lytvyn was opened in the local village school. 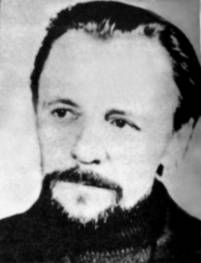