A journalist, Shestydesyatnyk [Sixties activist], prominent figure in the human rights and national liberation movements of the 1960s-1990s, editor and author of samizdat books and magazines, member of the Ukrainian Helsinki group (UHG), politician, three times a political prisoner.
Viacheslav Chornovil was born into a family of village teachers. In 1955, having finished school in Vilkhivka with a gold medal, he entered the Journalism Faculty of Kyiv University, graduating with distinction in 1960.  Already at university he had problems because of his views which led to an almost year-long break in his studies in 1958.

After graduating, Chornovil worked as the editor of programs for young people at the Lviv TV studio.  He moved to Kyiv in May 1963 in order to continue his research into the history of Ukrainian literature. In 1964 he passed the relevant examinations and was accepted for a postgraduate course at the Kyiv Teachers’ Training Institute, but was not allowed to study on political grounds. In December that year he had presided over an evening in memory of the poet Vasyl SYMONENKO.

He was employed for a while as a construction worker on the Kyiv power station, and then headed a department in the newspaper “Moloda Gvardiya” [The Young Guard].  Together with I. SVITLYCHNY, I. DZIUBA, Y. SVERSTYUK, A. HORSKA and others he was involved in distributing samizdat.  From 1963 on, he played an active role in the Sixties movement, co-writing and distributing samizdat and organizing and participating in many protest actions.

On 4 September 1965 during the preview showing of S. Paradzhanov’s film ‘Tini zabutykh predkiv’ [‘Shadows of forgotten ancestors’], Chornovil addressed the audience with a protest against the arrests of members of the Ukrainian intelligentsia.  He was dismissed from his job, and searches and interrogations began. In April 1966 at a political trial behind closed doors in Lviv, he refused to give evidence against the brothers M. and B. HORYN and called the Prosecutor and judges criminals.  He was dismissed from the editorial board of the national newspaper “Druh chitacha” [The Reader’s friend]. Since he was unable to find a job in his field, he worked at the Lviv Department of the Society for the Protection of Nature.
Chornovil collected data on violations of both human rights and Soviet legislation by the judiciary and criminal investigation bodies which he documented and distributed in a book that he called “Pravosuddya chy retsydyvy terroru?” [“The Justice system or the Terror raising its head again?”]. For this in the summer of that year he was sentenced by the Leninsk District Court in Lviv to 3 months compulsory labour.

In 1967 in Lviv, Chornovil put together a collection of documents which he called “Lykho z rozumu (Portrety dvadtsyaty “zlochyntsiv”)” [literately, “Woe from wit (Portraits of twenty “criminals”], but published in the West as “The Chornovil Papers”].  The book was made up of material about those Shestydesyatnyky [Sixties activists] who had been arrested in 1965-66. The book was published abroad, initially in France, and Chornovil was awarded an international journalist prize (in the United Kingdom).

On 3 August 1967 Chornovil was arrested and charged with “dissemination of patently false statements defaming the Soviet political and social system” under Article 187-1 § 1 of the Criminal Code of the Ukr SSR. On 15 November he was sentenced by the Lviv Regional Court to 3 years general regime labour camps (due to an amnesty this term was halved).  His “final words” at the trial were distributed through samizdat.  He served his sentence in a camp for criminals in Trudove, Peschansk district of the Vinnytsa region. To protest at articles which he had written in the camps being confiscated in summer 1968 Chornovil held a hunger strike for 48 days.

He was released in February 1969. In the same year, as a reaction to defamatory attacks against I. DZIUBA, he wrote a book entitled “Yak I shcho zakhyshchaye B. Stenchuk, abo 66 vidpovidey . ‘internatsionalistovi’” [“What B. Stenchuk is defending and how, or 66 answers to an ‘internationalist’”], where he exposes the shameful methods of ideological work used by the Communist Party of the USSR and its fighting avant-garde – the KGB.  The work was published in 1972 in the journal ”Ukrainsky visnyk” [“Ukrainian Herald”].

Chornovil had begun producing this typed journal which was to become the most important periodic publication of Ukrainian samizdat in 1970. By the time of his arrest, 5 issues had come out. The sixth, while prepared by him, was published in Lviv by Mykhailo Kosiv and Atena Pashko.  ”Ukrainsky visnyk” contained not only information about cases of human rights violations, but also the most important samizdat documents, as well as analytical articles and literary works.

In summer 1971 Chornovil addressed an appeal to the UN Human Rights Committee with regard to the danger of arrest which was facing the Ukrainian intelligentsia. In September 1971 he issued a letter “To the Central Committee of the Communist Party of Ukraine” in defence of V. MOROZ and refused to give evidence in a trial against the latter held behind closed doors. In December on Chornovil’s initiative “The Public Committee in defence of Nina Strokata” was formed.

He was arrested during the second wave of arrests in Ukraine on 12 January 1972. Having found out from newspaper articles about his supposed involvement in the “Dobosh case”, Chornovil refused to take part in the investigation (which lasted for 14 months).  Since the investigators were unable to prove that he had been the editor of ”Ukrainsky visnyk”, they tried to blackmail him by threatening to arrest his wife, Atena Pashko, and his sister, Valentyna. In protest he held a dry hunger strike for 8 days. On 12 April 1973 Chornovil was sentenced by the Lviv Regional Court under Article 62 § 1 of the Criminal Code of the UkrSSR (“Anti-Soviet agitation and propaganda”) to 6 years deprivation of liberty in harsh regime labour camps and 3 years exile.

He served his sentence in the Mordovian political labour camps No. ZhKh-385/17-A (Ozyornoye), and Z (Barashevo). Chornovil organized and took part in numerous protest actions, hunger strikes, as well as in the relentless struggle for recognition of political prisoner status. He wrote a huge number of letters and appeals which were published in samizdat and annotated in “Khronika tekushchikh sobytiy” [“Chronicle of Current Events”]. On 17 January 1977 a draft plan for Political Prisoner Status, drawn up by Chornovil, P. Airekyan and V. Osipov, was sent to the Presidium of the Supreme Soviet of the USSR.  Chornovil spent more than half his sentence in the punishment isolation cell and other cells.  He was nicknamed the «General of the zeks” [slang for prisoners] by the camp henchmen and this was how the writer M. Heifets called the article he wrote about Chornovil.  During this time, Chornovil, together with Boris Penson, wrote the book “Khronika taborovykh budniv” [“A Chronicle of days in the camp”] which was published in 1976 in the journal “Suchasnist”, and translated into other European languages.

At the beginning of 1978 he was taken under convoy to his place of exile in the village of Chaplanda (Yakutia).  While there he wrote a brochure about the struggle for political prisoner status in the camps. In 1978 he was made a member of the international PEN-club, and on 22 May 1979 he joined the Ukrainian Helsinki Group (UHG).

In April 1980 Chornovil was arrested in exile on a trumped-up charge of “attempted rape” (Article 117 of the Criminal Code of the RSFSR). He spent 120 days on hunger strike in protest. In his final words at the trial, he accused the KGB and the police of concocting a story and called upon the court to not take part in the conspiracy. He was sentenced to 5 years deprivation of liberty. He was released early in 1983 following the protest of the Prosecutor of Yakutia. Until the beginning of “perestroika” he worked as a stoker in Pokrovsk in Yakutia.

In May 1985 Chornovil returned to Ukraine, where he worked as a stoker in Lviv. In Autumn 1987, together with M. HORYN, he gave an interview to a foreign journalist, which led to a campaign by the authorities to have them both expelled from the USSR. Chornovil and M. HORYN issued a statement to the governments of all countries asking that they refuse to accept them. In August 1987, Chornovil renewed publication of ”Ukrainsky visnyk” which became part of the UHG. Chornovil initiated the revival of the activity of this human rights civic organization on a wider scale, and as a “pre-party” organization, since at that time it was still dangerous to create an actual political party.

On 11 March 1988, he and M. HORYN and Z. KRASIVSKY signed an “Address to the Ukrainian and World Community” about the reactivation of the UHG.  Together with B. and M. HORYN he drew up the “Declaration of the Principles of the Ukrainian Helsinki Union (UHU)” and on 7 July 1988 made this public at a political rally attended by 50 thousand people in Lviv. UHU was to be the first political party-like organization in Ukraine standing in open opposition to the Communist Party of the USSR. Its objectives were, through a non-violent process of evolution and by broadening democratic freedoms, to achieve independence. It proclaimed the aim of restoration of Ukrainian statehood, the establishment of Ukrainian citizenship, and called for the Ukrainian language to be given the status of official language, for Ukraine to receive representation on the international scene, for self-financing at republic level, pluralism in the economy, politics and religion, freedom of conscience.  It emphasised the need for Ukraine to have its own army and for citizens to have the right to form political organizations. The main thesis of the Declaration was expressed in the following: “Without freedom of the nation it is impossible to effectively ensure freedom for the individual”.

Chornovil was one of the three working secretaries, then later a member of the Executive Committee of the UHU and the head of its information service. He took part in the Conferences of Initiative Groups of  national liberation movements of the peoples of the USSR. In 1988 he was chosen as co-chairperson of the Lviv Regional Chapter of “Memorial”, and at the Founding Meeting of the Narodny Rukh Ukrainy [Popular Movement of Ukraine] (RUKH) from 8-10 September 1989 he was elected member of its Great Council.

In March 1990 Chornovil was elected State Deputy of the Verkhovna Rada of Ukraine and Chairperson of the Lviv Regional Council. In autumn 1991 he ran for President of Ukraine (with 23,27% of the votes, he was in second place). In March 1992 he was elected co-chairperson of Rukh, and in December of the same year, chairperson.  In 1994 and 1998 he was again elected State Deputy of Ukraine. He was the leader of the Deputies’ faction of RUKH, a member of the Parliamentary Assembly of the Council of Europe, the Chief Editor of the newspaper “Chas-Time”, and was the Laureate of the Taras Shevchenko State Award in 1996 for his publicist works (including for the books previously labelled “anti-Soviet”).  He was also honoured with the Order of Yaroslav the Wise on the occasion of his sixtieth birthday.

He was married with two sons and four grandchildren.

Viacheslav Chornovil died in a car accident on 25 March 1999.

On 23 September 1999 there was an opening ceremony for a monument to Chornovil constructed out of granite slabs in Kaniv (where the grave of Taras Shevchenko also lies).  In March 2000 a memorial plaque was placed on the house where Chornovil was born. A museum room in his memory has been opened in the city centre of Zvenigorodok, and there is now a memorial plaque on the block of apartments on Panas St in Kyiv where he lived in his later years. Streets have been named after him in Rivne and Lviv, and there are memorial plaques to Chornovil in the USA (New York State), Canada (Toronto) and Australia (Sydney). 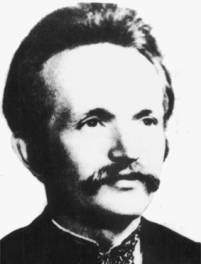