At the age of 17, Shumuk began his struggle against the Polish occupying regime by joining the Communist Party of Western Ukraine and becoming involved in active resistance. At 19 he was arrested and sentenced a year later to 8 years imprisonment. In 1936 a partial amnesty meant that Shumuk’s term was reduced by a third, and he spent in all 5 years and 4 months in Polish prisons.

In 1939 he returned home which was now under Soviet rule. He was a member of the Communist Party of the Soviet Union from then until 1941. He taught geography in school, however due to the divergence between his views and those of Soviet communists, he was removed from teaching work.

On 15 May 1941 Shumuk was arrested by the Soviet authorities “as the brother of an enemy of the people”.  From prison he was taken into the Soviet Army, where he took part in battles against the German Wehrmacht as part of a Soviet penal battalion. After an order from Headquarters to disarm family members of people repressed, Shumuk was moved to an unarmed battalion, was soon captured, and held in a camp for Soviet prisoners of war in the town of Khorol in the Poltava region. He managed to escape from there, and organized a partisan unit in his home region which in 1943 joined forces with the Ukrainian Resistance Army (UPA).  Due to a fundamental disagreement with the leadership of UPA,  Shumuk refused to take part in military operations and taught economic geography on military training course.

After the arrival of the Soviet Army, Shumuk in the summer of 1944 commanded a unit of the UPA in the Zhytomyr region, however after realising that the situation was hopeless, disbanded it.  In December 1944 he was arrested and in 1945 sentenced under Articles 54-1 (a) and 54-2 (a) of the Criminal Code of the Ukrainian SSR (“State treason” and “Armed uprising”) to death by firing squad, with the sentence being commuted to 20 years of labour camp. He served his sentence in Camp No. 3 in Norilsk.  He was one of the organizers of the uprising of prisoners there from June to September 1953, and was punished for this by being transferred to the Vladimir Prison. He described the uprising of 1953 in his memoirs “Za skhidnym obriyem” [“Beyond the Eastern horizon”], published by Smoloskyp in 1974.

He was released in August 1956 after a ruling of the Commission of the Presidium of the Supreme Soviet of the USSR quashed his sentence. He returned home, however the crushing of the Budapest uprising in 1956 led to an increase in pressure on former political prisoners from the KGB.  The authorities used all means to try to remove those they considered “unreliable” from Western Ukraine. A program to resettle people in other regions of Ukraine was launched, and Shumuk with his wife and three children moved to the Dnipropetrovsk region.

On 19 November 1957 Shumuk was summoned to the KGB and invited to ‘help’ them. He refused, after which the next day a search was carried out of his flat and all his manuscripts were removed. On 21 November he was arrested and taken to the Lutsk prison.

On 5 May 1958 in a trial held behind closed doors, Shumuk was sentenced by the Volyn Regional Court under Article 54-10 of the Criminal Code of the Ukrainian SSR (“anti-Soviet agitation and propanda”) to 10 years deprivation of liberty. He served his sentence first in Vorkuta, then in Taishet (the village of Vykhorevka). On 20 October 1960 he was moved to “Dubravlag” – the Mordovian political labour camps. In punishment for the memoirs which were discovered during a camp search in 1963, Shumuk was held for a long time in a special regime barrack. On 21 October 1967 he was taken to Kyiv where he was released on 20 November.

He lived in Boryslav in the Kyiv region and worked as a guard in a pioneer camp and as a duty sailor in a complex equipping beaches in Kyiv.

In 1972 he completed the second part of his book of memoirs which was later published in the West.

On 12 January 1972 Shumuk was again arrested and charged with “anti-Soviet agitation and propaganda” (now Article 62 § 2 of the Criminal Code of the UkrSSR) and with giving “knowingly false testimony” (Article 197 of the same code).  While in custody, Shumuk’s memoirs were taken away from him, while a letter from him was confiscated from I. SVITLYCHNY and declared a program document of the national liberation movement. He was also accused of distributing articles by Milovan Djilas and Ivan DZIUBA.

From 5-7 July 1972 the Kyiv Regional Court tried and sentenced him to 10 years special regime labour camp, and to 5 years exile, declaring him a “particularly dangerous repeat offender”.  This sentence was served in the Mordovian and the Perm political labour camps.

Shumuk played an active role in the numerous protest actions and hunger strikes, despite being in ill health.  He was universally respected by his fellow political prisoners, and in 1976 was one of the members of a committee of political prisoners aimed at promoting mutual understanding and acknowledging their individual rights regardless of their political views.

In 1978 Shumuk was given second group disability status. In response to this a group of prisoners (Edward Kuznetsov, Oleksiy MURZHENKO, Mykhailo OSADCHY and Vasyl ROMANYUK) appealed to the parliament and leaders of Canada to multiply their efforts to bring about his release as his state of health was critical. On 3 November the Canadian Parliament unanimously passed a resolution to ask the government of the USSR to release Shumuk and to allow him to join his relatives in Canada. Nonetheless Shumuk was made to serve his sentence in full.

From 3 February 1979 he was a member of the Ukrainian Helsinki Group (UHG). Material

On 1 March 1980 he was moved with other special regime prisoners to Camp No VS-389/36 (the village of Kutchino, Chusovoi district – one of the Perm political labour camps), then later to the harsh regime section of the same zone, and then to Camp No. VS-389/35 (the station Vsekhsvyatskaya).

In 1982 Shumuk was taken to his place of exile in the village of Karatobe, the Ural region (Kazakhstan) and lived there, under administrative surveillance, until 4 January 1987.

In 1987, after 42 years in prisons, labour camps and exile, Shumuk emigrated to Canada.

He was the author of three books of memoirs: “Za skhidnym obriyem” [“Beyond the eastern horizon”], “Perezhyte i peredumane”  [literally: “Lived through and thought through”, published in the West as “Life Sentence”], and "Z Gulagu u Vilnyi Svit" [“From the Gulag into the Free World”]

I.
D. Shumuk. Za skhidnym obriyem.— Paris – Baltimore: Smoloskyp, 1974. 448 pages.
D. Shumuk. Perezhyte i peredumane. Memories and reflections of a Ukrainian dissident on his years of wandering and struggle under three periods of occupation of Ukraine (1921-1981), Kyiv: Kyiv: The O. Teliha Publishing house,, 1998.— 432 pages.
[Published in English as "Life Sentence. Memoirs of a Ukrainian political prisoner // Edmonton:  The Canadian Institute of Ukrainian Studies, 1984]

I. Rapp. Revised by V. Ovsiyenko. 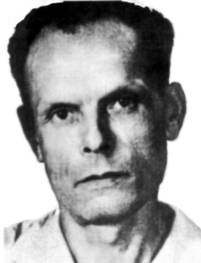