Zisels’s world view was formed in the period of Khrushchev’s "Thaw", in intelligentsia circles.  Chernivtsi was a city renowned for its liberalism and tolerant inter-ethnic and inter-faith atmosphere. From 1962 Zisels became familiar with samizdat.
In 1969, Zisels graduated from the Physics Faculty (the department of theoretical physics) of Chernivtsi University.  From 1969 - 1970 he served in the Navy fleet on the island of Kronstadt.  From April 1971 until his first arrest he worked at the Chernivtsi radio and television centre as a technical control engineer. In August 1972 he was excluded from the Komsomol for his speech in defence of a colleague who had submitted his documents for emigration to Israel at a trade union meeting, and was told to hand in his resignation "of his own accord".  Zisels refused to do this, and despite a strained atmosphere of lies and carping criticism, he was not actually dismissed.
Beginning from 1970 - 1971 he actively helped those who were emigrating to Israel, accompanying their families to the border. He was detained by border guards three times in the city of Chop of the border region.

Between 1973 and 1976 he was active in distributing samizdat. In August 1976  a friend’s flat was searched and a photocopy of volume 1 of A. Solzhenitsyn’s "The GULAG Archipelago" and other works of samizdat belonging to Zisels were confiscated.  Zisels was then held for questioning over this matter for 27 hours in the Chernivtsi department of the KGB, but he refused to reply to any questions.

In February 1977 Zisels was warned in accordance with the Decree of the Presidium of the Supreme Soviet of the USSR of 25.12.1972 about liability if one continued to engage in "anti-Soviet activity".  KGB officers suggested he emigrate from the USSR and asked him to sign a protocol saying that he had received the warning, but he refused.  Instead of  "settling down", throughout 1977-1978 Zisels made contact with dissident groups in Kyiv and Moscow, working for “Khronika tekushchykh sobytiy”["Chronicle of current events”] (CCE), the Ukrainian and Moscow Helsinki Groups, Moscow and Chernivtsi Jewish “refuseniks”, the Working Committee against Psychiatric Abuse for Political Purposes (he was particularly active in collecting information about the Dnipropetrovsk special psychiatric hospital), with the Solzhenitsyn Public Foundation to help political prisoners and their families and other organizations.

From August 1978, Zisels was an undeclared member of the UHG. He collected data about those unlawfully pushed into psychiatric hospitals, and together with his wife helped the families of political prisoners.

On 10 November 1978 a search was carried out of Zisels’ flat which lasted for 12 hours. The formal pretext for the search was the alleged aim of looking for items of pornography in the case of Zisels’ sister’s husband.  A great deal of samizdat, as well as a catalogue of prisoners of psychiatric hospitals (with around 80 cards) were taken away.
On 8 December there was another search. This time they took away copies of protocols of work gatherings where Zisels was subjected to criticism and thrown out of the Komsomol, receipts for telephone conversations and for things sent by post, 24 photographs of dissidents and other things.

Following the search, without having been presented a warrant for his arrest, Zisels was taken for questioning to the KGB and the very same day put in a temporary detention cell (TDC), then on 9 December in a SIZO [pre-trial detention centre].
On 5 April 1979 the Chernivtsi Regional Court sentenced Zisels under Article 187-1 of the Criminal Code of the Ukrainian SSR (“Dissemination of patently false statements defaming the Soviet political and social system”) to 3 years harsh regime labour camp. His lawyer, Nelya Yakivna Nemyrynska in her address demanded that Zisels be released in the courtroom.

Zisels was able to pass via his wife to colleagues from the Working Committee information about 37 people suffering repression with the use of psychiatry, information about which was in his court case at the request of the investigator to the Dnipropetrovsk special psychiatric hospital.

He served his sentence in the city of Sokyryany, Chernivtsi region.

Due to his stomach ulcer, Zisels was freed from work underground, in the mines. At first he worked sewing up sacks, then breaking up crates.
In the camp, Zisels was frequently put into the punishment cell despite his bad health, and his ulcer becoming more acute.

In October 1978 Zisels was declared a member of the UHG, and on 30 October, on the Day of the Political Prisoner he went on hunger strike.

The Chernivtsi KGB officers dealing with Zisels came several times, taking testimony from amongst the Sokyryansky prisoners about Zisels’ “defamatory” activity while serving his sentence.

Zisels was released in December 1981.

Zisels renewed his connections with the UHG, with the Working Committee against Psychiatric Abuse for Political Purposes and the Jewish movement in Moscow.  He exchanged correspondence with a wide range of people, took part in creating a group for studying Hebrew and preparing textbooks.  He twice visited political exiles in Kazakhstan.

On 19 October 1984 Zisels was arrested again in Chernivtsi.  During the search, a lot of samizdat was removed. On the same day two of his friends were also arrested – Leonid Schraer and Yakiv Rosenburg.  A number of other friends and relatives were also taken to the pre-trial detention centre, but were released in a day or two.

On 10 April 1985, Zisels’ trial, to which only his wife was admitted, took place in Sokyryany in the Chernivtsi region.  He was tried under the same Article 187-1 of the Criminal Code of the Ukrainian SSR and sentenced to 3 years harsh regime labour camp.  The witnesses for the prosecution were prisoners from the camp where Zisels had served his first sentence. His lawyers, N. Y. Nemyrynska again demanded that Zisels be released in the courtroom. Zisels consistently denied any guilt.

His sentence was served first in Lviv, then in Nyzhni Tahil. In January 1987, 9 months before the end of his sentence he rejected the suggestion of the Sverdlovsk Prosecutor to renounce political activity in exchange for early release (“the Gorbachev amnesty”)

He was released on 19 October 1987 and returned home to Chernivtsi where he worked as an electrician. For a year he was held under administrative surveillance.

He continued to work in the Ukrainian Helsinki Group (UHG), the Ukrainian Helsinki Union (UHU), and was active in the creation of Narodny Rukh Ukrainy [Popular Movement of Ukraine] (RUKH). He organized Jewish groups, and the Council of Nationalities for RUKH.
On 3 December 1989 he became the co-chairperson of the Vaad, the Confederation of Jewish Organizations and Communities of the USSR.

He lives in Kyiv. He is married, with two children. 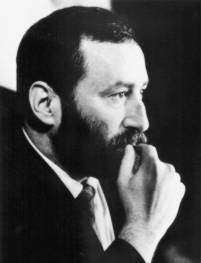