A Language and Literature specialist, she was a prisoner of the labour camps for many years.  In the 1960s – 70s her home was one of the spiritual centres of the Shestydesyatnyky [Sixties activists]

Surovtsova’s father was from a family of small-scale landowners in the Poltava area.  He himself was a lawyer, who during the years of reaction (following the 1905 Revolution) defended villagers for free and saved the lives of Jewish people during pogroms. Her mother was a teacher.

The family moved to Uman where, in 1912, Nadiya finished a lyceum.  From 1913 -1917 she studied in St. Petersburg at the Bestuzhev Courses for Women (equivalent to a university) in the Faculty of History and Language and Literature Studies. While still at the lyceum, under the influence of her father, her grandmothers from the Poltava area where the family returned each summer, and her friends, Surovtsova began to identify herself as Ukrainian, and in St. Petersburg was a member of underground Ukrainian groups. As a representative of a group headed by Yevhen Nerovnovych which was calling for Russia’s defeat in the First World War, Surovtsova visited first Kyiv, then Uman.

From autumn 1917 she studied at the History and Law Faculties of Kyiv University and from 1918 also in the Consul Academy in Kyiv.

After the Ukrainian Revolution of 1917[1], Surovtsova became immersed in public and State life.  Her first publicist and fictional writings were published in 1917 in the Ukrainian newspapers “Holos provintsiyi” [“Voice of the Provinces”] and “Vilna Ukraina” [“Free Ukraine”].  In the government of the Central Rada Surovtsova carried out clerical duties for the Secretariat of Internal Affairs, then took charge of the general department of the Ministry of Foreign Affairs. At the end of 1918, under the Directorate, Surovtsova was appointed Secretary of the Information Bureau of the Diplomatic Mission of the Ukrainian National Republic, in which capacity she worked in Vienna until 1920.

The years of her Vienna emigration (1919 – 1925) were difficult for her, however she completed her university education, gaining her doctorate in philosophy with her thesis entitled “Bohdan Khmelnytsky and the idea of Ukrainian Statehood”.

Her disillusionment with the Ukrainian émigré community, her activity in the Committee providing aid to victims of the famine in Ukraine 1921-1922, contact with representatives of the Soviet embassy in Vienna, in particular, with Y. Kotsyubysnky and M. Levytsky, her involvement in the pacifist movement and her journeys on the “train of peace” around the USA and Canada influenced her political evolution and led her to accept Soviet power.  In 1924 Surovtsova joined the communist party of Austria.

This was to be the period when her literary and publicist talent, as well as her skills as a translator blossomed. She published works in many newspapers and journals, translated the writings of V. Korolenko and V. Stefanik into Ukrainian and German, as well as a collection of Ukrainian folk tales. She became one of the founders of the Union of Progressive Journalists.

In 1925 Surovtsova returned to Ukraine and immediately plunged into a fury of activity: she was the editor of the press office of the people’s commissariat of foreign affairs, the editor of RATAU (the Ukrainian Information Agency), the censor of foreign press in “Holovlit” (the Main Department for Literature and Publishing which had censorship functions), and worked for the academic D. Bahali, as well as continuing to translate and write publicist and fictional work. She moved around in Kharkiv bohemian milieu, leading a relatively unclouded and wild existence. However she was not fully trusted and was kept under surveillance, with attempts made to use or blackmail her. In 1926 the Kharkiv GPU (the State Political Directorate, later the NKVD) asked Surovtsova to become a secret agent for them. She refused.

On 29 November 1927 Surovtsova was arrested. The attempt was again made – this time at Lubyanka (in Moscow) – to persuade her to spy on Y. Kotsyubinsky, M. Levytsky and K. Maksimovych. She categorically refused. On 28 September 1928 she was charged with spying for Poland and sentenced to 5 years deprivation of liberty. On 16 October 1932, on the basis of a decree of the OGPU (the All-Union State Political Directorate) she was exiled to Arkhangelsk. Here in 1935 she married the well-known Russian member of the Social Revolutionary Party, D. Olytsky (who was arrested again and shot in 1937). Surovtsova was arrested two more times –in 1936 and 1950.

She was fully rehabilitated in 1957.  She had spent 29 years in all imprisoned or in exile.

Surovtsova returned to Uman where with difficulty she succeeded in gaining back her parents’ house, half of which she sold in order to set up a home for herself. She lived with her husband’s sister, also a member of the Social Revolutionary Party, O. Olytska. She actively renewed her old friendships, made new contacts, working in the funds of local history and lore of the Uman musem and collected material about the renowned park in the Pototsky Estate – Sofiyivka.

This was how Surovtsova’s salon gradually developed. She was visited by architects and restorers, archaeologists, artists and sculptors, as well as virtually all the Kyiv “Shestydesyatnyky [“Sixties activists”]. Aleksandr Solzhenitsyn stayed with her for two weeks and recorded her memories of the camps.  It was a home where it was possible not only to share ones thoughts, not only to pass on samizdat material, but also to receive advice and even to gain certain political experience.  Surovtsova’s home was under constant surveillance and was probably bugged. The regime came to see the “salon” as ever more and more dangerous, all the more so because Surovtsova herself was considered a great authority not only in Uman.

And if, up till 1972, Surovtsova could still publish the odd thing, and she was mentioned in some books, from that time her name became taboo. Attempts to isolate her began (blackmail over the telephone, intimidation of those who visited her; she was surrounded by informers and confronted with a barrage of rumours and suspicions in order to limit access of people to her, and her spiritual influence upon them. In addition, Surovtsova had long ago written her memoirs, writing consciously “for her desk” (a feature of Soviet times when it was impossible and often highly dangerous to openly show or try to publish one’s works) not expecting to be able to publish them, since in the political spectrum of Ukraine, she was a representative of an entirely crushed and in the context of the 1970s extremely anachronistic movement, a specific kind of myth: she stubbornly continued to see herself as a Ukrainian national communist like M. Khvylyovy. She was kindly disposed towards the dissidents, but did not believe that they could fight a cruel regime with their methods, still less in the name of abstract, universal human principles.

She now felt more drawn towards the national liberation movement. People began to appear in her home who were fighting with armed weapons for Ukrainian independence – Halyna Didyk (in fact the aide-de-camp of General R. Shukhevych – the Main Commander of the Ukrainian Resistance Army – UPA), Darka Husyak (messenger for the Central Leadership of the Organization of Ukrainian Nationalists – OUN) and others.
The wish to close Surovtsova’s salon and remove her memoirs led to searches being carried out on many occasions in 1972, 1977, 1979, 1981 and not only in Uman, but also in Kyiv and Lviv. The salon in this way was gradually destroyed. As for her memoirs, Surovtsova solved this problem in the 1970s by opening two funds (in the Central State archive and in the department of manuscripts of the Central Scientific Library of the Ukrainian Academy of Sciences and placing her memoirs there.

During later years she was visited less and less by dissidents and more and more by nationalists.

Nadiya Surovtsova died on 13 April 1985. From 1989 her name began to be openly mentioned. In 1990 there was a memorial evening in her honour held by M. KOTSYUBYNSKA. The study of her life and work is only now beginning.

[1]  This followed the abdication of the Tsar.  The Central Rada was led by the Social-Democrat, Simon Petlura.  The Ukrainian National Republic was proclaimed in January 1918, but survived against the Bolsheviks, and against the background of chaos within the country only for a few months (translator’s note). 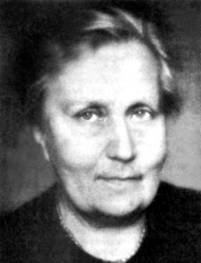