Petro Sichko is from a peasant family. He himself was an engineer. From 1942 he was a member of the Organization of Ukrainian Nationalists (OUN), and from 1944 a political trainer for a Ukrainian Resistance Army - UPA battalion.  During his studies at the Chernivtsi University in the Ukrainian Section of the Faculty of Language and Literature, he created an underground student "Orhanizatsiya bortsiv za vilnu Ukrainu” [“Organization of fighters for a free Ukraine”].  He was arrested on 12 February 1947, and the next day sentenced by the Military Tribunal of the Forces of the Lviv Region MGB (the renamed KGB) under Article 54-1 “a” (“Treason against the homeland”) to death, with the sentence being commuted later to 25 years imprisonment. He served his sentence on Kolyma in many different labour camps. At the beginning of 1955 he was released into the settlement since his wife (the marriage had yet to be registered), Stefaniya Petrash, had already been freed from the camp and was living in Magadan without the right to leave Kolyma. Petro’s wife had also been in the underground of OUN. She had been arrested in her first year at Teachers’ Training College and sentenced to 10 years in the Kolyma camps.

On 20 March 1957, by a ruling of the Magadan Regional Court, Petro Sichko was released early but prohibited from living in Western Ukraine.  His documentation was for the Zaporizhye region, however at the airport in Magadan, just before the flight, he told the people in the commandant’s office that his brother whom he was supposed to be going to be in the Zaporizhye region had moved to Dolyna, in the Stanislavsk (Ivano-Frankivsk) region, and received corrected documents for Dolyna. He worked as a rate-setter in a construction department, then at a factory making metal items. In 1958 he entered the external department of the Faculty of Economics of Machine Construction and Light Industry of the Lviv Polytechnic.  However he was not given the chance to finish the course because of his refusal to collaborate with the KGB. In 1977 he declared a hunger strike to protest about his illegally being transferred to unqualified work, and submitted a statement to the government about his rejection of Soviet citizen and his wish to emigrate from the USSR.

The same application was submitted by his son – Vasyl, who had been expelled from his second year at Kyiv University Faculty of Journalism in 1977 for ideological reasons. The KGB had in fact used the threat that Vasyl would be thrown out of university to put pressure on his father, Petro, and to force him to agree to collaborate. Vasyl Sichko began to seek permission to leave for the USA to continue his studies.

On 17 January 1978 Vasyl Sichko was placed in the Ivano-Frankivsk psychiatric hospital, where he was held a week, diagnosed as having “schizophrenia” and released. Petro Sichko immediately left for Moscow to see the main psychiatrist of the USSR. There he was told that if Vasyl did not withdraw his application, then given that rejection of ones citizenship is madness, that he would be considered a schizophrenic.

On 28 February 1978 Vasyl became a member of the Ukrainian Helsinki Group (UHG).  He was very involved in defending the rights of the Ukrainian Greek-Catholic Church, insisting on the re-opening of churches which had previously been closed.  He wrote appeals, statements, protest letters to the Verkhovna Rada of Ukraine and to other bodies.

Petro Sichko became a member of UHG on 30 April 1978. In November 1978, Petro addressed a letter of protest to the Verkhovna Rada about the closure of the church in the village of Ilemnya, the destruction of the chapel in the village of Spas, and the fact that a functioning church in the city of Rozhnyativ was being turned into a museum of atheism.

In January 1979 Petro and Vasyl Sichko succeeded in getting into the courtroom where a court trial was taking place of a member of Ukrainian Helsinki Group, V. STRILTSIV. During a break taken in the hearing, Petro turned to the witnesses for the prosecution with an appeal not to act against their own conscience and not to succumb to pressure from the KGB.

In March 1979 a search of the home of Petro and Vasyl Sichko was carried out. On 30 April 1979, on the grounds of the persecution which his family was suffering, Petro renounced his Soviet citizenship.

On 12 June 1979, to mark the festival of the Trinity, Petro and Vasyl Sichko spoke at a civic requiem [panykhida] at the grave of the popular Ukrainian composer and musician, V. Ivasyuk.  Ivasyuk was the author of songs with a clear national message who had been subjected to persecution from the KGB during his life and who had been killed in unexplained circumstances in spring 1979 in Lviv.  Petro and Vasyl  accused the authorities of involvement in Ivasyuk’s death and called on those present to support the activity of the UHG.  Petro said, in particular, that the Ukrainian people must preserve their identity, their culture. Those taking part in the requiem chanted “Glory to Ukraine!”

On 6 July 1979 Petro and Vasyl Sichko were arrested under Article 187-1 of the Criminal Code of the UkrSSR (“Dissemination of patently false statements defaming the Soviet political and social system”).  On about 7 August a search was made of the arrested men’s flat when M. LUTSYK and O. MESHKO  were in the flat. On 23 August, an article was published in a district newspaper “Chervony Dolyna” [“Red Dolyna”] with the title “Dirty affairs of provocateurs”]. Petro’s wife, Stefaniya Petrash, on 5 September sent a letter of protest to the Presidium of the Supreme Soviet of the USSR.

The trial of Petro and Vasyl Sichko took place on 4 December 1979.  Besides his speech at the requiem for V. Ivasyuk, Vasyl was also charged on the basis of his poetry.  The Lviv Regional Court sentenced Petro to 3 years harsh regime labour camp and Vasyl to 3 years heightened regime labour camp.  Both men had already refused to take part in the proceedings at the investigation stage. They both refused to sign the sentence, or to make a formal appeal against the sentence.

On 24 December 1979 Petro was allowed a one-hour meeting with Vasyl and the next day was sent to the city of Bryanka-6 in the Luhansk region, to UL-314/11.

On 5 February 1980 Petro’s wife was summoned to the KGB and cautioned not to meet with members of the UHG, in particular, not with O. MESHKO. Vasyl Sichko, being held in a camp for criminals in Cherkasy, during a visit from his mother asked her to turn to the Association of Lawyers and call upon them to seek a review of the issue of his status as a political prisoner and of transferring all political prisoners to separate camps.

In December 1979, Volodymyr Sichko, then a third-year student at the Mathematics Faculty of Kyiv State University was given permission by the military department to travel to Lviv for one day to say goodbye to his father and brother. On his return, he was not allowed to take part in the exam session.

In March 1980, Volodymyr Sichko was expelled from the university with the reason given being “for not keeping up with his studies”.  His indignant fellow students sent a telegram to Brezhnev however the post office passed it instead to the Dean’s office.  After hearing the protests of the students, the Dean told them that Volodymyr Sichko had been expelled because his father and brother were nationalists and were in prison.  As a sign of protest at this illegal expulsion, Volodymyr renounced his Soviet citizenship and refused to do military service.  His “Statement rejecting citizenship of the USSR”, addressed to the Presidium of the Verkhovna Rada of the Ukrainian SSR (21.09.80), and his “Appeal to students throughout the world” (07.10.80), both with his signature, were distributed in samizdat.

On 4 December 1980, 04.12.80 Volodymyr Sichko was arrested and on 9 January 1981 he was sentenced by the Dolyna Court to 3 years deprivation of liberty in harsh regime labour camps under Article 72 (avoiding a military service summons).

In 1981 a book came out in the USA about the Sichko family, with the title "A Family Torn Apart", written by N. STROKATA.

After his release, Volodymyr worked as a driver and married. It was only after Ukraine gained independence, that he was reinstated in Kyiv University, and graduated from the external department in 1994.

On 26 May 1982, 10 days before he was due to be released, Petro was presented with new charges under the same Article 187-1 for anti-Soviet remarks and contact with the West.  The charges included, in particular, some papers, deemed to be anti-Soviet, which had been put inside his boots by his cell mate. The latter was soon transferred to a different zone since other inmates were appalled by such provocation and threatened to make him pay for it. Petro Sichko was sentenced to another 3 years labour camp. He served his sentence in YZ-17/90 in Kherson.  Vasyl was promised freedom and reinstatement in his university if he “repented”, and threatened with a new charge of possession of “illicit drugs” if he did not agree.  Vasyl refused and was charged under Article 229-6 Part 1 (“Possession of illicit drugs for the purpose of selling them”). On 4 January 1982 he was sentenced by the Prydneprovsk Court in Cherkasy to another 3 years imprisonment.

Petro and Vasyl were released in 1985. Vasyl was seriously ill with tuberculosis, and spent a year in hospital.

From 1987 – 1988 both Petro and Vasyl were active members of UHG. In 1988 Petro and Vasyl were co-founders of the Ukrainian Christian Democratic Front, and Vasyl was to become chairperson of this organization (from April 1990 called the Ukrainian Christian Democrat Party – UCDP. Vasyl was the organizer of the first political rallies in the Ivano-Frankivsk region. He took part in the Euro-Parliament Conference (1990), and was a delegate to the World Anti-Communist League. From 1995 he was the Honorary President of UCDP with power of veto.

In spring 1995 Vasyl left for the USA where he died tragically in unexplained circumstances on 17 November 1997 in Chicago. He is buried in Lviv.

Volodymyr has been living in the USA since 1996.

Petro Sichko is a member of the Main Council of UCDP and the chairperson of the Ivano-Frankivsk regional organization of UCDP. 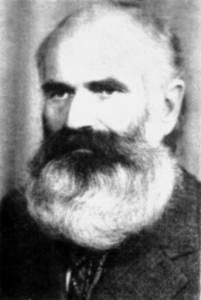 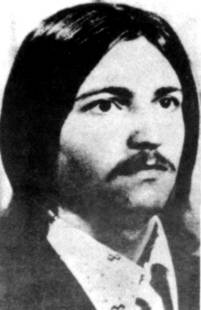 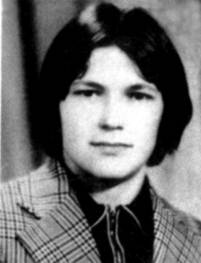 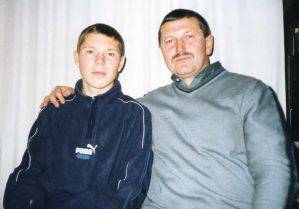 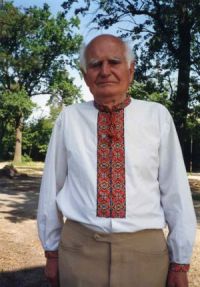