Pronyuk’s father, a blacksmith, was active in the underground OUN-UPA [Organization of Ukrainian Nationalists and Ukrainian Resistance Army] .  In 1944 the German command sentenced him to death to avenge the capture of two Nazi soldiers, but he managed to escape. In 1945 he was caught bearing arms by forces of the NKVD during an ambush and sentenced to 15 years hard labour in the mines of Vorkuta. He was released in 1956 and rehabilitated in 1992.

In 1947 Yevhen and his family – his mother, grandmother and brother – were deported to Karaganda (Kazakhstan) to a special settlement.  There his mother soon died from back-breaking work loading freight on the railways. The children were placed in children’s homes (first in Saransk, Mordovia, then later in the city of Karkaralynsk in Kazakhstan). In order to avoid imminent registration on the special commandant’s list given his approaching 16th birthday, Pronyuk ran away. He reached Kyiv in 1952 and found work at the Pysmenny factory. He worked as a lathe turner, electric welder and controller in the quality control department, while at the same time studying at evening school. He left the factory in 1960.

From 1957 – 1962 he studied at the Philosophy Faculty of the Kyiv State University, then from 1962 he worked as a research assistant in the Institute of Philosophy of the Academy of Sciences of the Ukrainian SSR.

From the end of the 1950s he became involved in the national and cultural liberation movement opposing the communist regime. Despite surveillance and total control of the KGB, Pronyuk and others sharing his views, in particular, Vasyl LISOVY, took part in disseminating literature of Ukrainian samizdat. From 1963 onwards, Pronyuk worked closely with Ivan SVITLYCHNY.

In 1964 Pronyuk wrote an article for samizdat entitled “Stan i zavdannia ukrainskoho vyzvolnoho rukhu” [“The present state of the Ukrainian Liberation Movement and the tasks ahead”], which was subsequently confiscated by the KGB during arrests of many Shestydesyatnyky [Sixties activists] in August and September 1965.

The pressure on Pronyuk began – his book about the life and work of O. Terletsky was not published, he was not allowed to defend his PhD thesis which had been scheduled for the first half of December 1965. The KGB used the Central Committee of the Communist Party to demand that Pronyuk be thrown out of the Institute of Philosophy. However the Director of the Institute, Academician Pavlo Kolnin was able to protect the philosopher who had fallen out of favour, and he remained in the institute, but not now as a research assistant, but as a bibliographer in the Institute library.

After the second wave of arrests in 1972, Pronyuk and V. LISOVY were able to put out the sixth issue of ”Ukrainsky visnyk” [“Ukrainian Herald”] specifically to deflect the charges against V. CHORNOVIL (of being responsible for the journal).

Pronyuk was arrested on 6 July 1972 and charged under Article 62 § 1 of the Criminal Code of the Ukrainian SSR (“anti-Soviet agitation and propaganda”). On 6 December 1973 he was sentenced by the Kyiv Regional Court to 7 years labour camp and 5 years exile. He was tried in the same case as V. LISOVY and Vasyl OVSIYENKO. They were charged with publishing the journal ”Ukrainsky visnyk” (No. 6) and distributing “An Open Letter to the Members of the Central Committee of the Communist Party of the USSR and to the Central Committee of the Ukrainian Communist Party” (written by V. LISOVY).  Immediately after Pronyuk’s arrest, his father was arrested on a trumped up charge, and sentenced in 1972.  He was to die in prison in 1978.

Pronyuk served his sentence in the Perm political labour camps.  Weakened by tuberculosis, he was not able to fulfil his work norm, for which he was constantly punished by the camp administration. On 9 January 1978, Pronyuk sent a letter addressed to the Director General of the ILO about the USSR’s failure to comply with the ILO Convention which it had ratified.

He served his period of exile in a State farm in the Leninabadsk area of Uzbekistan. He worked as a mechanic. The Presidium of the Supreme Soviet of the Uzbekistan SSR suggested that he apply for a pardon, but he refused to write such a request.

In April 1984, having served his sentence in full, he returned to Kyiv. After much difficulty he found work as a library in the scientific research institute Gosavtrotransproekt.

In 1988 he took part in creating the Ukrainian Helsinki Union and was a member of its executive committee. In that same year he was a member of the initiative group which created the Ukrainian chapter of “Memorial” named in honour of Vasyl STUS. In 1989 he provided the momentum for the creation of the All-Ukrainian Association for political prisoners and victims of repression and was elected its chairperson. He took part also in organizing Narodny Rukh Ukrainy [Popular Movement of Ukraine] (Rukh) and in 1990 was one of the founders of the Ukrainian Republican Party (URP), and from that time a member of the Board of the party.

In 1990 he was elected Deputy of the Kyiv City Council and was a member of its Presidium. From 1992 – 1993 he held the position of chairperson of the democratic block of the city council, and from 1992 -1994 he was in charge of the sector of the city council dealing with humanitarian issues.

In 1994 Pronyuk was elected State Deputy (MP) of Ukraine for the Tysmenetsky constituency in the Ivano-Frankivsk region. He worked on the Parliamentary Committee on human rights, national minorities and inter-ethnic relations.

In 1995 he was awarded the honorary order “Sichovy Xhrest” [Sich Cross], and in 1996 the Hungarian order “Cross for accomplishments” in recognition of the friendly contacts between the All-Ukrainian Association for political prisoners and victims of repression and the Hungarian Association of Soviet Prisoners of Conscience.

In 1997 he was awarded the Taras Shevchenko Medal “For selfless work for the good of the entire Ukrainian nation and self-sacrifice in the name of Ukrainian liberation and in support of freedom throughout the world” (the Medal was established by the “Union for the Liberation of Ukraine” in 1977). 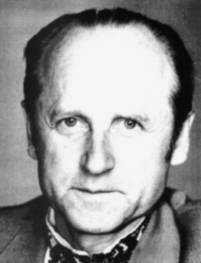