Outstanding Ukrainian translator and linguist, one of the leaders of the literary-artistic wing of the Shestydesyatnyky [Sixties activists]

Lukash was born into a family of teachers. From childhood he picked up foreign languages with ease. He began studying at the History Faculty of the Kyiv State University, but his studies were interrupted by the Second World War. He fought in the Soviet Army from 1943.

In 1947 after graduating from the Institute of Foreign Languages in Kharkiv, Lukash worked as a teacher of foreign languages. He then became head of the Department of Poetry for the journal “Vsesvit” [“Universe”].

Lukash was blessed with phenomenal linguistic talents and had an extraordinarily wide knowledge of foreign literature. He is considered to have been one of the most outstanding Ukrainian translators, translating literary works from 20 languages. He was also one of the figures who created an alternative Ukrainian culture.

He was most prolific during the relatively favourable twenty-year period between 1953 and 1973, when he translated Goethe’s “Faust”, Flaubert’s “Madame Bovary”, the poetry of Schiller, Bocaccio’s “Decameron” and many other works. He was a member of the Union of Writers of Ukraine from 1956 and played an active role in Ukrainian literary life.

Lukash always gave moral support to writers who were being oppressed. Then after the arrest of I. DZIUBA, whom Lukash considered to be the most outstanding figure in Ukrainian culture, he sent a letter to the Head of the Presidium of the Verkhovna Rada of the Ukrainian SSR, the Head of the Ukrainian Supreme Court and the General Prosecutor of the Ukrainian SSR with a copy to the Presidium of the Administration of the Union of Writers of Ukraine, in which he disagreed with the court ruling, calling it unjust, protested against the expulsion of I.DZIUBA from the Union of Writers of Ukraine (UWU) and offered as a person living alone to serve the sentence instead of I.DZIUBA who was a family man and in bad health: “I humbly ask that you allow me to serve the period of imprisonment in his place...”

This act cost Lukash dear. He was dismissed from the editorial board of the journal “Vsesvit” and told that he would be forcibly treated in a special psychiatric hospital. Fortunately these threats were not carried out. On 12 June 1973 the Presidium of the Administration of the UWU voted unanimously to expel Lukash from the Union.

While discussing his personal case, Lukash stated that during the previous years he had been terrorised, not allowed to work normally, that he, indeed, disagreed with the ruling of the court in I. DZIUBA’s case, that everybody had pushed him to retract his criticism but that he considered that even if he were to withdraw “my groan of pain”, nobody would believe him in any case.

For many years he was effectively under house arrest. He was persecuted in all possible ways and his works stopped being published, depriving him of means of existence. For a long time there was a police officer permanently stationed at the entry to his block who didn’t allow anyone to visit him.

Lukash was reinstated in the UWU on the wave of perestroika in 1987, when he was almost a dying man. In 1988 he became Laureate of the Maxim Rylsky Republic Award. Within a few months, on 29 August 1988, Mykola Lukash died.

He did not live to see the publication of a large volume of his translations which came out under the title “From Bocaccio to Apollinaire” in 1990 and became a kind of monument to Lukash. The compiler of the volume, M. Moskalenko states that “in Mykola Lukash Ukraine was sent a Mozartian genius in the truest and most exact meaning of this word”.

“People like Lukash are probably born once in several centuries” is how the prominent Ukrainian translator H. Kochur described him. 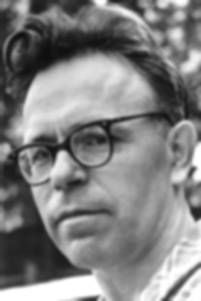