Heiko’s father was in the Military, her mother – a teacher, then Deputy Minister of Education of the Ukrainian SSR, and from 1956, the Editor of the Journal “Doshkilne vykhovannya” [“Pre-school education”], a “pensioner of Soviet significance”.

In 1976, Heiko graduated from the Kyiv State University having specialised in Slavonic Languages and Literature. On 17 January 1976 she married M. MATUSEVYCH, and became involved in the human rights movement. For the latter reason she was not able to find work in her field, with phone calls from the KGB to the personnel departments creating impediments. She worked as a copy editor in the publishing house “Radyanska shkola” [“Soviet school”].

Following the arrest of her husband and M. MARYNOVYCH, on 26 April 1977 Heiko sent a formal statement to the district committee about her withdrawal from the Komsomol as a sign of protest against their arrest, as well as against the arrests of M. RUDENKO and O. TYkhy, and became active in the campaign to defend those arrested. She sent complaints and appeals to the Procurator, to the KGB, made appeals to the world community and met with foreign journalists. On 13 May 1977 she made a public statement that she was joining the Ukrainian Helsinki Group (UHG).  Immediately after the trial of M. MARYNOVYCH and M. MATUSEVYCH, who had asked Heiko to contact Andrei Sakharov, she was tricked into being isolated in a hospital for venereal diseases. She was only discharged two months later, when those tried and convicted had been taken from Kyiv. After her “discharge” from hospital, Heiko was asked to resign under threat that otherwise she would be dismissed under the Article about dismissals “for unwarranted absences from the workplace”.

Heiko continued to maintain close links with dissident thinkers from the national democratic and general democratic movements, with “refuseniks”, believers, the Moscow Helsinki Group (MHG) and with foreign correspondents. She was frequently detained by the police on fabricated pretexts.

At the end of 1978, during a short meeting, M. MATUSEVYCH asked Heiko to leave the USSR. Heiko became involved in questions related to her own emigration and in helping others wishing to emigrate. In April 1979, she received an invitation from the USA.  While trying on 19 April 1979 to get into the US embassy in Kyiv, she was detained by the police.  She was told directly that should she try again to enter the embassy, she would be arrested on a charge of theft or prostitution. Her husband’s permit to emigrate was not authorized, and she was advised in the district OVIR [department of visas and registration] to apply for divorce.  Heiko paid the State tax due and sent her emigration documents to Brezhnev, adding an appeal demanding permission to emigrate, as well as her military ticket and diploma.

KGB officers, including Vladimir Radchenko (who in independent Ukraine was to become the Minister of Internal Affairs, and headed the Security Service of Ukraine), advised Heiko to use an Israeli invitation by first divorcing M. MATUSEVYCH and then registering a fictitious marriage with somebody Jewish. However Heiko continued trying to “push through” her emigration as a Ukrainian.

At the end of 1979, two minors attacked and attempted to rape Heiko.  One of them later threatened to rape and murder her. On 24 November at 4 o’clock in the afternoon in the centre of Kyiv, she was attacked by an unidentified individual and received several blows.  Police officers appeared immediately. Heiko was detained and informed that she was being taken to court on charges of fighting in the street and obstructing police officers. On 10 December 1979 she was detained for several hours in Moscow for taking part in a demonstration at the monument to Pushkin on Human Rights Day.

On 7 January 1980, in the city OVIR, Heiko was told to take her documents and application to emigrate away.  She refused. She also stated that she considered the war in Afghanistan to be an attempt to occupy the country.  Two employees of the military committee and three “witnesses” from behind the door later testified to this in the trial against Heiko. On 12 March 1980 Heiko was arrested and charged under Article 187-1 of the Criminal Code of the Ukrainian SSR (“Dissemination of patently false statements defaming the Soviet political and social system”).  While held in the preliminary detention cell, Heiko wrote a formal declaration of her rejection of Soviet citizenship. During the investigation and at the trial she refused to answer any questions or to sign the protocol records of the interrogations. She did not recognise the court and denied any guilt. On 26 August she was sentenced by the Kyiv City Court to 3 years general regime labour camp. Even her parents only found out about the trial by chance and after it had ended. Her mother was told to renounce her daughter or to hand in her party card.  She left the party.  Heiko served her sentence in Odessa in the camp South 311/74.

On 12 March 1983 having received her documents confirming release, on leaving the penal zone, Heiko was detained by three unidentified individuals in civilian clothes who took her in a mini-van to the local KGB where she was told to renounce her convictions. Heiko refused, after which two employees of the prosecutor’s office appeared and charged her under Article 62, § 1 of the Criminal Code of the Ukrainian SSR (“anti-Soviet agitation and propaganda”).  On 13 October 1983, Heiko was sentenced by the Odessa Regional Court to three years harsh regime labour camp. She served this sentence in the women’s unit of the Mordovian political labour camps, No. ZhKh-385/3 in Barashevo, the Tengushevsk region.

Heiko took part in protest actions and hunger strikes, as a result of which she was often placed in the punishment solitary cell, and seven months before the end of her term – she was held in the camp prison for her refusal in the punishment cell to take off her tights because, as she explained, the temperature in the cell was too low, while her body temperature at 38 degrees was too high.

In 1984 she addressed an open letter to the Lithuanian poet Edward Mezhelaitus, who had spoken out in defence of a Native American terrorist who had declared a hunger strike. Heiko indicated in her letter that the fellow citizens of E. Mezhelaitus were in a far worse position. The letter was distributed both in the West and in Lithuania.

On 12 March 1986, Heiko returned to Kyiv.  For a whole year her application for registration at the home of her seriously ill mother was turned down. She worked as a crèche assistant and pasted playbills.

In August 1987 Heiko was one of the initiators and was elected secretary of the Ukrainsky kulturolohychny klub [The Ukrainian Cultural Studies Club] which for the first time in Ukraine began to discuss “unexplained gaps” in the country’s history. On 26 April 1988, the second anniversary of the Chernobyl Disaster, the Club organized the first demonstration in Kyiv.

From 1990, Heiko was the Chief Editor of the journal of the Ukrainian Autocephalous Orthodox Church (UAOC) “Tserkva I zhyttya” [“The Church and our life”] and worked in the publishing department of the Institute of Archeography of the Academy of Sciences of Ukraine, in the information agency UNIAR, edited “Visnyk liberalnoyi partyi Ukrainy” [“Bulletin of the Liberal Party of Ukraine”], She is presently the head of the broadcasting digest “Ukraina syohodni” [“Ukraine today”] in the information and publishing company “KN”.

The Ukrainian Human Rights Movement.  Documents and Material of the Ukrainian Public Organization to promote the implementation of the Helsinki Accords – Toronto – Baltimore: Smoloskyp. 1978.— pp. 114-115,

The Chronicle of the Barashevo penal zone / Foundation for Soviet Studies Silver Spring.— US, 1986.— p. 69. 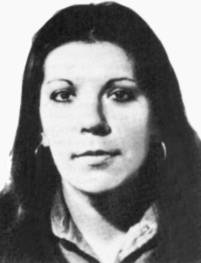