Demchyshyn’s father was from the Vinnytsa region, but moved to the Donbas area in search of work in the 1920s, joined the Party and was a “dvatsadipyatitysychnik” (one of 25,000 activists sent into the countryside by the Party).  According to Demchyshyn, at the age of 10 he began to understand that there was a huge difference between what he was being taught in school and what was really true.

From 1960 to 1965, he studied at the Physics and Technology Faculty in Rostov on the Don, and upon graduating, worked as an assistant in the Faculty of Experimental Physics of the Donetsk State University.

The shooting at those taking part in mass meetings in Novocherkassk and subsequent executions in June 1962, which Demchyshyn was virtually a witness to, served as the first serious spur to begin collecting material and undertaking an analysis of the reasons for social contradictions in the USSR.

After the death of his father, he became increasingly more interested in the humanities and in 1969 entered the Economics Faculty of the Donetsk State University where in two years he completed a four-year course.

From 1962 to 1968 he prepared material for a book he was planning to write on seeking the causes of contradictions and a way of resolving them. In 1969 he finished the book “K peresmotru” [“For reassessment”], in which he described the contradictions and degeneration of the USSR and predicted its collapse in the future, providing outlines for possible renewal and the creation of a state based on the rule of law. In the book, he analysed the contradictions between the idea and the practice of socialism and the losses and harm incurred by the State as a result of these contradictions. Demchyshyn estimated, in particular, the number of victims of the artificially-created Famine of 1932 – 1933 suggesting a figure of 8 million people.  He demonstrated that the Party dogma, dictatorship, party-clan-based approach to all problems were leading to the USSR falling ever further behind developed countries, and to the development of “a cold war” which would inevitably erode the Soviet Union from inside and lead to its collapse.  The main suggestion for changing the situation was a scientific, not Party-based approach in each specific instance.  Given that it was impossible without the involvement of the authorities to even make an experimental model, Demchyshyn sent his manuscript to Kyiv and Moscow.

As a result of this book, on 5 May 1970, Demchyshyn was arrested and charged with “anti-Soviet agitation and propaganda”, under Article 62 of the Criminal Code of the Ukrainian SSR.  The manuscript disappeared somewhere in the recesses of the KGB.

On the basis of a psychiatric assessment carried out in the Dnipropetrovsk Special Psychiatric Hospital, Demchyshyn was declared mentally unfit, with the diagnosis “schizophrenia”, but with the recommendation to discharge him through a general psychiatric hospital. However, the Donetsk Regional Court, whose ruling was upheld by the Supreme Court of Ukraine, sent him on 31 July 1970 for compulsory psychiatric treatment to the Dnipropetrovsk Special Psychiatric Hospital where in the summer of 1970 he was subjected to a full course of insulin shock therapy, and then in autumn was sent to a general hospital. Twice (in 1970 and 1971) Demchyshyn appealed to the court to declare him fit and capable, but the court ignored both his applications and the documents of the treating doctors allowing his discharge.

In order to have a second examination, Demchishin agreed in 1971 to be sent to the Dnipropetrovsk Special Psychiatric Hospital.  He was again treated - a second intensified course of insulin shock therapy was carried out and he was held there until November 1973.  The treatment had an adverse effect both on his heart and his psychological state.

A decision of the Donetsk regional court of 19.03.75 changed the forced medical treatment measures to treatment in a general psychiatric hospital.

After his release from the Donetsk psychiatric hospital in May 1975, Demchishin did not take part in any political activity. He was assigned group 2 disability status which entitled him to a small pension and the possibility, as he put it, to work for himself, growing vegetables, then flowers.

Demchishin was rehabilitated in 1991, however only in 1997 did he receive the document from the Security Service confirming his rehabilitation. At the present time, he lives in Volnovakh in the Donetsk region and works in a small commercial enterprise.

He is still continuing his struggle to be recognized mentally fit and to have his psychiatric diagnosis withdrawn. 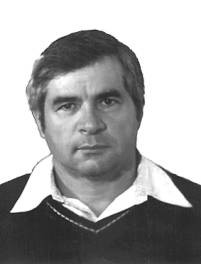