Himself from a family of civil servants, Mykola Bereslavsky witnessed the campaign against the ‘kulaks’ and the deportation of Ukrainian peasants to the North, Holodomor [Famine] of 1932-1933, the repressions of the 30s (in his village 112 people were victims of repression, including teachers). During the Second World War Bereslavsky was forcibly taken to Germany, but twice escaped from the camps.

At the suggestion of an émigré professor from Poltava, from September 1943 to April 1945, he studied social and political science and Ukrainian Studies in the Ukrainian Economic Academy in Czechoslovakia, where he met with Ukrainian patriots of different generations, became familiar with periodicals and literature of Ukrainian and Russian émigrés and also studied the history of Ukraine.  From April 1945, Bereslavsky was in the Soviet Army and served in Germany, Czechoslovakia and Austria before being demobilized in 1947..

From 1948, Bereslavsky worked at a butter and cheese factory, first as a laboratory assistant, then, from 1954 to 1961 as the head of his workshop.  From 1949 to 1953 he studied in the Berdyansk and Donetsk Teachers’ Training Institutes. Appalled by the policy of Russificiation in Ukraine, and the violation of human rights, in the 1960s Bereslavsky circulated information about mass arrests and the persecution of the Ukrainian intelligentsia.  He himself wrote and called on others to write protests to higher authorities about laws being violated and distributed samizdat.  Despite the fact that he was supporting three children and a mother in ill health, having despaired of achieving justice by any other means, Bereslavsky felt driven as an act of protest against lawlessness to set himself alight (as had Jan Palakh in Czechoslovakia).  He decided to carry this out on 10 February 1969 near the monument to Taras Shevchenko in Kyiv, having prepared in advance banners with the following words: “Fight for the legitimate rights of the Ukrainian language”, “Freedom for representatives of Ukrainian culture”.  However the weather made it impossible for Bereslavsky to carry out his protest act near the monument to Shevchenko (it was snowing and very cold, at minus 18 degrees Celsius), and he decided to go ahead with his plan in the foyer of the Kyiv State University. He draped the banners over him and began making his speech, but was swiftly seized and taken away by the KGB.

At the time of his arrest, Bereslavsky was unable to work as he was registered disabled with group II status.

On 30 May 1969, the Kyiv Regional Court sentenced Bereslavsky under Article 62 of the Criminal Code of the Ukrainian SSR (‘anti-Soviet agitation and propaganda’) to two and a half years harsh regime labour camp. He was accused of “anti-Soviet activities” and “anti-Soviet agitation and propaganda”, evidence of which was supposedly provided by his personal letters, and of involving other people in anti-Soviet activities, i.e. the intention to commit suicide through self-immolation.  He served his sentence in the Mordovian political labour camps.

In the camps he took part in various protest actions and hunger strikes for which he was punished several times.

After his release in 1971, Bereslavsky wrote articles for the samizdat journals “Ukrainsky visnyk” [“Ukrainian Herald”] and “Porohi” [“Thresholds”].  His works became known abroad, particularly by radio, for example “Khto vynuvaty?” [“Who is responsible?”]; “Kudy idemo?” [“Where are we going?”]; “Movni problemy slid vyrishuvaty spravedlyvo” [“Language issues need to be resolved fairly”], in which he spoke about the dying of his native (Ukrainian) language, and the need for and possible ways of reviving the language;  “Khto i yak vstanovlyav radyansku vladu v Ukraini” [“Who was responsible for establishing Soviet rule in Ukraine and how it was done”] – a historical study which was printed in several issues of the Dnipropetrovsk newspaper “Vilna Dumka” [“Free thought”], and other works.  For this activity he was subjected to surveillance, intimidated, summoned to questioning in the KGB and had his home searched after the arrest of friends – O. MESHKO, L. LYKYANENKO, M. RUDENKO, O. TIKHY, I. SOKULSKY and others. Nonetheless, Bereslavsky maintained unbroken contact with I. TEREL, N. SVITLYCHNA, V. KALYNYCHENKO and P. RUBAN.

Bereslavsky is now retired, and lives in Dnipropetrovsk. Despite his years and ill health, Bereslavsky continues to maintain close contact with many former dissidents, leaders of the majority of parties, human rights groups and organizations.  In 1998 Bereslavsky was included in the seventh issue of the publication “Five thousand outstanding world figures” which has been published by the American Biographical Institute (ABI) since 1967. 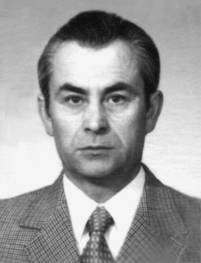 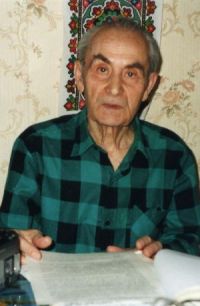