Lisovy was born into a peasant family.  During long winter evenings in childhood he listened to the tales of people from the village about the national revival of 1917 – 1920 (his mother’s words were remembered: “we carried a portrait of Taras Shevchenko, sang Ukrainian songs, and they punished us for it”), about collectivization, the campaign to dispossess and crush the “kulaks” (more affluent and/or successful peasants), the Holodomor [Famine] of 1932 -1933.  These tales were significantly different from all that was presented in school.

In 1962 he graduated from the History and Philosophy Faculty of Kyiv University and lectured in Philosophy at the Ternopil Medical Institute.  From 1966 – 1969 he was a PhD student at Kyiv University, specializing in Logic, and also taught at the university.  From 1969 he worked at the Institute of Philosophy of the Academy of Sciences of the Ukrainian SSR. In 1971 he defended his PhD thesis on the theme “A Philosophic logic study of everyday language”. He was a member of the Party.

He began distributing samizdat in 1961. From 1966, as well as his academic work, he was actively involved in preparing, keeping and circulating samizdat among Phd students, and – with the help of V. OVSIYENKO – among undergraduate students.

It was the second wave of arrests of members of the intelligentsia in 1972 which prompted Lisovy to open protest.  Together with Y. PRONYUK he issued №6 of the samizdat journal  “Ukrainsky visnyk” [“Ukrainian Herald”], which they revived in order to provide society with information about those arrested and to undermine the charge against those arrested of having published the previous issues. Lisovy also wrote “An Open Letter to the Members of the Central Committee of the Communist Party of the USSR and to the Central Committee of the Ukrainian Communist Party”, This ended with the following:

“Taking into consideration the conditions under which this letter is being submitted, it would be difficult for me to hope for a constructive reaction to it. Although I am not appearing here in the role of respondent, nor witness, nor even in any role as somebody involved in this case which is now called “the Dobosh case”,  after passing on this letter I will without any doubt become one of the “enemies”.  Perhaps this is correct since Dobosh has been released and the “Dobosh case” is simply a case directed against the living Ukrainian people and living Ukrainian culture. Such a “case” does indeed unite all those arrested. However I consider myself to also be implicated in this case, which is why I ask that I also be arrested and tried”,  (Yaroslav Dobosh, a Belgian national, had met Shestydesyatnyky [Sixties activists] at the end of 1971 in Lviv and Kyiv, had been arrested by the KGB, and after “admitting guilt” on television and in the press, had been deported to Belgium where he immediately withdrew his statements).

The letter was basically intended for distribution in the form of samizdat material.  For this purpose more than a hundred copies were prepared on a typewriter between June and July 1972, and a list was drawn up of people who should be given a copy. However on 6 July 1972, Y. PRONYUK was arrested while carrying a pile of prints from the typist. Lisovy had had time on 5 July to send one copy written by hand and addressed to Brezhnev, and to take one copy to the correspondence department of the Central Committee of the Ukrainian Communist Party for Shcherbytsky, and to hand one to the secretary of the Party committee of the Institute of Philosophy. On 6 July Lisovy was summoned to the Institute and detained. On 8 July he was expelled from the Communist Party.

Lisovy rejected all accusations that he had committed a crime. The Kyiv Regional Court on 6 December 1973 sentenced him to 7 years harsh regime labour camp and to 3 years exile under Article 62 §1 of the Criminal Code of the Ukrainian SSR (“anti-Soviet agitation and propaganda”).  Y. PRONYUK and V. OVSIYENKO were also tried in the same case. In 1974 his PhD status was withdrawn.

He served his sentence in the Mordovian political labour camps No. ZhKh-385/3 in Barashevo and from 1974-1975 № 19  in  Lesnoye..  At  the end of 1976,  together  with other political prisoners he was moved to the Urals: VS-389/35, Polovynka until the middle of 1978 then № 37, Vsekhsvyatskaya, one of the Perm political labour camps.  He suffered countless punishments for his insistence on political prisoner status (refusing to work and to wear name tags) – he was not allowed to buy extra food [“laryok”] and spent periods in the punishment isolation cell.

In 1979 he was sent to exile in Novaya Bryan, Zaigraevsk district of the Buryatin Autonomous Republic of the USSR.  As a result of his protest against Soviet troops occupying Afghanistan, on 17 July 1980 Lisovy was sentenced for “parasitism” to one year harsh regime labour camp. The remainder of his exile period he spent in Ilka in the same area. He worked as a lathe operator in a car repair factory. Lisovy was joined in exile by his wife Vera and children Myroslava and Oksen.

In Kyiv he was unable for a long time to find work, and it was only after he made a request to the KGB that he was taken on as a research assistant in the Kyiv History Museum.  He worked for two years in the Velykodmytrivska school in the Obukhivsky district, which he had himself once attended. In 1989 he was rehabilitated and had his PhD officially reinstated, as well as his position in the Institute of Philosophy of the Academy of Sciences.

He presently gives lectures on philosophy and political science in the International Institute of Linguistics and Law, and runs a special course on “Political Ideology” at the Kyv-Mohyla Academy. He writes academic literature, and articles in the field of political science. 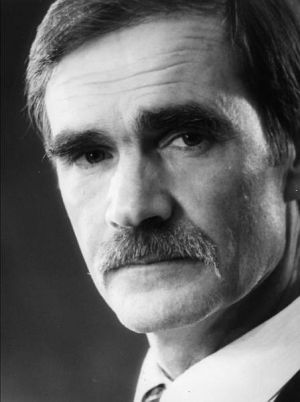