Patriarch of the Ukrainian Orthodox Church of the Kyiv Patriarchate; Member of the Organization of Ukrainian Nationalists (OUN) and the Ukrainian Helsinki Group (UHG); former political prisoner

Romanyuk first fell into the hands of the NKVD at the age of 19 for belonging to the Organization of Ukrainian Nationalists (OUN). In autumn 1944 he was sentenced by the Military Tribunal of the NKVD of the Stanislavsk (now Ivano-Frankivsk) region to 20 years deprivation of liberty in “corrective labour”  camps. This sentence was however reduced to 10 years as he had been convicted as a minor. He served his sentence in the Kustolivsk agricultural penal colony No. 17 of the Poltava region.

In 1946 in the camp he was tried and convicted again this time for “anti-Soviet agitation and propaganda” (Article 62 § 1 of the Criminal Code of the Ukrainian SSR).  He was moved to the Magadan camps.

In 1959 Romanyuk was rehabilitated, after which he was able to return to Ukraine. He served as a deacon in the Church, then in 1964 entered the Moscow Seminary, and served as a parish priest in the Ivano-Frankivsk region.

Following the arrest of the historian V. MOROZ  on 1 June 1970, Romanyuk spoke out in his defence, as a result of which his church community in the village of Kosmach in the Kosivsky district was broken up and he was prohibited from carrying out services.

In January 1972 he was arrested, and in July of that year sentenced under Article 62 § 1 of the Criminal Code of the UkrSSR (“anti-Soviet agitation and propaganda”) to 7 years special regime labour camps and 3 years exile. He was declared a particularly dangerous repeat offender.

He served his sentence in the camp ZhKh-389/1-8 (village of Sosnovka, one of the Mordovian political labour camps).  He took part in hunger strikes on the Day of the Political Prisoner, Human Rights Day, the day commemorating the beginning of the repressions in Ukraine of 1972 and other protest actions. On 1 July 1976 he renounced his Soviet citizenship.

In 1977 Romanyuk, together with E. Kuznetsov and D. SHUMUK joined the Committee for promoting a better climate among political prisoners, mutual respect and recognition of the human rights of the individual.

In 1978 he and O. TYKHY drew up a document with the title “Istorychna dolya Ukrainy. Lyst ukrainskykh politvyazniv. Sproba uzahalnennya” [“The Historical fate of Ukraine. A letter from Ukrainian political prisoners. An attempt at an overall view”) in which they declared as the highest principle for civic and inter-ethnic co-existence the UN Universal Declaration of Human Rights, UN pacts and documents on independence and sovereignty of states and peoples and distanced themselves from the politics and practice of the Communist Party of the Soviet Union as regards the national question and in its interpretation of the concept of “democracy”.  In the section “The Historical fate of Ukraine”, the authors’ view on the results of the joining of Ukraine to Russia was presented, these having been particularly devastating during the Soviet period (with collectivization and the campaign against more affluent peasants (“kulaks”), the Holodomor [Famine] of 1932-33, the repressions of the 30s and of the post-War period, and so forth).  They expressed the hope therefore in the future to see Ukraine an independent democratic State where each citizen’s rights would be safeguarded.  Finally, in the third section “Possible forms of resistance”, the authors suggested as means of saving the nation from spiritual and cultural destruction accepting certain “norms of behaviour for a Ukrainian”. These boiled down in the main to showing passive resistance to the policy of Russification, to using only their native, Ukrainian, language, to not serving in the army beyond the territory of Ukraine, to not working beyond Ukraine’s borders, and so forth. In addition, they called on Ukrainians to adhere to universal human norms of behaviour: to not use bad language, to not get drunk, to not amass luxury items, to not hoard money, but to spend it on good deeds, etc. In their conclusion Romanyuk and O. TYKHY wrote: “One does not need to break the law. It is sufficient to use the laws proclaimed by the Constitution of the USSR”.

Romanyuk was also a founding member of the Society of former Soviet political prisoners.

In 1978 a group of prisoners of the Mordovian camps who were members of the Ukrainian Helsinki Group (UHG), among them S. KARAVANSKY, B. REBRYK, D. SHUMUK and others, recommended Romanyuk as a member of the UHG.  He was declared a member of the Group in February 1979.

On 13 January 1979 two guards beat up Romanyuk who declared a hunger strike in protest. Two days later he was taken by convoy to his three year exile. On the journey he suspended his hunger strike. A week before this journey, all of Romanyk’s things had been taken away to be searched. They were returned just before the journey and he was assured that everything was in its place and nothing had been removed. He soon discovered, however, that all his manuscripts had been taken. And during the journey they also took his prayer books and a notebook with psalms.

Romanyuk served out his period of exile in the village of Sangar in Yakutia where he worked as a stoker and a guard. His wife joined him there.

In February 1982, after 20 years of captivity, Romanyuk returned to Kyiv where his family lived. He was immediately put under administrative surveillance.

From 1987 – 1990 Romanyuk worked in North America in a parish of the Ukrainian Autocephalous Orthodox Church (UAOP) in the Diaspora, and involved himself in literary work, including writing the book “Holos u pusteli” [“Voice in the wilderness”].

In 1990 Romanyk became a monk, taking the name Volodymyr. From 3 May 1990 he was the Bishop for Uzhhorod and Vynohrad, later the Archbishop for Vyshhorod and Bilotserkva, and Vicar of the Kyiv UAOP.

At the beginning of 1993 Romanyuk became the Archbishop of Lviv and Sokal, and a member of the Sacred Synod of the Ukrainian Orthodox Church of the Kyiv Patriarchate (UOC KP).  From 13 May 1993 he was in charge of the Patriarchal Alter of the UOC KP and Metropolitan for Chernihiv and Sumy. In October 1993 he was chosen Patriarch of the OUC KP.

The leadership of the OUC KP decided to bury Patriarch Volodymyr on 18 July in the grounds of St Sophia Cathedral in Kyiv. The authorities refused to issue permission, giving as their reason that St. Sophia Cathedral was a historical and architectural monument under the protection of UNESCO, and suggested that the Patriarch be buried in Baikove Cemetery. The new Patriarch of the OUC KP initially agreed however at the last moment he rejected such a solution for the burial.  Many believe that this sudden change of mind was under the pressure of ultra-nationalist groups, in particular, the Ukrainian National Assembly – Ukrainian National Self-Defence (UNA-UNSD), and some State Deputies (MPs). As a result, the funeral procession was returned to St. Sophia Square. The law enforcement bodies, attempting to prevent the burial, clearly overstepped their authority, which led to brutal beatings of those taking part in the funeral by the special unit “Berkut”, as a consequence of which innocent civilians were injured. This day has become known as “bloody Tuesday”.

Patriarch Volodymyr is buried in the Square near the bell-tower of St. Sophia Cathedral. 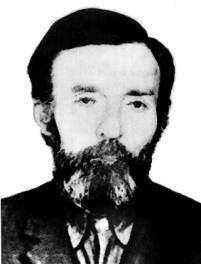