Writer, nationalist and political prisoner for many years in the GULAG

In 1946 the area where Klymchak was born officially became part of Poland, and then in 1951 was returned to Ukraine.  In order to finally defeat the resistance fighters, all the villages of the Zabuzky area were, village by village, burned to the ground and the villagers were taken away in goods trucks and resettled in the neighbouring Ternopil region.

In 1949 Klymchak’s elder brother, Myron, a member of the Organization of Ukrainian Nationalists (OUN), was arrested and sentenced under Article 58 of the Criminal Code of the Ukrainian SSR (“Armed uprising”) to 25 years deprivation of liberty.  After this the whole family was sent to a special settlement in the Khabarovsk region.

In 1953, with the permission of the special commandant’s office, Klymchak entered the Magadan Mining Technical College.

In 1957 Klymchak’s brother was released, and the rule forcing the family to live in a special settlement cancelled.

Throughout all four years of his studies, Klymchak argued not only with his fellow students, but also with the special commandant’s office, refusing to believe the official propaganda. He never in fact entered the Komsomol, and was regularly “worked on” (ideologically).

Having just received on 15 June 1957 his diploma as a mining technician, on 17 June Klymchak was arrested and was sentenced to 5 years labour camp under Article 58-10 of the Criminal Code of the Russian SSR (“propaganda or agitation, containing the call to overthrow, subvert or weaken the Soviet regime, or to commit counter-revolutionary crimes”). He served his sentence in the Magadan region, on the Taishetsk line in the Irkutsk region and in Mordovia.  At the end of the five years, he returned to Ukraine.  He could not find a job according to his qualifications and was often forced to change jobs. He remained under constant KGB surveillance, and there was even an attempt to accuse him of diversion, however the “proof” fell apart and the case was closed.

In 1963, Klymchak married and his daughter was born.  Things did not work out, however, and after 14 months he and his wife separated.

Klymchak began writing at Kolyma. In 1958 he wrote the short novel "24 hours in the life of a prisoner".  In moving to Taishet, this first work was lost, however Klymchak rewrote it in 1961.  From 1962-1972 he wrote six lyrical miniatures and from 1973 began a series of short novels with a political theme. In them he tries to come to grips with the past, the present and possible future of Ukraine. In 1976 he wrote the short novel “Oaza” [“Oasis”], the most important of his works, the theme of which was the idea of creating a symbolic pantheon of Ukraine.

Constant threats from the KGB, the impossibility not only of publishing his works, but of even showing them to anyone, led Klymchak to decide to leave the USSR and in 1978 he crossed the Soviet-Iranian border in the area around Takir in Turkmenia.  With him he took works he had written at various times - "24 hours in the life of a prisoner", "The Problem of Planet No. „BK 666/3", "Tango Italiano", "Memories of the past" (1973), "Say that I’m dead" (1974), "Oasis",  «The Immoral Code of a builder of communism" (1976), and also several favourite works translated into Ukrainian (Hesse’s "Steppenwolf", Seneca’s “Selected letters” and Hemingway’s “The Snows of Kilimanjaro”).
Having crossed the border, Klymchak gave himself up to the authorities, explaining that he would like to be taken to the British Embassy and that he was planning to ask for political asylum in the United Kingdom. However, in accordance with an agreement between the USSR and Iran, which Klymchak had clearly not been aware of, 9 days later, on 1 October 1978 he was handed over to the Soviet authorities.

Klymchak was charged under Article 62 of the Criminal Code of the Turkmenian SSR (“State treason“) as well as Article 62 of the Criminal Code of the UkrSSR ("anti-Soviet agitation and propaganda"). On 18 June 1970 he was sentenced by the Lviv Regional Court to 15 years harsh regime labour camp and 5 years exile. While serving this sentence in the Perm camps VS-389/36 and 35, he constantly carried out protest acts against being deprived the right to correspond or to have visits.  In 12 years imprisonment Klymchak spent 590 days in punishment isolation cells, 10 months in prison-like cells. He was sentenced to a 3 year prison term (1981-1984, the Chistopol Prison in Tatarstan), he was held on reduced food rations for 7 months and was not allowed even one visit. Klymchak claims that the worst regime in the camps was that under Gorbachev.

In 1987, Klymchak categorically refused to sign any paper which was offered as condition for his release. On 11 November 1990 he was the last of the Ukrainian political prisoners to be released. The sentence of the Lviv Regional Court was revoked.

In 1994 Klymchak’s book “Oaza-hora” [“Oasis-Mountain”] 1994 was published in Lviv. It contains the most important of his works, as well as his memoirs.  In 1999 he published a collection under the title “Onovleny dekaloh ponevolenoho ukraintsa” [“The Updated Decalogue of a subjugated Ukrainian“].
He lives in Lviv. 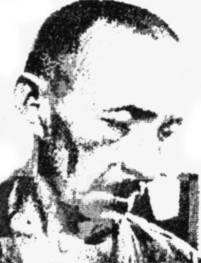