In 1970, on the eve of elections to the Verkhovna Rada of the Ukrainian SSR, in Uzhhorod leaflets from “Party for the non-violent restoration of Carpathian Rus” were dispersed with calls to vote not for the official candidates but for Kampov and three other people. Two days after the elections, Kampov was arrested. He was charged under Article 62 §1 of the Criminal Code of the Ukrainian SSR (“anti-Soviet agitation and propaganda"), supposedly demonstrated in the distribution of these leaflets.  According to the investigator, 20% of the voters had crossed out the name of the official candidate on their ballot papers, and had written in Kampov’s name. He was also accused of being the author of a book with the title "25 rokiv nadiy i rozcharuvan” [25 years of hope and disillusionment"], written under the pseudonym Petro Pidkarpatsky. An Uzhhorod court in closed session sentenced Kampov to 6 years harsh regime labour camp and 5 years exile.

He served his sentence in the Mordovian political labour camps. He was transferred for observation to the Perm region where in 1973 a medical commission assigned him second group disability status.  His exile passed in the Tomsk region, however due to his rapid loss of sight and sharp deterioration in health on 18 April 1977 he was allowed to return home.

In the Uzhhorod clinic, Kampov was given first group disability status, with a diagnosis of chronic pneumonia, aortic sclerosis, full atrophy of the left eye, and partial atrophy (7% sight) of the right eye.

Kampov looked for work as a mathematician, economist or accountant for a long time, but with no success. He then began writing letters to the Central Committee of the Communist Party of the Soviet Union and to L. Brezhnev. He was summoned on numerous occasions to the KGB and questioned with regard to the cases of A. Ginsburg, L. LUKYANENKO, O. MESHKO and I. KANDYBA.

On 22 April 1981, the KGB carried out a search of Kampov’s home. They removed official correspondence connected with Kampov’s plan to emigrate (letters from the Canadian embassy, from the Governor of the State of Pensylvania (USA), a notebook, personal letters, a photo of Andrei Sakharov, the manuscript of Kampov’s books “Vykhovaty ludei dobrymy” [“Developing goodness in people”] and reviews of the book from the publishing house “Karpaty” and manuscripts of various articles”.  On the same day Kampov was arrested. The Head of the Uzhhorod Department of the Ministry of Internal Affairs, Motenko stated that his arrest had been agreed with the KGB.  Kampov was sent for medical examinations and his disabled status was reclassified from first group to second.  He was then sent for a repeat examination to Dnipropetrovsk, to the institute of labour expert examinations, where his disabled status was entirely removed.  It was only after this that Kampov was formally charged with having illegally received a disability pension (Article 83 § 3 of the Criminal Code of the UkrSSR "theft of property by means of fraud").  He was also accused of receiving additions to his pension through deceit, claiming that he was responsible for maintenance of his daughter, whereas the latter was then living with her mother who had divorced Kampov after his arrest.

The court sentenced Kampov to 10 years harsh regime labour camp, with confiscation of all his property (including his own personal house in the city which he had bought 20 years before his imprisonment, “payment of the stolen social security pension” to the sum of 3,260 roubles, 40 kopecks, as well as 3 years exile.

Kampov was first held in a camp in Lviv where he was taunted because being almost blind he couldn’t work, then in the Kirov region where he constantly demanded to be taken back to Ukraine, refusing to eat every second day.

In 1982 the journal "Suchasnist", which comes out in the USA, published his appeal to the UN "Transcarpathia in the clutches of superpower chauvinists".

It was impossible to appeal against the sentence immediately through the lack of any documentation. He was only able to get a copy of the sentence in 1988.  The human rights activists A.S. Prybuktov from Kuybyshev and N. Lisovska from Moscow took up Kampov’s cause.  They prepared a complaint to be sent to the Chairperson of the Supreme Court of the Ukrainian SSR, however since they were not entirely satisfied with everything in their text, they turned to the well-known human rights activist and lawyer, S.V. Kallistratova. N. Lisovska was through incredible fortune able to see Kampov in the Kuybyshev prison hospital where he was then being treated. Kampov was scarcely able to believe that Lisovska had come, when he began to describe his three years in the Kirov prison hospital (he fell ill with a lung inflammation being taken from the camp which is in the Kirov region): “During that period over one hundred sick people passed through the hospital, being transported from the south up north. It seemed as those some camps were being relocating in the north…” Here the officer who had been listening to the conversation stopped Kampov, but did not, fortunately, put an end to the meeting.  On Lisovska’s question whether he had a copy of the sentence, he shrugged his shoulders as a child might and said: “They never gave me any documents, and I never asked for them. I didn’t ask for anything since having found out that they were accusing me, a person who has never in his life told a single lie, of fraud, I refused to talk to them altogether".

The Article under which Kampov was convicted was not political which meant that he was not “pardoned” in 1987-1988.  He was released from the camp on 30 August 1989 on the ruling of the Presidium of the Transcarpathian Regional Court thanks to the efforts of human rights activists.

Kampov now lives in Uzhhorod and is very active in civic work. He is the head of the local section of the All-Ukrainian Association for political prisoners and victims of repression. 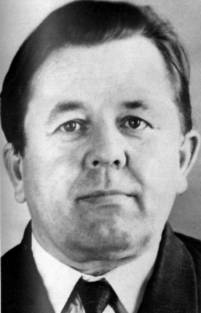