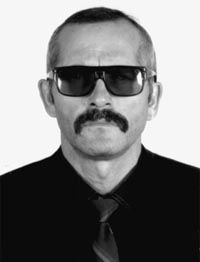 What would you like people to know about the Ukrainian Helsinki Group, and more generally about the dissident movement?

Since these days young people know virutally nothing about the Ukrainian Helsinki Group or about the dissident movement, as much information as possible is needed, particularly about the reasons for the creation of the UHG, about its actions and the methods of the punitive bodies.

One often hears people who were on Maidan in November – December 2004 say that they simply had no choice.   For you in those earlier years, was there a choice?

For me personally in the 1970s there was no choice (such was my state of mind over what was going on around me)  And now for the time being there is a real and serious chance to eliminate wrong and establish justice.

How would you explain the term “dissident movement” to young people? Did you consider yourself a dissident?

Dissidence was the opposition to a hostile state system. We considered ourselves to be dissidents on the wave of national patriotism since there was a dominating policy of Russification.

The word “inakodumets” [“somebody who thinks differently”] is difficult to translate into English. Is this a purely linguistic issue, or is such a concept inappropriate in a pluralistic society?

Today the concept can probably only be used in information about the past, as a synonym for dissident.

The demand of the dissidents of the 1960s – 1980s “Obey your own laws!” has been interpreted by many people as a ploy, since nobody believed that it was possible. There is a view however that the members of the UHG did in fact hope for some kind of dialogue with the regime. What is your opinion? How relevant in today’s Ukraine is the demand that the law be respected as a foundation for defending human rights?

The dissident movement of the 1960s and 1970s was very mixed, even in terms of the question of trust in (a certain part of) the regime. Among prisoners there were those who wanted to improve the system and ended up serving sentences for that. These days there is no problem with the law with regard to human rights defence. The problems like more in lack of implementation or abuse of the law.

What, if any, events and / or views prompted you to oppose the Soviet regime?

National convictions, and the arrests of January 1972.

You opposed a powerful and repressive regime. One finds all too often in life that people let us down even when little is effectively at stake. In those days it was even dangerous to help a person out of favour with the regime. How much support did you have? Was it of importance to you (in fact did you know) that there were campaigns in other countries in defence of political prisoners?

The support was moral and material, as much as the regime made that possible. That gave strength, energy and faith that we were right and needed.  We knew about western support from radio broadcasts.

For young people in Ukraine and people in the West it’s hard to understand the fear that reigned in society, what it could cost a person to put his or her signature to an appeal or even simply to write to political prisoners. Is such knowledge needed?  Is there any chance that such knowledge could at least a little act as some kind of “vaccination” to prevent the loss of freedom? What in your view creates and strengthens immunity both of the individual, and of society as a whole?

Such knowledge is needed. After all it is only through comparison that one can value something, partiuclarly freedom.

How do you feel about people who collaborated with the punitive bodies?

Negative, except in cases where it was needed in order to gain information from those bodies.

What objectives did you set yourself at the time?  Has your idea of freedom changed since then?

To do at least something for the rebirth of Ukraine. My view of “freedom” these days is much broader than it was then.

What advice would you give a “new” generation defending human rights?

To not make human rights defence a goal in itself, but rather a means towards establishing a law-based and truly democratic system in Ukraine.