During the Second World War, Kochur was on occupied territory. He took part in the Ukrainian cultural movement and met with literary figures in Halychyna (Western Ukraine). On 8 October 1943, Kochur and his wife were arrested and accused of belonging to the OUN (the Organization of Ukrainian Nationalists) and of distributing nationalist literature to people they knew. Kochur denied any guilt. On 11 March 1944 he and his wife were sentenced to 10 years deprivation of liberty and 5 years loss of rights.  Kochur served his sentence in Inte, the Komi Autonomous Republic of the USSR.  He played a leading role there in an internal circle of the intelligentsia, not ceasing his creative activity, writing verse and with the help of other prisoners studying new languages, in particular Estonian, Latvian, Armenian and Georgian.

On 8 January 1957 both Kochur and his wife were rehabilitated by the Military Tribunal of the Kyiv Military District.  Kochur returned to Ukraine and settled in Irpen, near Kyiv. He worked a lot and very productively, with his translations encompassing 26 centuries (from Ancient Greek to contemporary poetry), three parts of the world (Europe, America and Asia), and the literature of around 30 countries.  He wrote articles on the theory of translation, prefaces to the publications of foreign authors, numerous book reviews, and reminiscences. His home in Irpen was a centre where the opposition-leaning creative intelligentsia met, and where various issues of literature and Ukrainian studies were freely discussed.  Young translators gathered around the “maestro” (as they called him). It was he who encouraged Ivan SVITLYCHNY to try translating.  Later, together with Ivan SVITLYCHNY and E. Kryub, Kochur prepared an anthology of modern French poetry which disappeared due to the names of the translators into some cupboard in the publishing house. Kochur was actively involved in the organization and running in the Union of Writers of Ukraine (UWU) of evenings in memory of outstanding figures of Ukrainian culture. Yet he himself was accepted into UWU only in 1968.  In February 1966, he was one of the 78 writers who signed a letter to the Prosecutor of the Ukrainian SSR and the Head of the Ukrainian KGB in defence of their friends and others close to them arrested during the first wave of arrests. In April 1968 his signature was one of the 139 protesting at the political trials occurring in Moscow and in Ukraine. Kochur helped authors the printing of whose works had already been banned.

In the 70s Kochur was more and more often on the list of those who got “pulled apart” at various gatherings, and ended up on “blacklists” in particular for meeting with Ukrainian literary figures from abroad. In 1973, during the second wave of arrests among the Ukrainian intelligentsia, Kochur was expelled from the UWU: despite pressure, he did not give the KGB the testimony they demanded against Y. SVERSTYUK. He was virtually totally deprived of the possibility to have his works published.

It was only in 1988 that Kochur was reinstated in the UWU. In 1989 a small collection of his verse entitled “Intynsky zoshyt” [“Notebook from Inte”] with his camp poems from the “barbed wire dragon” was published. In 1991 a volume of selected translations came out under the title “Druhe vidlunnya” [“Second reflection”].
In the words of the critic and specialist in translating, M. Novikova, Kochur’s collection of translation is “at once an event of Ukrainian culture, a document of our times and a polyphonic monologue of Kochur himself”.

Kochur was awarded the Maxim Rylsky Prize for his translations and the Taras Shevchenko State Award for his book “Druhe vidlunnya”.

It was only at the age of 82 that Kochur was finally given the opportunity to accept invitations from abroad and to make presentations at academic conferences in the USA (the Illinois University, 1991), Poland and the Czech Republic (1992). He was a full member of the Taras Shevchenko Academic Society.
Hryhory Kochur died in December 1994 in Irpen where he is buried.. 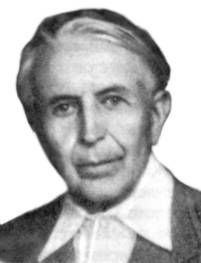