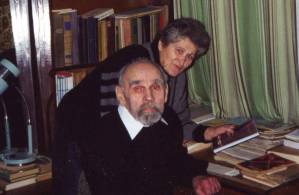 Interview given by Anna Hryhorivna  Masyutko. Recorded in Dnipryany, Kherson oblast’ on 10.02.2001 in the presence of Mykhaylo Masyutko who was not capable of telling the story himself.